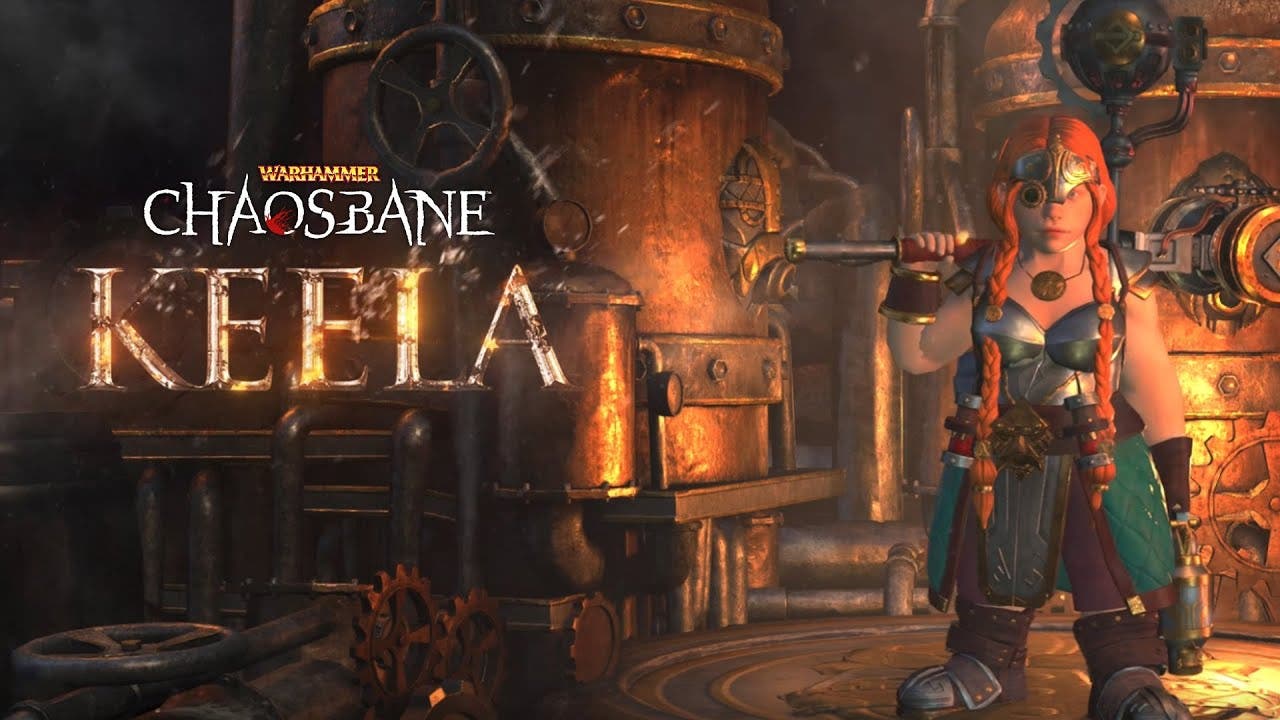 Lesquin, France, March 10, 2020 – NACON and Eko Software are pleased to announce a new free character for Warhammer: Chaosbane. Joining the four heroes already in the game – the soldier Konrad Vollen, the mage Elontir, the dwarf slayer Bragi Axebiter and the archer Elessa – Keela is trying to save the Empire and repel Chaos in a new mission that adds around two hours of additional play time.

Keela is a dwarf engineer. The combination of her skills in engineering, hydraulics, explosives and alchemy make her a fearsome opponent. In hand-to-hand combat, Keela deals heavy damage with a war hammer of her own design. She’s also capable of inflicting short and medium-range damage with her hand weapons.Players will get the most out of this character by combining her various skills.

Keela takes players to a new environment: the Forges. During this new story arc, players must investigate the events happening around the Forges of the Empire capital, Nuln. The Gunnery Master of the famous Imperial Gunnery School has put out a call for help: the foundry complex is in the grip of a terrible affliction. The city’s best engineers are trapped inside. Players must break inside the complex to try and save the trapped engineers and defeat the scourge that has beset the Forges.

The first hack and slash to take place in the Warhammer Fantasy Battles world, Warhammer: Chaosbane plunges the player into the heart of the Old World. Set just after the Great War against Chaos, a bloody conflict which ravaged the Empire of men, civilisation teeters on the brink of collapse. Players will embody a human, a High Elf, a Wood Elf, a Dwarf or a dwarf engineer, and discover the iconic locations of the Warhammer Fantasy Battles universe that has captured the imaginations of millions of fans across the world.

Keela, the new character for Warhammer: Chaosbane will be available for free on March 10, 2020 for PC, PS4 and Xbox One.