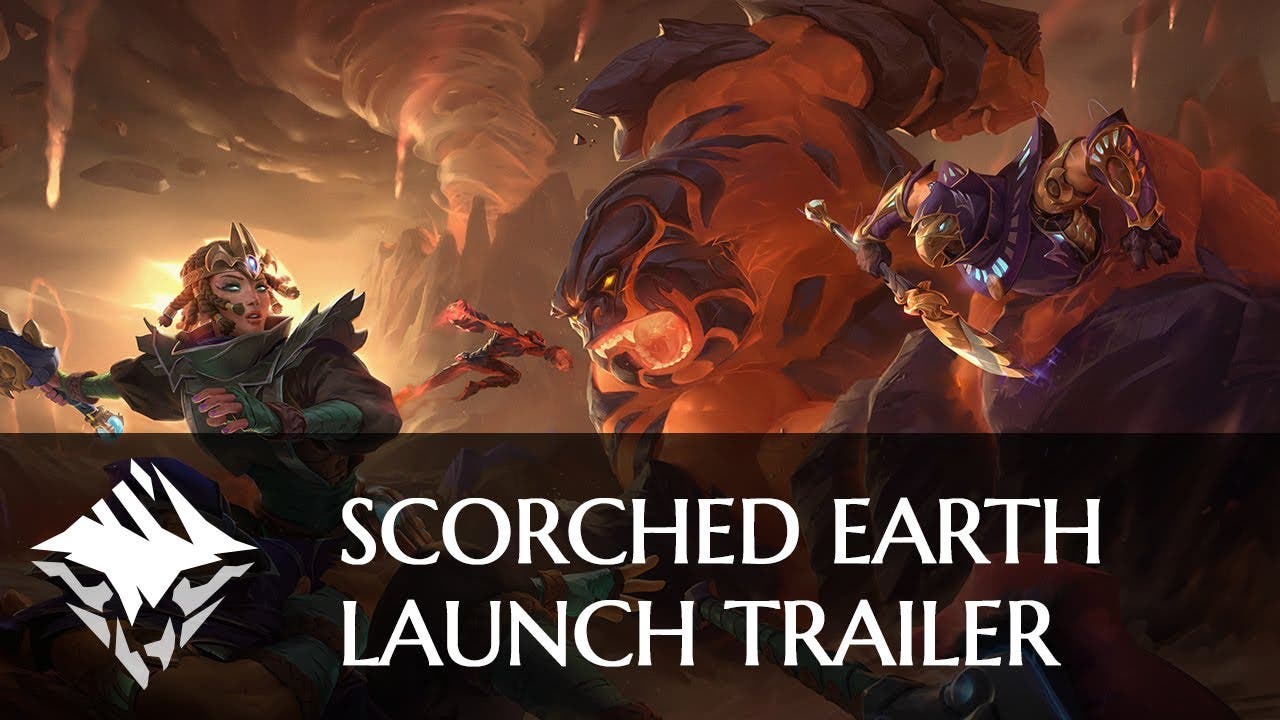 VANCOUVER, B.C. – March 19, 2020 – Today Phoenix Labs launched the “Scorched Earth” content update for Dauntless for free, offering Slayers a number of new challenges to undertake. The update lands today on Nintendo Switch, Xbox One, PlayStation 4, and the Epic Games Store, and is supported by the “One Dauntless” cross-platform system that allows Slayers to hunt Behemoths with friends regardless of platform, and take their progress with them no matter where they play.

The “Scorched Earth” content update marks the debut of Blaze Escalation, a fiery new challenge that pits Slayers against a series of Behemoth encounters with unique gameplay modifiers and randomized Behemoth combinations. Slayers will face enhanced Flameborne Behemoths imbued with blaze aether on their way towards a battle against the Escalation’s “boss” Behemoth. Slayers who find success on their way to the end of an Escalation hunt will face off against the Torgadoro, Dauntless’ biggest Behemoth yet. The Torgadoro is the first Behemoth to use the environment to its full advantage, scaling the walls of a volcanic arena to unleash devastating attacks from above, and rain down fiery projectiles on its foes. Defeating a Torgadoro grants Slayers schematics for powerful legendary weapons. Each legendary Torgadoro weapon includes two prismatic cell slots, the ability to “bond” the weapon to another blaze weapon, and a special ability that calls forth Torgadoro’s rage. Blaze Escalation can be accessed in the Map menu. For Slayers who wish to finish their Malkarion armour and legendary weapons, Shock Escalation remains available as well.

The Searing Talons Hunt Pass launches as part of the “Scorched Earth” update today, allowing Slayers to earn up to 50 levels of rewards, including cosmetics, bounty tokens, consumables, and more, themed around the Blaze Hawk faction of Slayers. The set culminates in a dazzling set of Blaze Hawk armour skins. In addition to adding the ability to earn Hunt Pass experience through both bounties and normal hunt activities, Searing Talons also debuts the new Hunt Pass Prestige system. For the first time, Slayers who complete all 50 levels will earn Vault coins—a new currency created especially for Prestige players. Vault coins can be used to purchase rare items from previous Hunt Passes, including cosmetic armour sets, emotes, weapon skins, and more.

“Scorched Earth” introduces a number of quality of life improvements and other features, including a new and improved move list that provides detailed information about combos, and improved daily login bonuses that expand the list of potential items Slayers can earn.