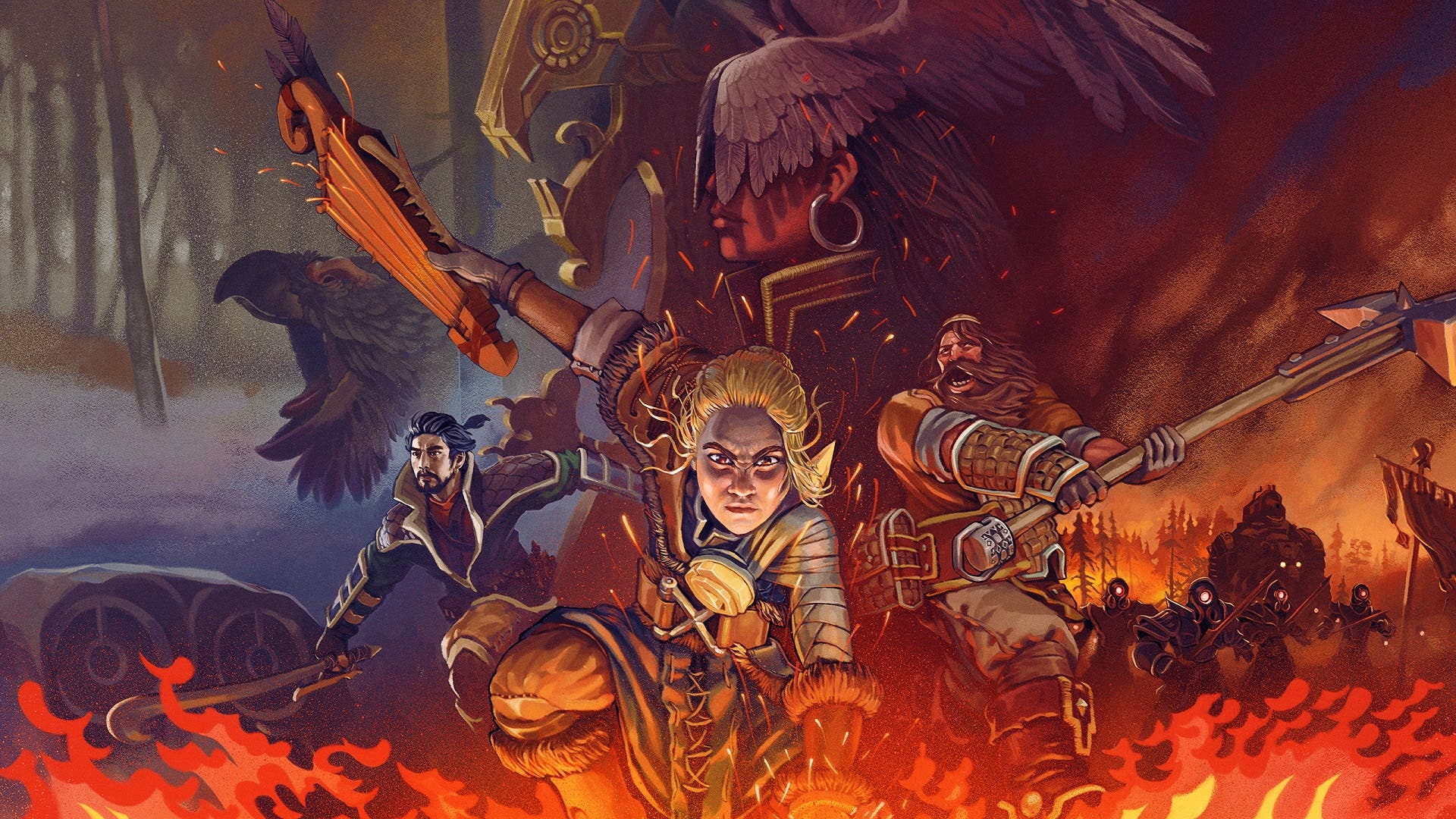 “The two most powerful warriors are patience and time.” – Leo Tolstoy, War and Peace.

Iron Danger from Action Squad Studios and Daedalic Entertainment embraces time with a idiosyncratic gameplay mechanic that makes it unlike anything else out there. Though the patience to get through some encounters has been sometimes draining. Iron Danger offers a ton of possibilities under the banner of tactical combat where you can erase failure and write success at-will to great triumph. While I think there’s something special to be found here, this is a game undercut by an overall lack of polish. Iron Danger is influenced by Finnish folklore, has elements of steampunk, and tells an interesting tale in the mythological Kalevala which give you a sense of something new and fresh, and otherwise never seen before. An evil witch is beset on conquering everything, and unleashing evil. In a twist of fate, you land on the shard of time which gives you the unique ability to manipulate time around you. It’s this main mechanic and tool for which all combat takes place.

The first shard you stumble upon, but there are five other shards you’ll come across during your play in an effort to stop evil, dead in its tracks. Kipuna, the female lead will get new abilities for each shard that gets found. These shards give a trio of new abilities that are different from the last set you get. Your partner, Topi gets the chance to upgrade or add one new skill to his repertoire when the level ends. There’s an role-playing element to the game in terms of new skills and abilities, but it’s all story-driven and doesn’t rely on grinding or min-maxing abilities. It’s all given to you in a controlled flow. Movement of your characters takes place entirely in real-time, up until you enter combat. This can happen in one of two ways, you get spotted or you initiate it yourself. The feature of manipulating time is done in trance. It allows you to queue your actions, or rewind up to five seconds to correct any mistakes. The timeline you’re given feels a lot like a video editor, and in-game is called heartbeats with 14 individual heartbeats or actions. You use mouse wheel up or down to go forward or back. There are times early on you’ll get yourself in a death loop a la groundhog day. While time is the big thing of this game, control is a close second. You feel very in control of what’s happening, in order to make the best outcome.

I think what Iron Danger does so well, is smartly limit the number of heroes in your party at any given time to two. Each encounter is a combat puzzle, and having a minimal set of heroes to control at a given time never becomes overwhelming. It consists of pausing the action, assessing the number of enemies, your placement, and so on. There’s a lot of tactical depth here. You can perform combo attacks, to include utilizing the environment like Divinity: Original Sin games. You’ll have oil barrels that can be thrown and ignited. And similarly, you can throw water barrels to douse the flames of areas you need to move through. There was a boss in the early hours where you could fight him with just your abilities, but being able to throw a barrel down, ignite it, bait the enemy into it, and drop a rock attached to a chain for mega damage feels incredibly good. And that’s the ideal way to play through any combat in Iron Danger.

The bespoke levels found in Iron Danger can be restarted at any time before moving on. The game spans from outdoor forests, to fantasy waterfalls, and even dank dungeons. Nothing feels reused or recycled, and it’s quite beautiful to look at. When you complete a level, there’s a bit of statistics that it tells you. It gives you the number of times each character died, how much time you spent in trance, what the real-time duration of the level was, and how many enemies you killed versus how many were left. I wish it would get more granular than that, but it’s good to know if you missed someone. Since the game doesn’t require experience to level up, I never saw it as a problem if I left someone alive.

There’s no bugs to speak of in my experience, but characters have jittery movement, and using the mouse to initiate actions yields inconsistent results. The UI is clean, but busy. There’s just a little bit of work to be done for it to feel finished, but right now its surfaces aren’t as clean as they could be. There’s a linear story to Iron Danger, and despite some of the flaws, I wasn’t ready to let it go. I wish there was a skirmish mode or a scenario editor. This game has such a unique mechanic, not having a method to play it more seems like an oversight.

Iron Danger lacks manual saving, using only checkpoints. So there are some places where you think it saved, but it didn’t. You may have to replay a particular encounter or lose out on fifteen seconds of movement to get back to where you were, but it’s fine. I just wish, given how much control I have elsewhere, that I could save where and when I wanted. 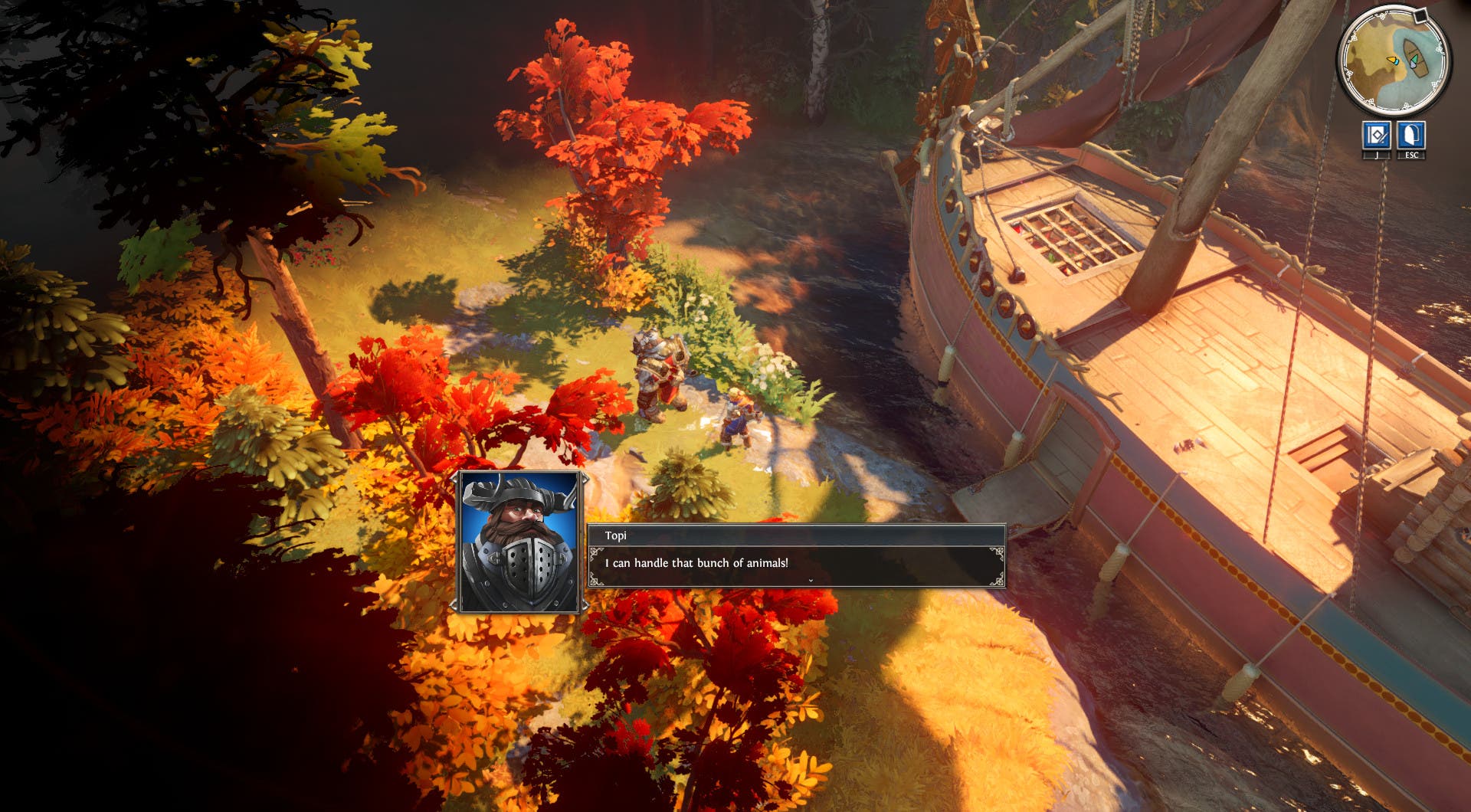 Over the course of fifteen or so hours to see the game to completion, Iron Danger offers a good challenge, even on the default normal difficulty. The ability to infinitely bend time to your will to fine-tune encounters to perfection can be really satisfying. Its biggest detriment is how clunky and unpolished it all feels. That said, Iron Danger is really fun, and completely distinct from every other tactical combat game you’ve played. And for that, it should be on your radar.