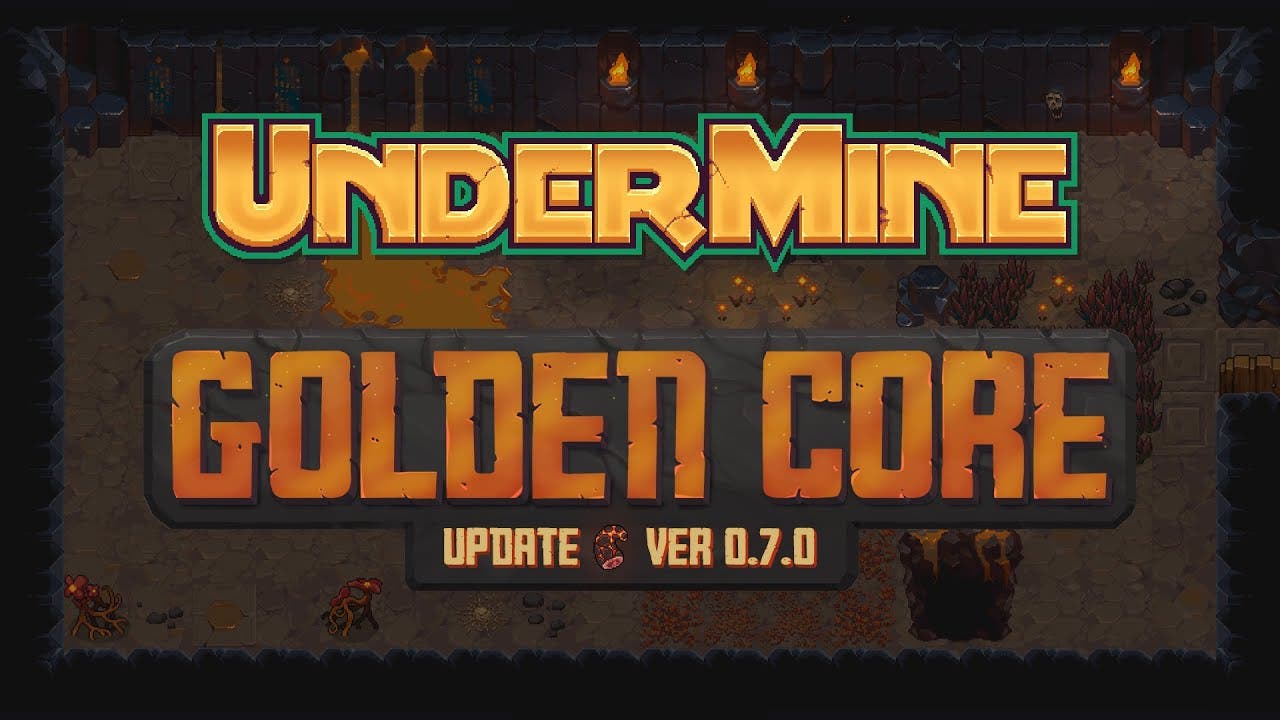 VANCOUVER, British Columbia – May 5, 2020 – UnderMine, the action-adventure roguelike brimming with secrets from developer Thorium Entertainment and publisher Fandom, unearths the Golden Core Update today on Steam for Windows PC, Mac, and Linux. Version 0.7.0 is the final major content update before Undermine graduates from Steam Early Access and launches on Nintendo Switch, Xbox One, and the Xbox Game Pass subscription service later this year.

Delve into the Golden Core, UnderMine’s fifth and final zone. Here, deep within the mine, peasants search for gold in a danger zone, surviving streams of molten metal and omnipresent fire to pick and chip away at the dark secrets lying at the heart of this cavernous shaft. Standing between them and their goal are seven new enemies, three traps and environmental hazards, and a challenging new boss encounter: Seer, World’s Heart.

The Golden Core Update is not only for masters of the mines, however, as any peasant can tackle the more than 150 new encounters found throughout the entire UnderMine experience. Lay claim to four new achievements and enjoy a range of fresh balance changes and bug fixes.

Enjoyed by more than 100,000 adventurers, UnderMine follows peasants on an underground journey in search of treasure and freedom. Discover relics and forge alliances on a series of perilous runs to ensure a brighter future for the next generation of downtrodden laborers.

“UnderMine wouldn’t be the game it is today without the support of our Steam community and we hope they enjoy today’s final Early Access update as we dig towards the full release,” said Derek Johnson, founder, Thorium Entertainment. “We look forward to welcoming many more fresh faces into the mines and see right now as a great time for newcomers to jump in!”

UnderMine is currently on sale for $11.99, a 20% discount off its $14.99 regular asking price as part of the Indie MEGABOOTH Going Away (for now) Sale. The game will increase to $19.99 for its full release across PC and consoles later this year. A portion of proceeds from May 5-12 will go toward Indie MEGABOOTH to support the group as it temporarily suspends operations.