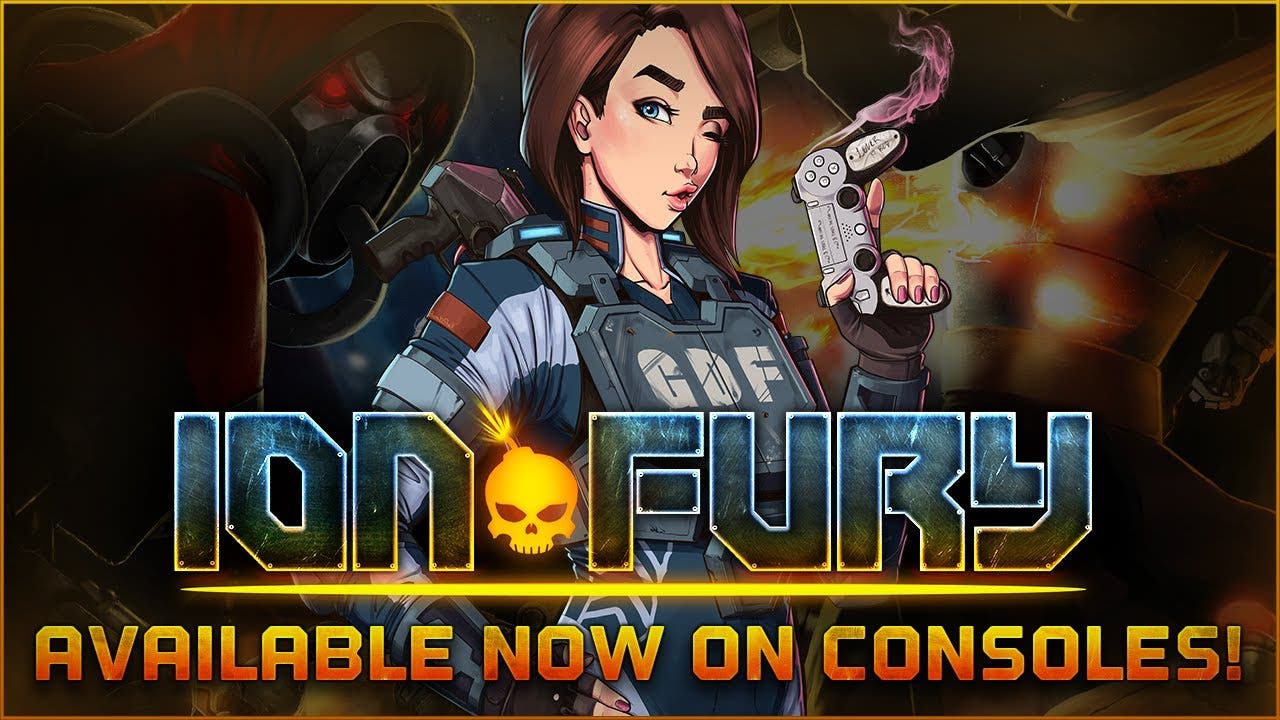 Take back Neo D.C. with a barrage of bullets, bloodshed, and Bowling Bombs. Rip into Heskel’s cronies with an ultra-satisfying arsenal like the Disperser shotgun, capable of firing both shells and grenades, Shelly’s triple-barreled Loverboy revolver, or deal massive damage with the Ion Bow. Seek out sweet revenge on cultist grunts, ferocious robots, and airborne uglies, painting the town red with pixelated gore.

The Build engine is back, baby. Forged with the same legendary toolkit behind Duke Nukem 3D and Shadow Warrior, Ion Fury takes the most beloved aspects of ‘90s shooters and injects them with modern sensibilities. The glorious 2.5D aesthetic shines with crystal-clear resolutions, blistering framerates, and modern features like headshots, auto-saves, and widescreen support. Explore massive stages stuffed with secrets, verticality and complexity never-before-possible in a Build engine game.

Coming off an award-winning year and widespread critical acclaim for its PC release, including IndieDB’s game of the year, Ion Fury feels right at home on consoles. Take Shelly’s war on evil on-the-go with Nintendo Switch and rain destruction at 60 frames per second on PlayStation 4 and Xbox One. Across all platforms, blast away goons with precisely tuned gamepad controls and sensitivity, with a myriad of options available for tweaking.

“We couldn’t be more excited to bring this classic FPS into the hands of console players worldwide. Ion Fury is a perfect example of how the beloved features of ‘90s shooters blend together with modern technology to provide a unique experience,” said Nikolay Baryshnikov, CEO of 1C Entertainment. “Being a fan of the old-school classic FPS games since my childhood, I have been personally waiting patiently for this day to come, and I am very sure every other fan of this genre feels the same!”

Blast up the official websites of 3D Realms, Ion Fury, and 1C Entertainment for more on Shelly’s vengeful crusade.