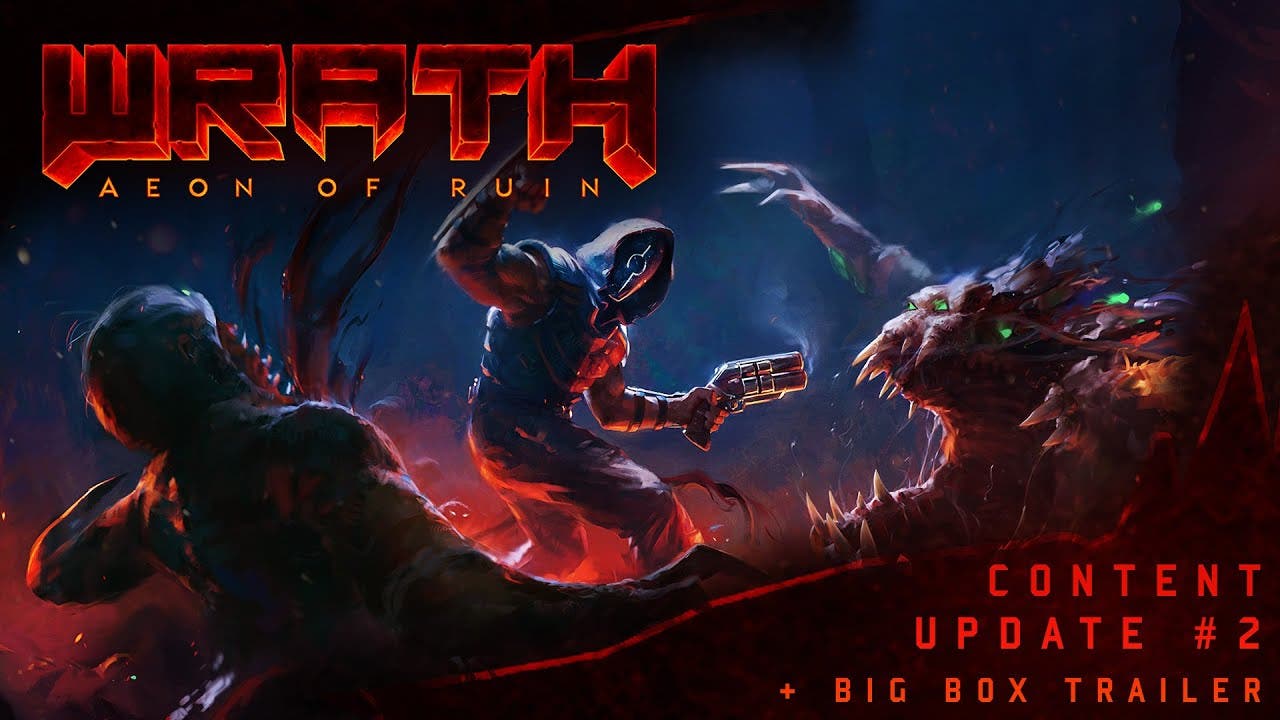 WRATH: Aeon of Ruin gets Content Update 2 in Early Access, pre-orders for your own “Big Box”, and release date

As a shooter that revels in the wonderful history of the genre while adapting to modern expectations, 3D Realms, 1C Entertainment and Killpixel Games as a perfect candidate for a Founder’s Edition Big Box. With only 500 copies in production, these will not remain available for long. This pre-order page includes a real-time counter denoting how many copies remain. Each includes:

Steam Early Access players now have access to a detailed roadmap and can look forward to at least two more substantial updates before WRATH: Aeon of Ruin launches. New devastating weapons, vicious enemies, secret-filled levels and more await. With new content promised all year long, players will have a stream of new toys to experiment with ahead of launch.

“We’ve fallen in love with WRATH throughout development and we want it to be the best game possible,” said Frederik Schreiber, Vice President of 3D Realms and Producer on WRATH. “So while we’re coming out later than we wished, we’re creating the Founder’s Edition Big Box since our fans love them, as well as making sure our roadmap is detailed and transparent.”

Beloved by players (Very Positive with over 550 Steam user reviews), media, and content creators, WRATH: Aeon of Ruin is available for PC via Steam Early Access for $24.99 / €20,99 / £19,99. A 10% discount is available to anyone who owns Ion Fury on steam through the WRATH: Aeon of Ruin + Ion Fury Complete Your Set Bundle. The full game launches on PC, Nintendo Switch™, PlayStation®4 and Xbox One February 25. PC Big Boxes will cost $99.99, and pre-orders are open now.