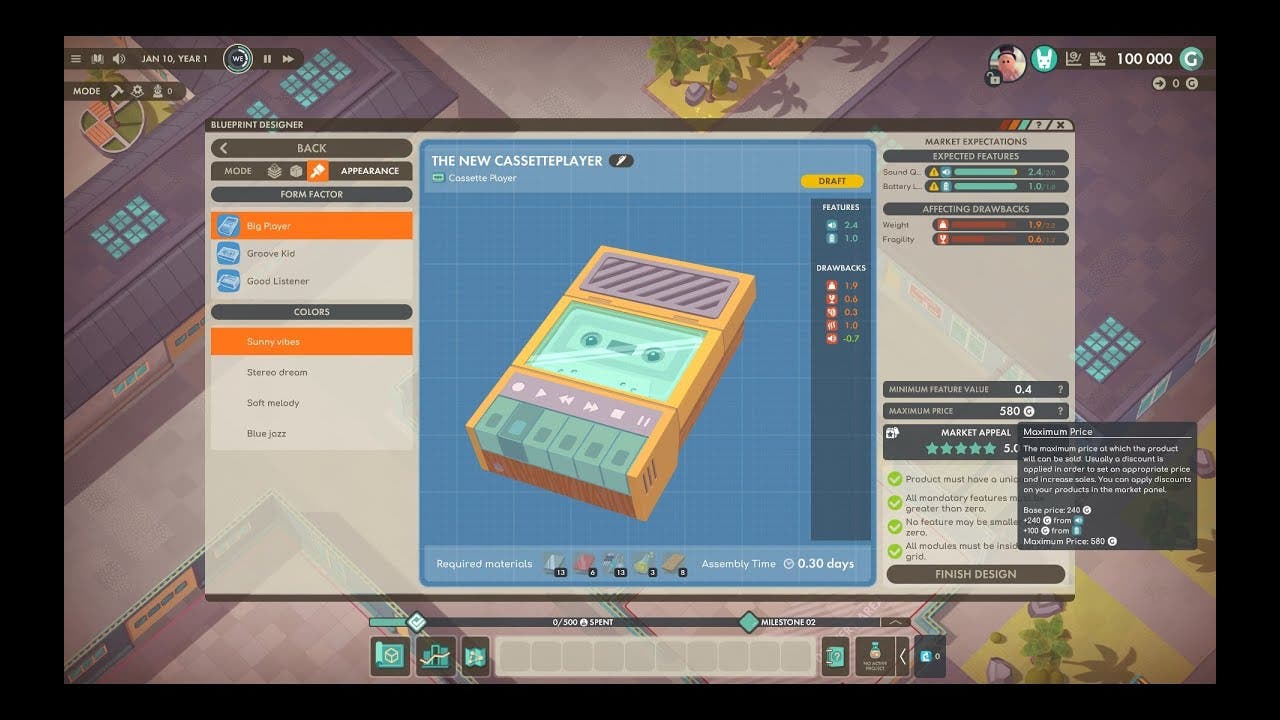 LONDON (June 24, 2020) – Publisher The Irregular Corporation and developer Chasing Carrots announced today that the popular early access simulation game Good Company is getting an update today giving players access to new features to help streamline managing their businesses while also allowing them a deeper level of control. The most notable part of the update is the addition of Work Zones, which automate logistics connections for players allowing them greater flexibility. Among the rest of the updates are new production machines, special conveyor belt segments, a new Freeplay map called The Sunny Beach and more (https://store.steampowered.com/app/911430/Good_Company/).

The Work Zone enhancement in Good Company allows for anything built within Work Zones to automatically have their logistics connections created, meaning that players spend less time editing their connections and are now free to experiment with their setups and focus on the bigger picture of helping their companies succeed to new heights.

Since initial release, the development team has received a myriad of positive feedback from the community. The team has made a focused effort to consider each fan’s feedback and carefully consider it for future updates, and they will continue to do so moving forward.

Special conveyor belt segments now allow players to decide what goes onto (and what comes off) conveyor belts, instead of the previous static A-to-B transportation style. Belts can also be elevated off the floor to free up space and unblock the staff.

Players can look forward to building up and improving their company output and workflow with other key enhancements including:

The full patch notes can be found here https://store.steampowered.com/app/911430/Good_Company/.

Be sure to follow the developer @Chasing_Carrots on Twitter for the latest developments and news about the game.