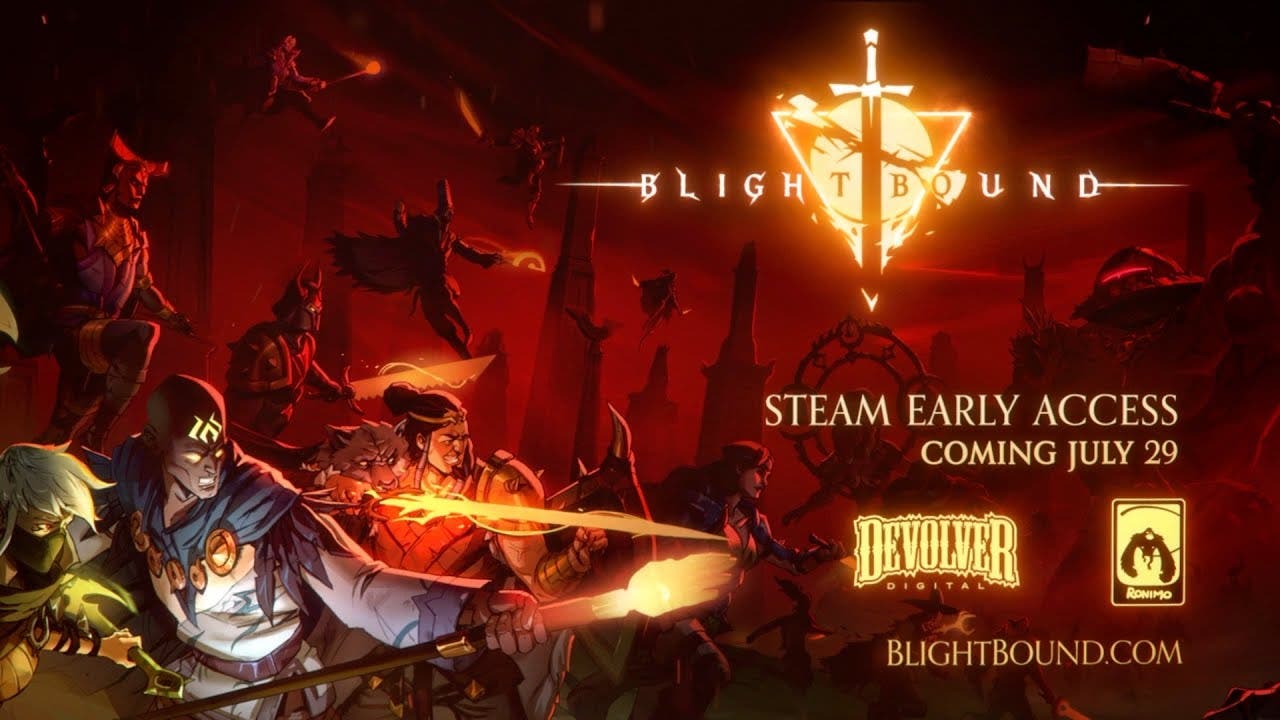 AUSTIN (July 10, 2020) – Fearless developer Ronimo Games (Awesomenauts) and their trusty sidekicks Devolver Digital (Fall Guys, GRIS) have decreed that Blightbound, a dark and stylish multiplayer dungeon crawler, will battle its way onto Steam Early Access on July 29. To honor the occasion, Blightbound will launch with a 10 percent discount from its $19.99 price.

Blightbound is an online & local multiplayer dungeon crawler that tasks three heroes to venture down from their mountain refuge to face the abominations of the Blight – a mysterious and corrupting fog that enshrouds the land.

Explore handcrafted dungeons, fight a terrifying cadre of mystical and monstrous enemies, grab valuable loot, and recover fallen heroes to expand your roster of available warriors. Each player will fulfill a specific role on the team – warrior, assassin, or mage – to overcome colossal bosses and solve clever puzzles.

Blightbound is an ever-expanding game with new dungeons to explore, new heroes to recover and use, and new loot to retrieve with planned free updates for the community.