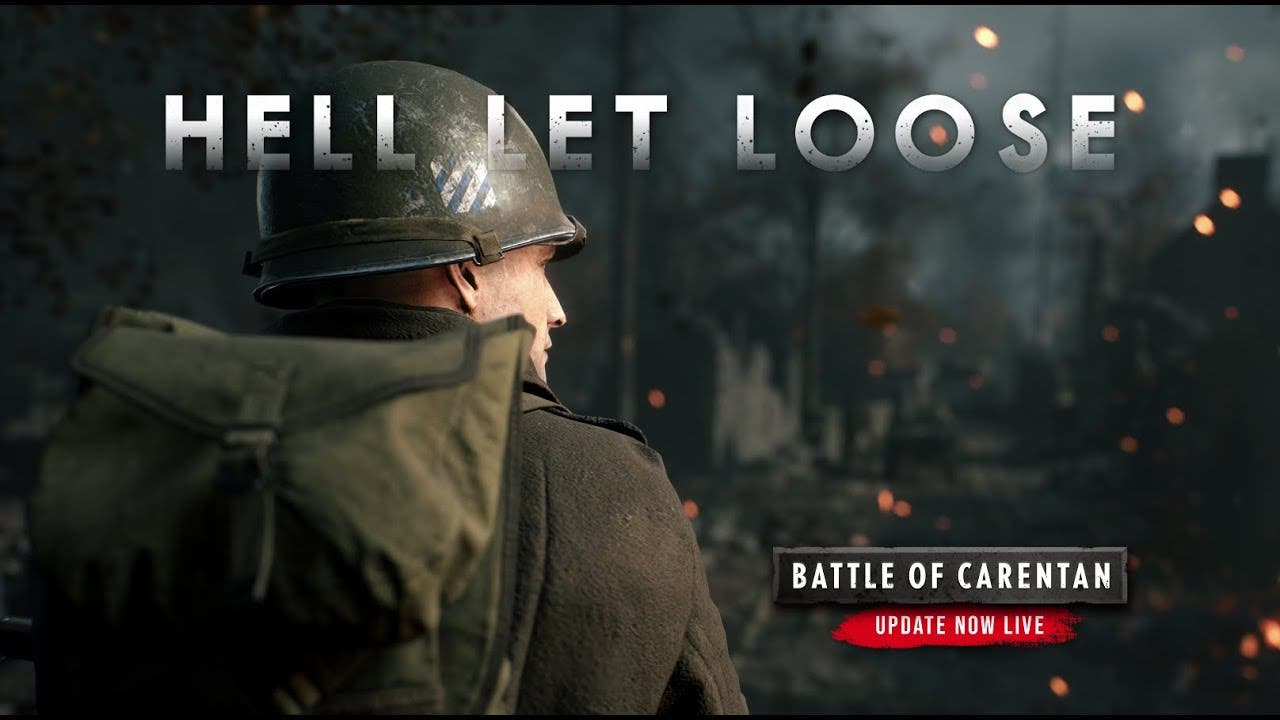 The Battle of Carentan comes to Hell Let Loose today in seventh major update, along with updates to animation and audio

Tuesday, 14th July 2020 – Team17 and Black Matter have announced a brand new update to Early Access World War II first-person shooter, Hell Let Loose. The update, Battle of Carentan – the biggest so far for the 50 vs 50 shooter – further ratchets up the scale and intensity with an overhauled animation system and improved audio to bring further refinement to the experience.

The update also includes the new map of Carentan, a city of strategic significance in the days following the Normandy landings on D-Day, that delivers brutal house-to-house, street-to-street fighting in the largest urban environment in the game to date.

The update, the seventh major update since the game launched into Steam Early Access in June 2019, is the most significant to date and a key milestone for Hell Let Loose as it continues towards full launch. The animation overhaul fundamentally changes how the game plays and operates, pushing realism even further.

The new urban Carentan map is available to play in either Offensive mode, which sees the defending side hold all of the sectors on the map against an opposition attempting to capture them all, or Warfare mode, where both sides aim to control a majority of sectors within the allotted time.

“The battles of Hell Let Loose have been raging in Early Access for over a year now, and with every update that’s been released the intensity and nightmare of war has become even stronger, but none of that comes close to what this new update brings. The real world fighting in and around Carentan was brutal and entirely different to any of the other battles held during the war up to that point, and it’s that experience that we’ve aimed to reproduce as best and as accurate as possible for our incredibly passionate and growing community of players. The animation overhaul is the icing on the cake for all of this – it pushes everything that bit further!”

“Hell Let Loose is such a remarkable game, not only for Black Matter, but for Team17 too. It’s quite unlike any other title in our portfolio, and that’s what makes it particularly special to work on. The new update brings us closer to fulfilling our true vision for Hell Let Loose, and we look forward to further improving the experience as we approach a full launch.”