Razing a small farming town of its barns, mills, and residences with my UFO’s laser, probing denizens to the point that their head explodes, and zapping them so hard their skeletons show are all part of what makes Destroy All Humans! so much fun. It doesn’t take itself seriously, and is a parody of the 1950s hysteria that works to great effect. This is a remake of Pandemic Studios’ 2005 original, thanks to Black Forest Games making it look and play better than ever. Destroy All Humans! is endearing and full of laughter, from rampages to its absurd situations that make it a classic. 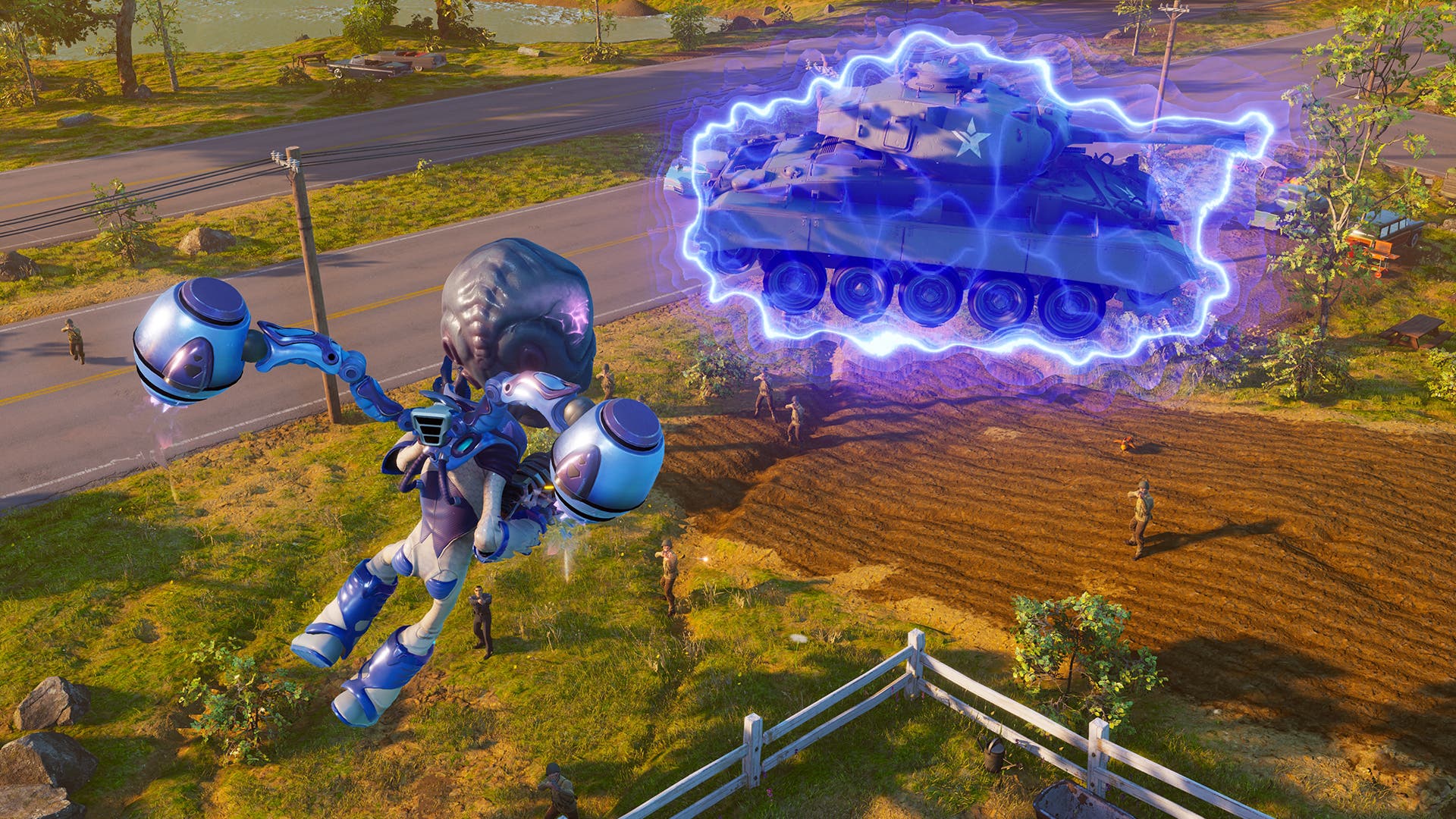 Cryptosporidium-137 (or something a bit easier on the tongue, Crypto-137) has come to Earth. He is from the planet Furon, sent here by his leader Pox to determine what happened to Crypto-136 and make the humans pay for their transgressions. He also sounds like Jack Nicholson for some reason, though it works really well. This is all done with a healthy dose of tongue-in-cheek humor and parody. The game cashes in on the fear of communism, the questions surrounding Roswell New Mexico and Area 51, men in black, and government cover-ups; all set against the backdrop of the rise of science fiction in film and television. Destroy All Humans! lives and breathes the 1950s with great fervor, from its billboard ads to how people talk to an aggressive amount of theramin in the soundtrack. 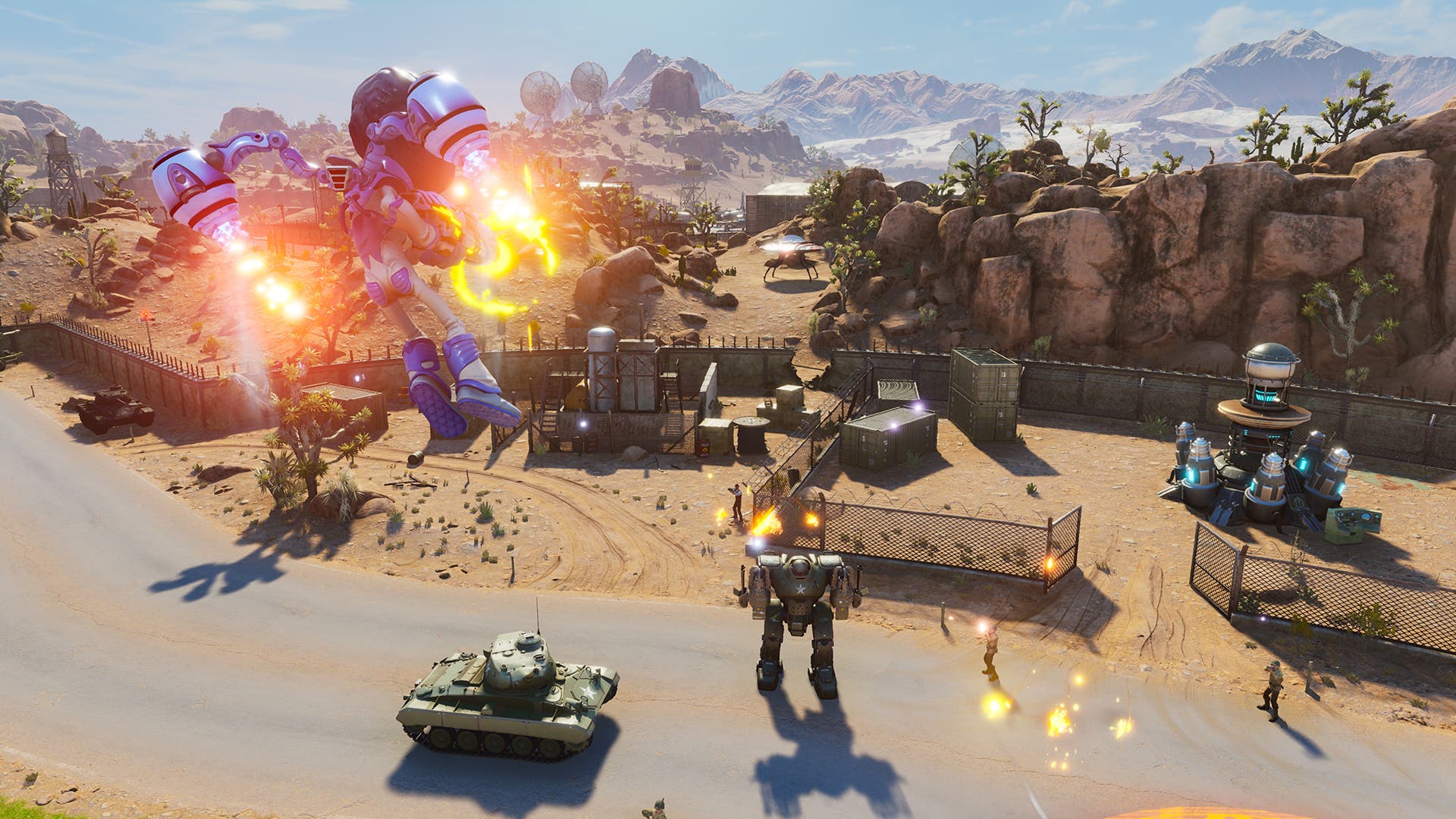 Despite the game’s name, there’s nuance to what actions you’ll take in the game. Don’t worry though, you’ll do plenty of destruction, but often the game requires you to use stealth to infiltrate or sabotage operations. Other times you’ll be allowed to go on all-out attacks to destroy all said humans. The missions themselves are rather strict as to how they can be completed, but you’ll have fun doing whatever is asked of you. The game’s 22 missions should last you about eight hours or so, and offers great replayability.

There are six locations, and you’ll attack different locations like Santa Modesta, Union Town, Area 42, and other like-named locations reminiscent of our world. Replaying past levels lets you explore them fully to find collectibles and mess with the masses. There are also collectibles to be found in the form of robot probes. Each level has challenges to complete: Armageddon, Abduction, Race, and Rampage. Each of those are self-explanatory, and are extended across all levels to extend the life of it. 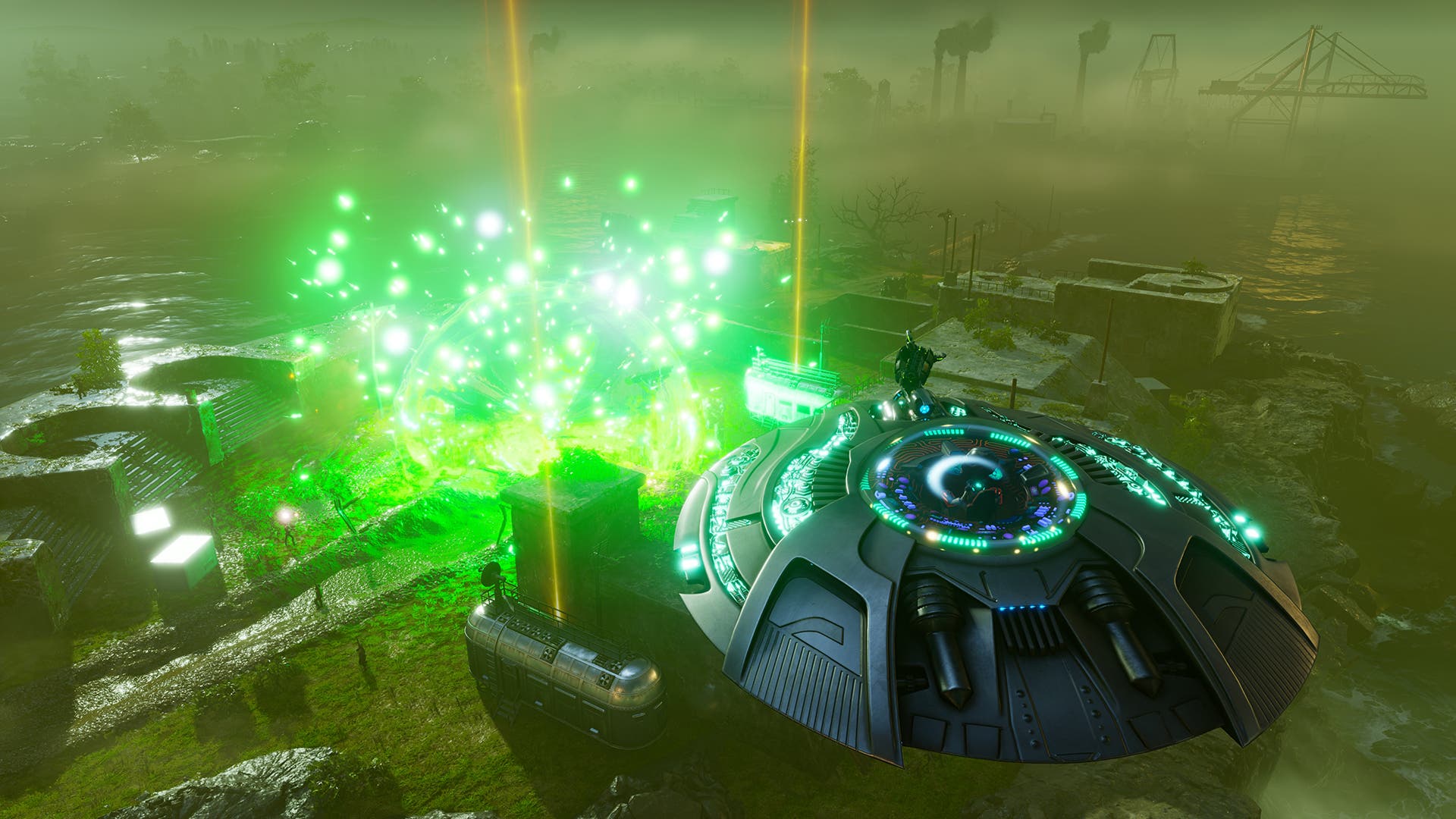 Since this is a remake, there’s a lot of things new to the game that weren’t present before. The first of which is modernizing the game to allow you to multi-task like lifting objects and shooting, or variations therein. In addition, you can now move with greater freedom as you’d expect in a third-person game. This is topped by the addition of a new upgrade path: S.K.A.T.E. which lets you create a hoverboard that you can glide on to improve traversal that otherwise felt slow and plodding. And when it is upgraded to the max, you’ll be able to glide infinitely.

Black Forest Games have added more bonus objectives to each level. The most impressive thing, is that they restored a long-lost mission, titled “The Wrong Stuff”, and is inserted as Mission 13.5. It’s placement in the game feels a little off-putting, only because it is so good. This new mission features creative objectives, and a great feel. It’s inclusion is welcome, and something you don’t see very often.

The number of upgrades have been increased over three times, now with 66 upgrades to install, over the 18 that the game originally came with. There are new abilities in the game, liking making AI follow you, transmogrify to convert objects into ammo, or even jump while using the holobob disguise. Sure a lot of this is just quality of life, but they are improvements that have proven to be essential in making it a better game overall. 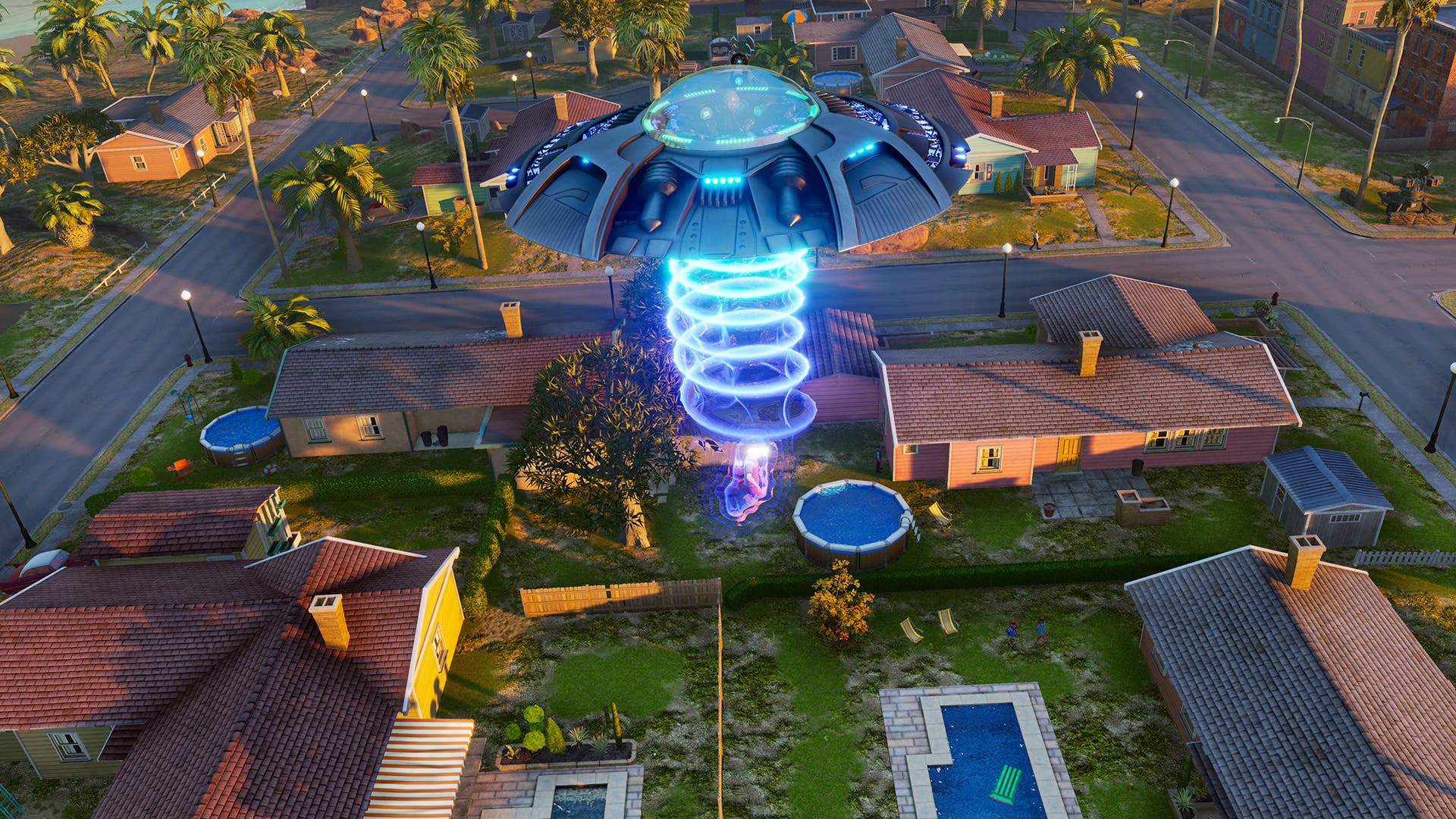 Through your time playing the game, you’ll be collecting DNA. It is a currency that lets you purchase upgrades. Now, the reason why you’d want to upgrade is not only be stronger, but to go back to prior missions for all the optional objectives you may have missed. By completing optional objectives, you’ll unlock skins like Crypto-136, a cow-themed Crypto, and a Death-themed skin from Darksiders 2 (thanks to THQ Nordic owning the IP). 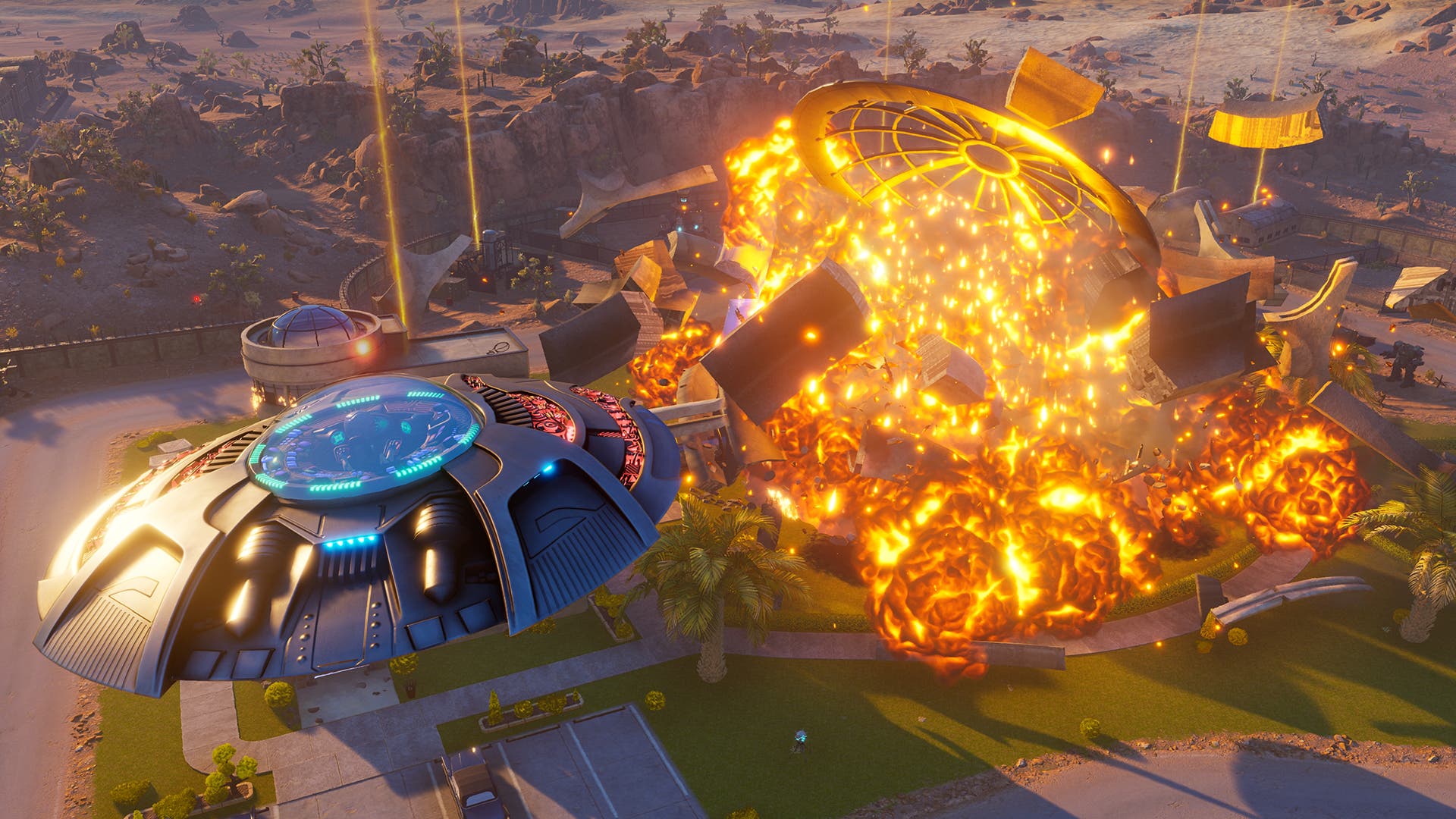 I never would’ve thought I’d play this game again, let alone on PC and with it being a complete remake. The result is an absolutely gorgeous game running in Unreal Engine 4. It doesn’t do anything radical to rethink the levels, they are all remade how they were, but with improved lighting, textures, and more. The PC version of the game has options for view distance, anti-aliasing, post-processing, texture quality, foliage quality, and landscape tessellation. This is a fully modern game that’s just absolutely gorgeous to look at. 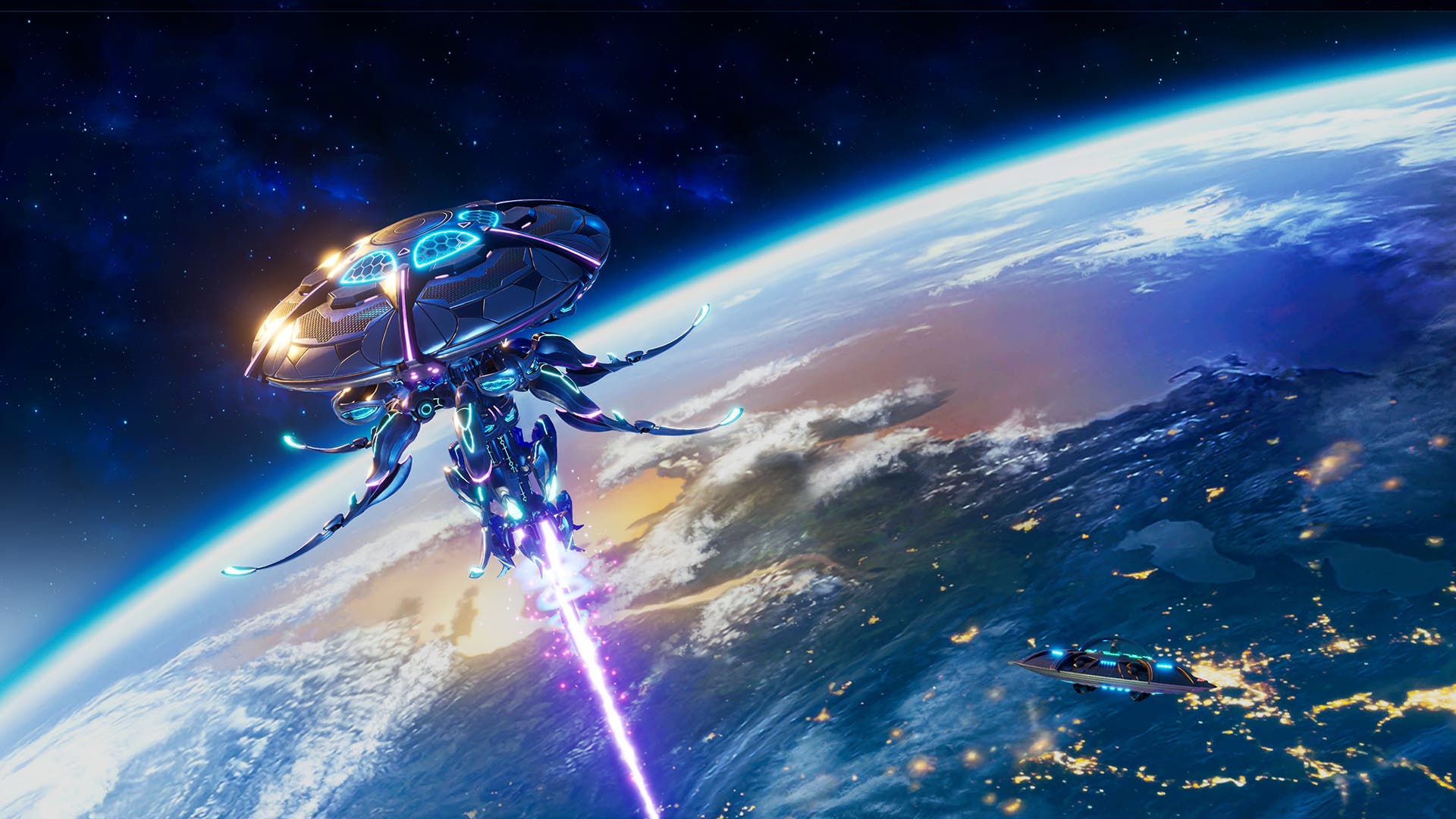 This is the 15th anniversary of the original Destroy All Humans! release, and the remake is wonderfully timed and priced for a comeback. Black Forest Games remained faithful to that release, and modernized it in all the right ways to make it even more enjoyable. It’s a much better and richer game experience because of it, and I really hope this paves the way for a Destroy All Humans! 2 remake. Crypto-137 and Destroy All Humans! is the perfect way to beat the heat this summer.