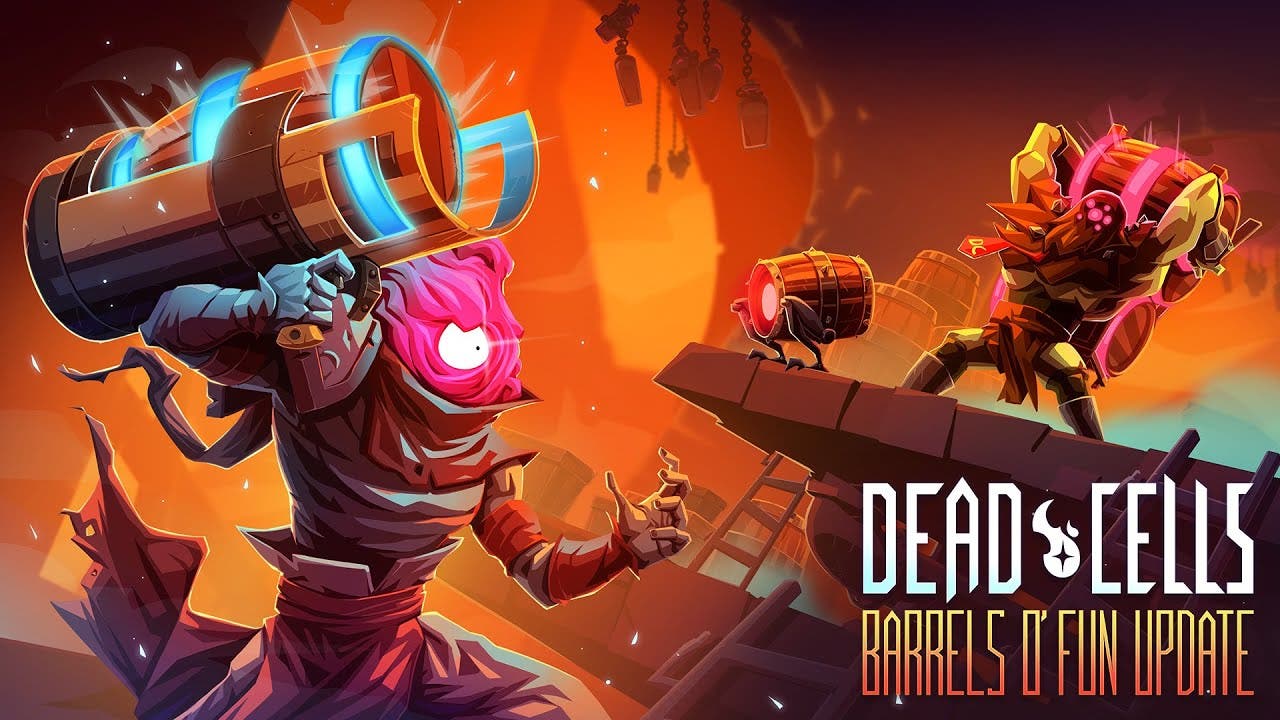 Bordeaux, France (August 11, 2020) – Motion Twin and Evil Empire announced that Dead Cells’ latest free update, Barrels o’ Fun, is now available on Steam with consoles to follow later this summer. The 20th update to the award-winning Dead Cells dishes out a deadly new level harkening back to happier days as players will encounter an industrial playground of doom complete with broken bottles, barrels (some which players can interact with), pipes venting steam and other now-defunct remnants of a once-functioning distillery.

But what’s a new level without new enemies? Enter some huge fellas who’ll throw some pretty big explosive barrels your way and new mimics hiding among the benign barrels in the corridors. They may not be the toughest of enemies on their own, but dang if they don’t have a devastating self-destruct which can end your run fairly efficiently. They’re also pretty fast so keep on your toes.

But Evil Empire and Motion Twin are arming you with all-new weaponry to tackle these new foes, and since you’re about to get some barrels thrown at you, why not throw them right back? Introducing the Barrel Launcher – a bazooka-style weapon that fires bouncing, exploding barrels. You’re welcome.

Exploding barrels are dotted around the distillery so watch your step, and your back, and your front. Everywhere, really. Keep your ear to the ground and your eyes peeled.

Speaking of ears, the Barrels o’ Fun update comes with a whole new soundtrack – classics have been reworked in the style of chiptune 8-bit music for your listening pleasure. It makes for a pleasant and deadly experience.