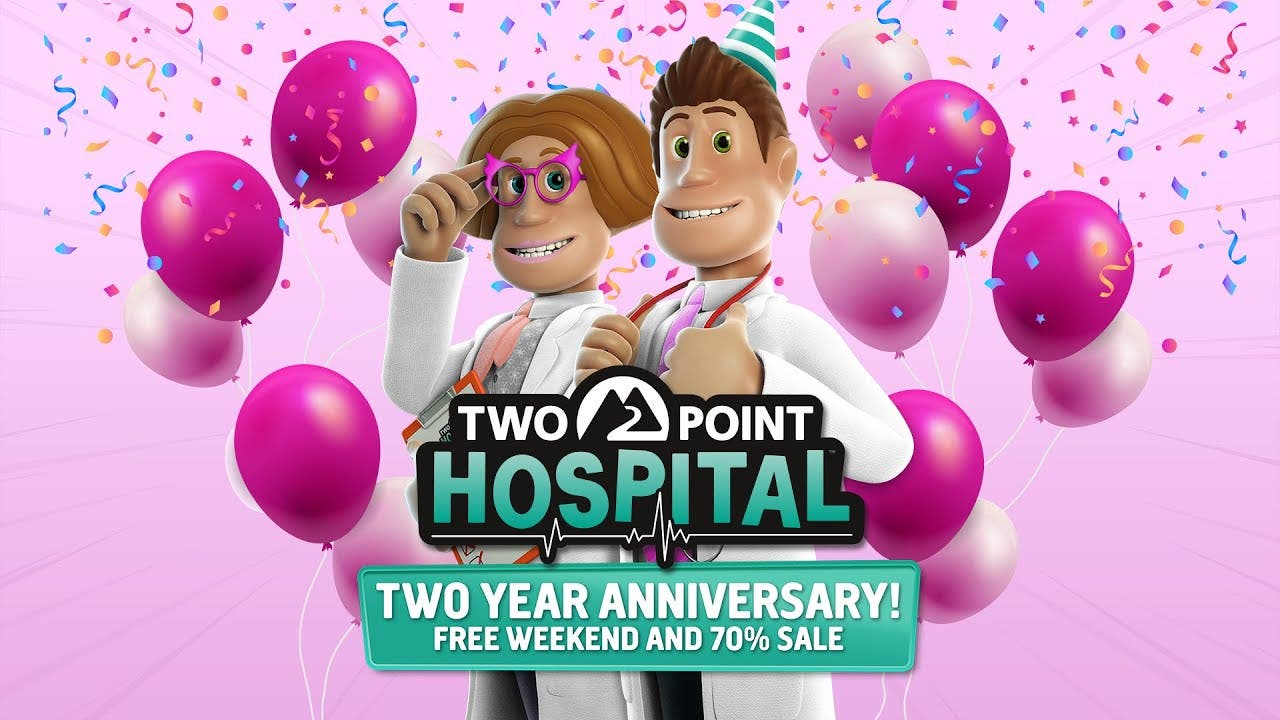 Two Point Hospital celebrates its two-year anniversary this weekend, looking back at two incredible years filled with humour, great community support and even the arrival of the game to consoles. To celebrate, Two Point Studios’ Creative Director Gary Carr, Game Director Mark Webley and Brand Director Craig Laycock, made a video about their favourite moments while working on the popular hospital management sim – check it out here.

To celebrate the game’s two-year anniversary newcomers can play Two Point Hospital for free on Steam this weekend from August 27-30, 2020. During this period, players can also buy the base game for 70% off and receive up to 50% discount for the four Two Point Hospital expansions, Item Packs and the official Soundtrack. The Steam sale will end on Monday 31 August. So, now’s a great to time to build your epic healthcare empire in the atypical world of Two Point County, customise your hospitals, research unusual illnesses, cure patients and train staff.