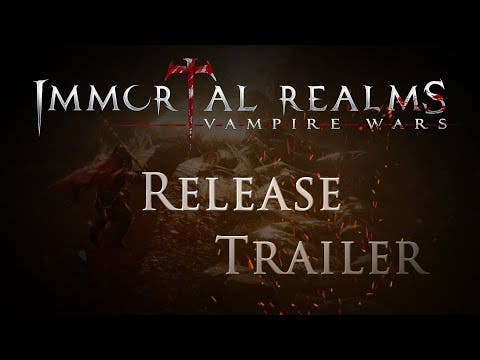 The Nintendo Switch™ version of the title has been ported by Raylight Games, based in Napoli, Italy. The company was formed in 2000 and has developed more than 30 titles for PC, home consoles and handhelds over the years.

Those thirsty for more can also check out the full Immortal Realms: Vampire Wars developer featurette series, in which Palindrome Interactive dives into the game’s inspiration, design and creation:

Immortal Realms: Vampire Wars is out now on Windows PC, PlayStation 4, Xbox One and Nintendo Switch™.