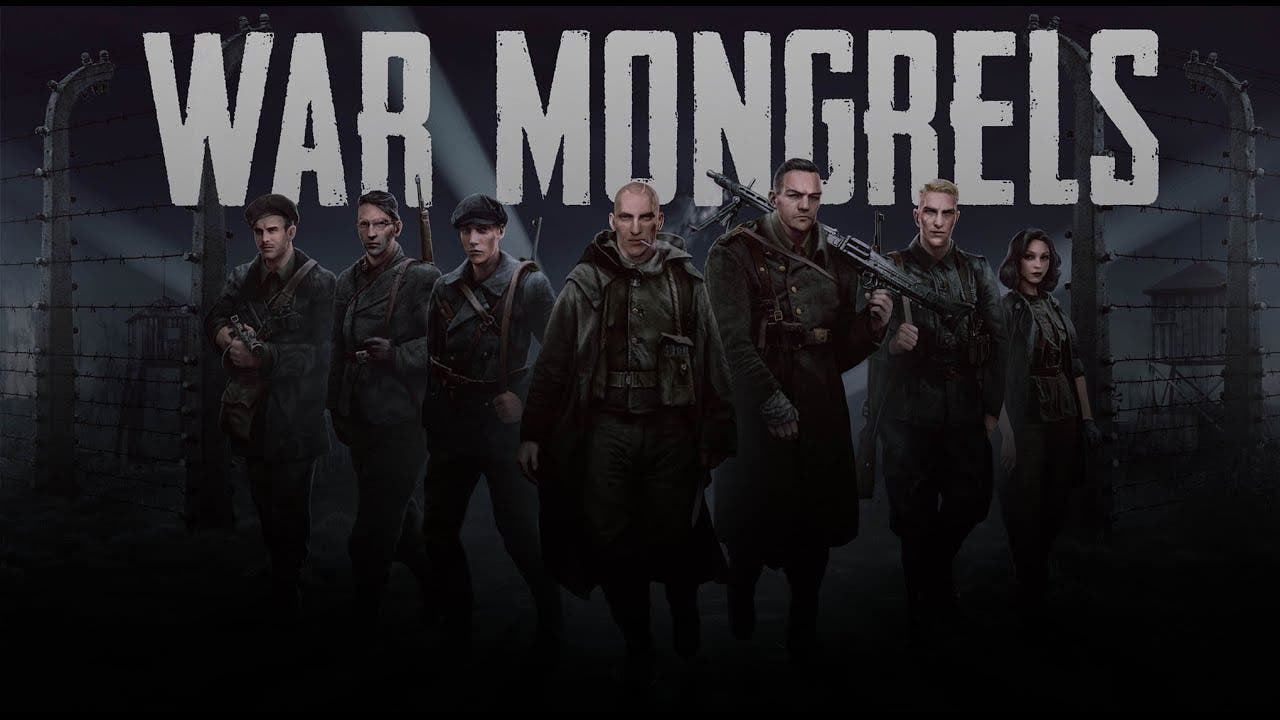 War Mongrels is the next game from Destructive Creations, a gritty WWII real-time tactics game coming in 2021

Gliwice, Poland — August 28, 2020 — War Mongrels, the grisly real-time tactics game set in WWII from publisher and developer Destructive Creations, delves into the grim reality of the oft-unexplored Eastern Front on PC, next-gen and current-gen consoles in 2021. To learn more, watch today’s devcom stream at 11:00 AM PDT / 08:00 PM CEST, which will feature a first look at the game’s reveal trailer, developer panel, and feature metal band Caliban.

When two young European men swept into the German war machine disobey reprehensible direct orders, they desert and find purpose as guerilla fighters in the bloodiest war of all time. Based on real experiences, War Mongrels explores the lives of the soldiers who fell victim to Nazi propaganda or even opposed the war from the beginning, then realized the truth and set out to right the wrongs they were forced to commit.

Skulk through deadly battlefields including villages, cities, minefields, cemeteries, concentration camps, and much more. Control a crew of four where each character’s background provides special abilities. Encounter former teachers, freemasons and nurses willing to fight for what’s right, then equip them with WWII-era weapons. Survive and learn the tale of these German, Polish, and Lithuanian soldiers as they escape the Eastern Front then become guerilla fighters.

Exploit the local environment for stealthy kills, sneak past guards by disappearing into bushes and hiding just out of sight, or mount a full-frontal assault for a bullet-riddled way forward. Scavenge fallen enemies for equipment or skirt the engagement zone to search for usable weaponry and supplies. Each expansive level offers a sandbox of possibilities with high replay value: try different routes, employ lethal or non-lethal tactics, or even play with a friend in co-op.

War is hell, and War Mongrels delivers the duality of the atrocities and heroic camaraderie found within with unprecedented audio and visual fidelity for the real-time tactics genre. Based on true stories, all events, dates, locations, weapons, uniforms, in-game articles, and more will be crafted with care and an eye for historical accuracy. Expect a first look at gameplay at Realms Deep, 3D Realms’ digital event on September 5 – 6.

“Many games take place in World War II, but there’s hardly ever a spotlight on the Eastern Front,” said Marcin Stanek, Business Development Manager at Destructive Creations. “My grandfather told us tales of soldiers filled with regret, and we feel it is our duty to share those stories with War Mongrels.”