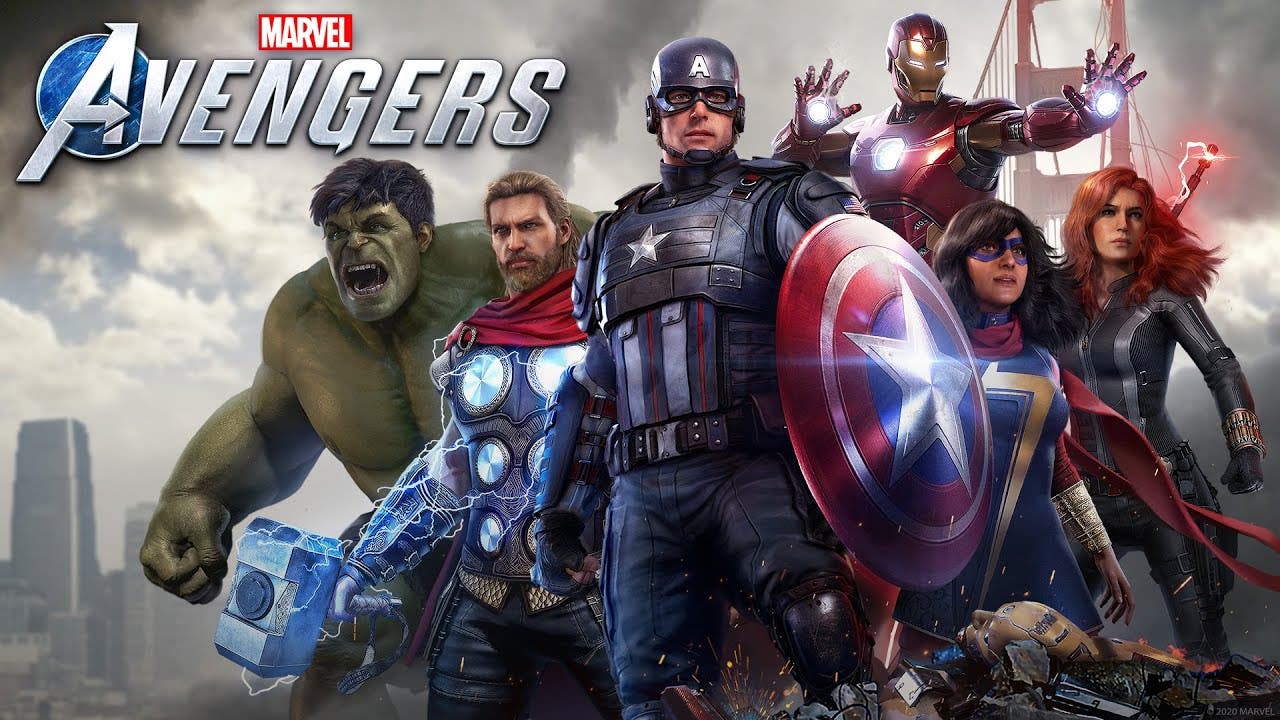 Marvel’s Avengers offers players a truly rich experience and combines the single player focused Reassemble story campaign with the ongoing Avengers Initiative’s War Zone missions, which take the Avengers around the world and beyond. Each mission in the Reassemble campaign is designed to showcase one or more hero’s unique abilities, while the Avengers Initiative missions can be played solo with your own custom AI team or with a group of up to four players* as any Hero in the player’s roster.

“At its heart, Marvel’s Avengers is a game about hope in a modern Super Hero setting,” said Shaun Escayg, creative director for Marvel’s Avengers at developer Crystal Dynamics. “Our original story campaign features Kamala Khan, aka Ms. Marvel, as the point-of-view focus who is unflappably optimistic, and she uses her passion, natural curiosity, gifted intellect, and emerging powers to expose a conspiracy, leading her on an adventure to re-assemble and re-build the Avengers to their former glory.”

To ensure a continuing heroic experience for all players, the narrative of Marvel’s Avengers will expand over time, with the addition of new stories featuring new heroes, villains, mission types, regions, items, and more delivered to players at no additional cost once they own the core game. These stories move the entire Marvel’s Avengers narrative world forward on a multi-year arc, and all new missions are accessible to the entire roster of playable heroes.

Fans won’t have to wait long for this new content, either. The game’s first post-launch content season, focused on the recently announced Kate Bishop and her iconic mentor Hawkeye, Clint Barton, begins just weeks after launch with mysterious new Tachyon missions. Kate’s Operation, “Taking AIM,” kicks off in late October featuring a new villain and new mystery. Kate, an Olympic-caliber gymnast and master archer, comes with her own distinct set of Heroic Skills, outfits, and takedowns to unlock and master just like the core launch Heroes.

“Taking AIM” begins shortly after the conclusion of the game’s Reassemble campaign and is just the first half of the two Hawkeyes’ Story Arc. Clint Barton’s Hawkeye takes the stage in November to complete the double-feature arc and set the stage for what’s next. All of these new missions are playable with the entire roster of heroes, and all of this content, including heroes, villains, game modes, missions, gear, and more will be made available at no cost to all owners of the Marvel’s Avengers core game.

Players in Marvel’s Avengers are also able to customize Earth’s Mightiest Heroes in a number of ways. While each Super Hero plays true to their unique power sets, each has the flexibility to play differently based on the gear players equip and the skills they enable, so no two player’s heroes play in exactly the same way. Each hero has dynamic combo systems, heroic moves,  intrinsic abilities, and signature move sets to unlock and customize – many inspired by classic moves from over 80 years of Marvel history across all media, while others are crafted as originals just for the game.

Players can also dress the iconic Super Heroes with classic, fan-favorite, and all-new original outfits, including Iron Man’s suit from the 2014 Original Sin storyline, or Thor’s Donald Blake identity, which is a nod to an alias of Thor’s who first appeared in 1962’s Journey into Mystery issue #83.

Marvel’s Avengers will be available on PlayStation®5 and Xbox Series X when the consoles launch in 2020. Players who own the current-gen version of the game will be able to upgrade to the next-gen version at no additional cost, regardless if players are moving from PlayStation 4 to PlayStation 5 or Xbox One to Xbox Series X. Those moving their saves to next-gen will transfer their player profiles and progression so they can pick up right where they left off. In addition, cross-gen play will be supported so PS5™ players will be able to play with their friends on PS4™ and Xbox Series X players can connect with their friends on Xbox One.

Marvel’s Avengers is rated T (Teen) by the ESRB.