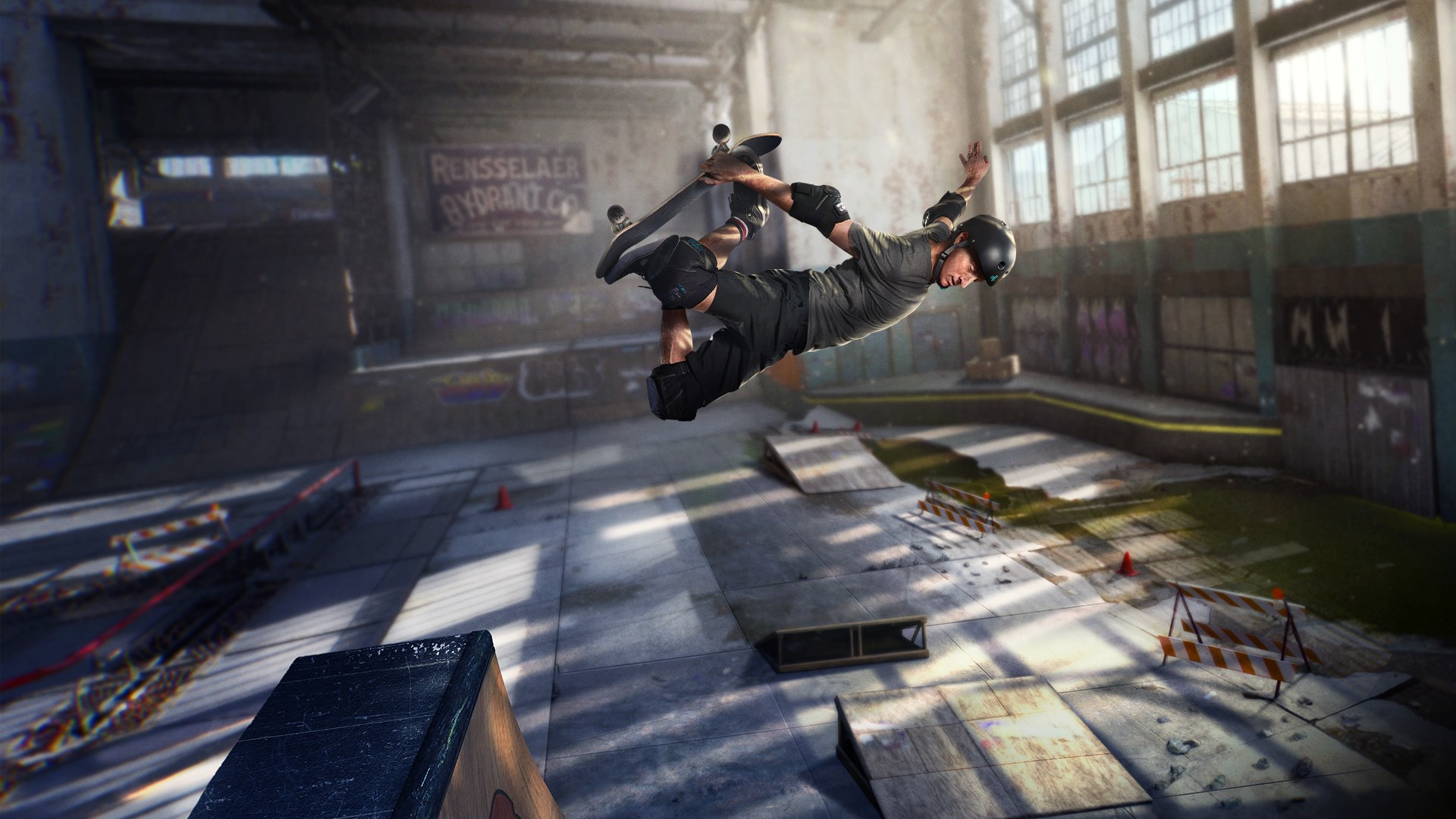 Tony Hawk's Pro Skater is back in a tremendous way. Where every move, every level, every detail matches or exceeds the first two games, and doesn't miss a step in its recreation. Movement in the game feels just right as the memories come flooding in. It's so fresh and exciting thanks to the challenge system, as well as numerous other improvements and enhancements. Vicarious Visions have redefined what it is to be a remake, and have done so spectacularly. Tony Hawk's Pro Skater 1 + 2 is The Second Coming of Christ Air. The career mode has been reworked into tours, split between Tony Hawk’s Pro Skater 1 and Tony Hawk’s Pro Skater 2, which contains all of the levels in their entirety. Vicarious Visions have also done work to update the older levels to be even across the board. Now there are the same number of objectives in every level between both games. So in some cases there are new things to do that previously didn’t exist. It’s all seamless, such that you don’t realize it’s been touched up. And for the old objectives, anyone who knows the games will instantly feel at home, finding the secret tapes and letters of S-K-A-T-E, right where they used to be. Ranked & Free Skate makes up the third pillar of the game’s tours. It’s here that you can skate freely on any level, whether or not you’ve unlocked it in the tour mode. It’s free of timers, but also of goals. So you can’t make progress here, but you can enjoy uninhibited skating. Single session gives you the two-minute timer, and your high score gets placed onto the leaderboard for that park. Speed Run is new to the series, but it’s easily the most challenging element, where you have to complete 100% of the goals the fastest. This is clearly for those who’ve played the series for years, and are looking for that extra challenge.

Every level has also been retouched in some way, some more significant than others. For instance, the once lively Mall is now a dilapidated husk of a social hub, at night with dim lighting. While it’s a linear, somewhat downhill level, it does end with a clever “Back to the Future” easter egg. School has always been an empty place, seemingly taking place on a weekend, but now video billboards contain messaging that relates to recent events and quarantine. Venice Beach is now visually striking, with layers upon layers of graffiti with a stark sunset that’ll have you stop the action to admire it. The Bullring is a glimpse into the future where silliness would become a staple of the series. And Streets offers a neat San Francisco treat of hills and verticality. There’s seventeen levels, with two bonus levels to unlock. It’s really great going through these legendary locations, and re-discovering their secrets to see all the work that’s been done to recreating them with impressive detail. 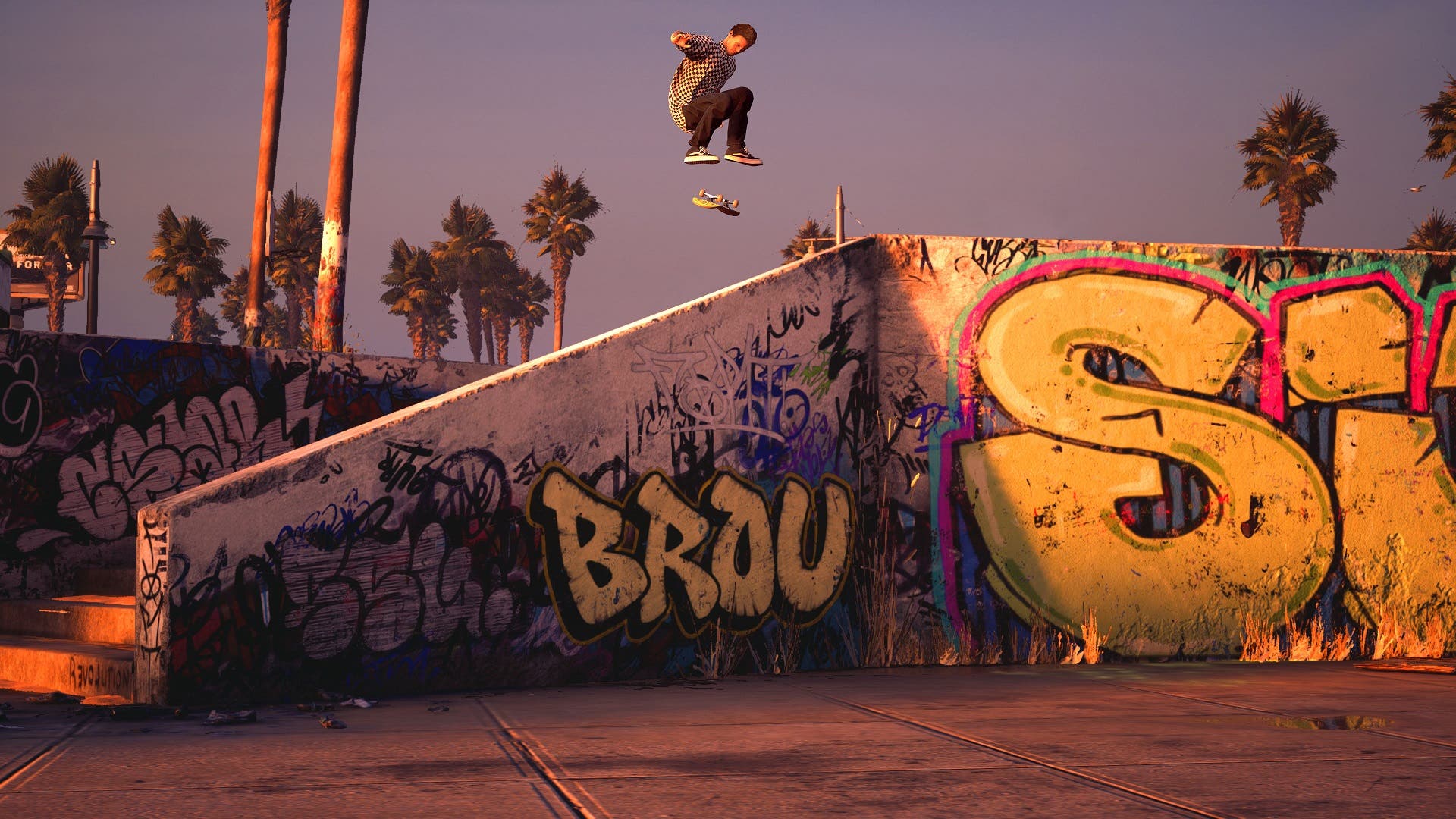 The feeling is mutual

The controls are simple, the execution isn’t, and requires practice to learn the nuance. Corresponding to face buttons, you’ll ollie, grab, grind, and flip. Modifiers can be added by moving the left stick or d-pad in certain directions to initiate a special move or trick, or to rotate the skater. Done in quick succession, you’ll do tricks in a combo, and a score will accumulate. Successfully end the combo to bank those points, or if you bail, you’ll fail and lose the points you’ve racked up. This is an arcade skating experience, based on real moves that strikes a wonderful balance. By default, Tony Hawk’s Pro Skater 1 + 2 lets you perform moves from Tony Hawk’s Pro Skater 3, specifically the revert and wallplant, where it was introduced. There’s some that’ll take issue with its inclusion, and it certainly changes how scores work, and even the flow of the levels. Purists have the option to select THPS1 or THPS2 controls, but it can hurt their scores and leaderboard positions. Sticking with the default felt great, and the most natural way to play.

No matter the skater you play as, you’ll be able to upgrade them to your liking. Stat points are hidden around each level for the taking, collect them all and you’ll be able to max out your skater’s stats. Until you do, you’ll have to be careful how you spend them, and in what categories. There’s a wide cast of skaters, from the titular Tony Hawk to his son Riley to classics like Bob Burnquist, and modern skaters like Lizzie Armanto and Nyjah Huston. Each skater has their own special tricks, and unique style. There’s even some unlockable characters, not quite as good as they were when these games originally released, but it’s enough to feel like the games of yore. Now, if you want yourself in the game. You can choose from a set of pre-made faces, and select the clothes, the style, name, and hometown for the skater of your own making to hail from. This is a feature that didn’t come in to existence until later entries, but its inclusion here is welcome, and right at home. There’s an in-game skate shop to spend your hard-earned dollars. You can buy tattoos, apparel like shoes, shirts, socks, hats, and new decks. The level of customization feels right for what the game offers, and that added personalization gives the game more personality.

This is a free-form kit to build the skate park of your dreams. You can make half-pipes of love, or rails to grind in excess. It’s modular, and features different settings for your parks to flourish. There’s special objects that can be shaped and molded to your desire, creating just the right angle or roundness to achieve the goals of your park. Publish it, and share it with friends and the world to play on. Like what someone has done, but want to improve it? Then you can remix the level and put your own spin on it, and publish that. There’s a lot of longevity to this mode alone that’ll have creators spending hundreds of hours here. 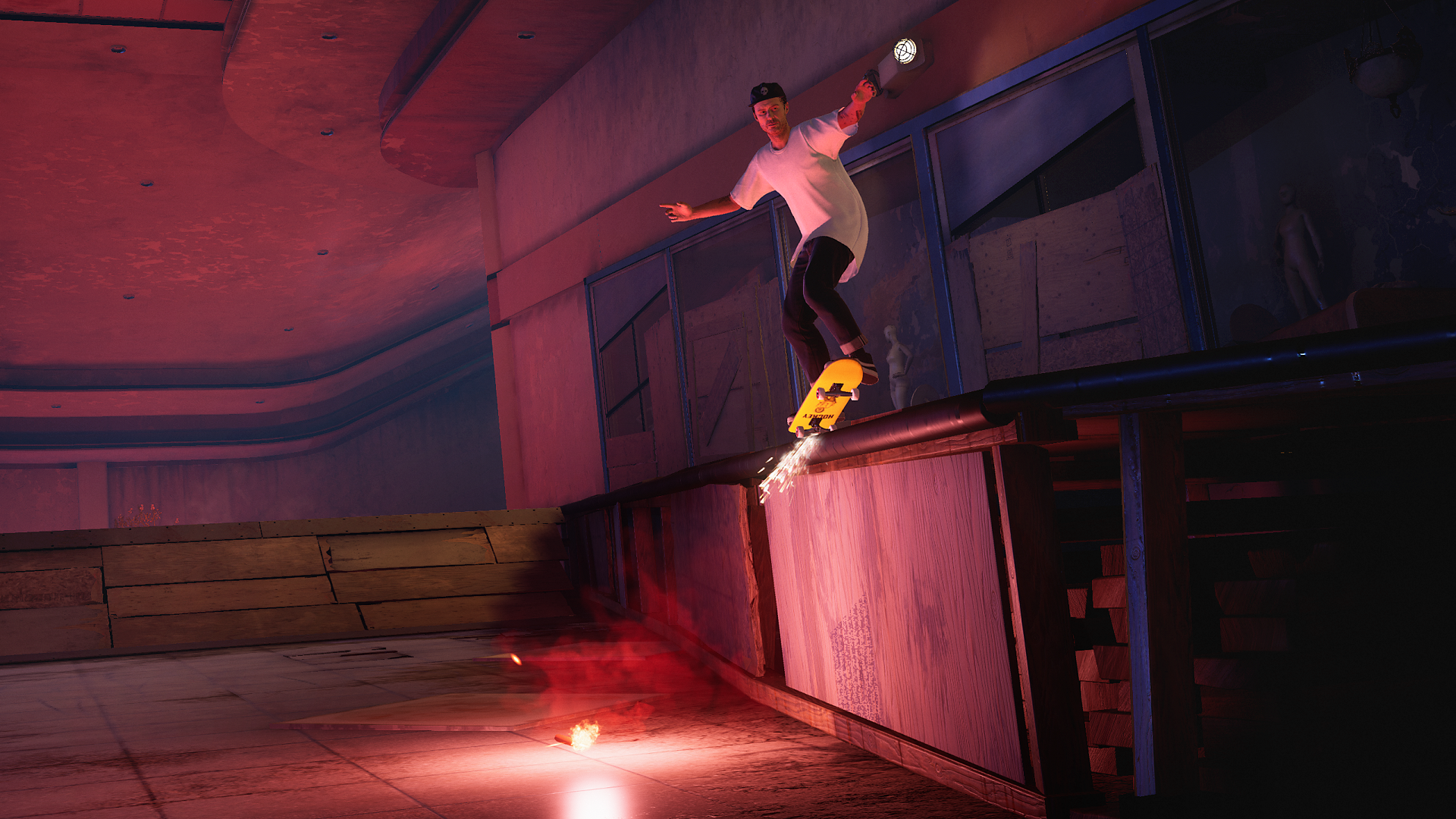 Soundtrack of our lives

The soundtracks were the backbone of these games. They’re so intertwined, that it’s impossible to recreate this game without them. And thankfully, the soundtrack is here in totality, broken up across rock, punk, and rap. It’s a great mix, clearly from the area. But what’s interesting here, is like the new skaters added to the roster, there’s new tracks sprinkled throughout, and they fit in nicely. You can even disable certain tracks that you don’t like, or remove the new songs if you want to go for something specific.

Being able to play levels from the first two games in online multiplayer is extremely exciting. It’s also jump-in/jump-out, making it easy to play with others, and friends. You’ll compete live with players in an ever-rotating series of games. From a Trick Attack to Combo Challenge, or from a game of Graffiti where performing high-score tricks will paint a section of the level in your designated color. The one with the most tags, wins. If online isn’t your thing, you can take it offline for split-screen and play a game of H-O-R-S-E. There are 714 challenges in the game. That’s not a typo or some weird exaggeration. There’s a lot of challenges to complete in Tony Hawk’s Pro Skater 1 + 2. Doing so can unlock session videos from your chosen skater, decks, and more. It’s clear Vicarious Visions knows this game will be played to death, so they’ve done what they could to extend the life of the game beyond the originals, and give something for veteran players to do long after completing the tours.

I could use a little help

There are some really great accessibility options to be found in the game. Whether you’re new to the series, or need help by another means. The game includes some game mods riight away, allowing you to have perfect rail balance, lip balance, an always full special meter, and more. As you progress through the game and complete the tours to 100%, you’ll unlock visual cheats that change the look of the game, or size adjustments that can make you an Ant-Man or a Giant Man. I’m glad the idea of cheats isn’t lost here.

Tony Hawk’s Pro Skater 1 + 2 is incredible on PC. It’s got mouse-driven menus, HDR and ultra-widescreen support, as well a number settings you can tweak and dial. I had the game completed maxed on all settings, and it rarely dipped below 165fps, which is where I cap my framerate to match my monitor. Being able to run this game at such high framerates is unreal, but absolutely welcome from where this series started. Visually it resembles nothing like the original release except in layout, yet it feels instantly familiar when you look at it, just maybe the time of day or weather has changed. It’s a technical marvel, and in-line with how exemplary this release is. Tony Hawk’s Pro Skater is back in a tremendous way. Where every move, every level, every detail matches or exceeds the first two games, and doesn’t miss a step in its recreation. Movement in the game feels just right as the memories come flooding in. It’s so fresh and exciting thanks to the challenge system, as well as numerous other improvements and enhancements. Vicarious Visions have redefined what it is to be a remake, and have done so spectacularly. Tony Hawk’s Pro Skater 1 + 2 is The Second Coming of Christ Air.