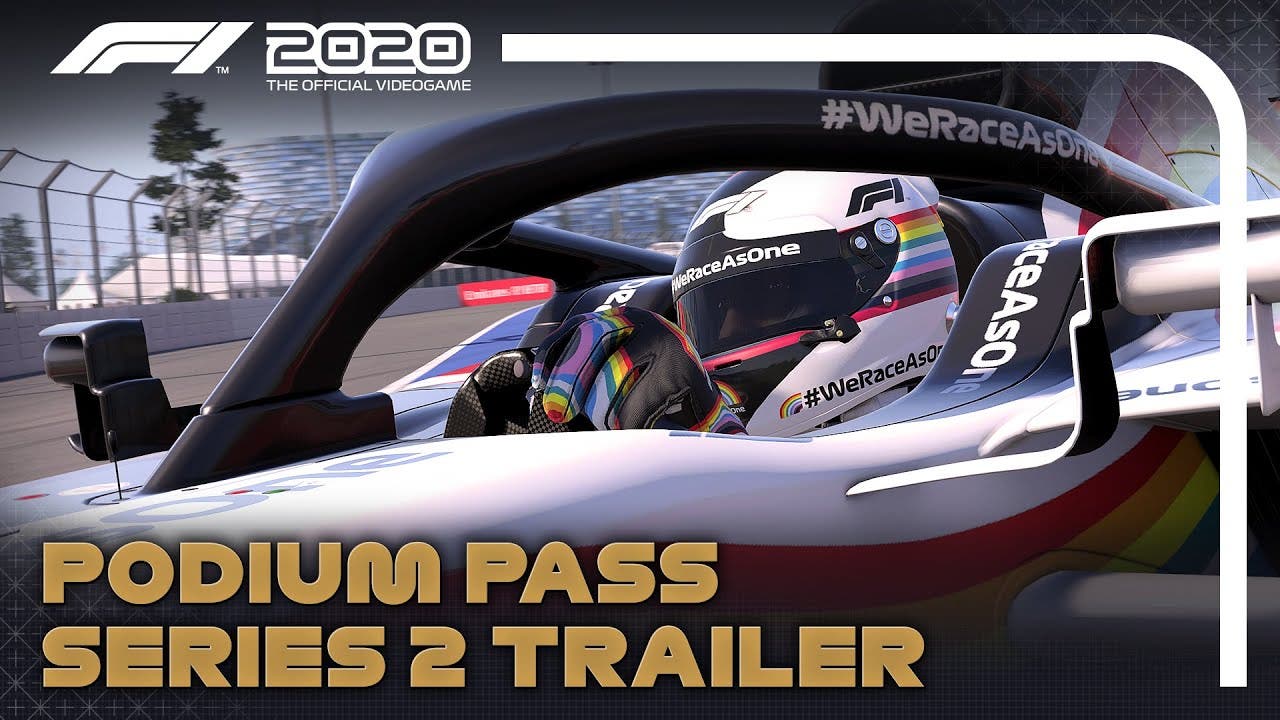 Larkspur, Calif. (Sept. 16, 2020) – Starting today, players can race and unlock thirty new levels of free and VIP content with the launch of F1® 2020 Podium Pass Series Two. Items include exclusive podium celebrations and poses, alongside new car liveries, race suits, helmets, gloves, and badges. Players who purchase Podium Pass VIP can earn back 10,000 credits in virtual currency which can be used to purchase Series Three or items from the in-game Store. The Podium Pass Series Two trailer can be viewed here – https://youtu.be/wN761aNUD14

Players can unlock the additional items through competing in their favorite game modes. At the end of every race, the XP earned helps unlock the next level of content. The cosmetic content, which include items in support of Formula 1’s “We Race As One” initiative, allow players to add even greater levels of personalization to both their driver and car. Players with VIP also gain access to additional in-game challenges which gives them another route to unlock tiers of content.

“Podium Pass Series One was very well received by our players, and we’re excited to add new cosmetic items for Series Two,” said Lee Mather, F1 Franchise Game Director at Codemasters. “Players love to earn content off the back of their achievements. Whether they use the free level only or upgrade to VIP, there are a lot of cool items to unlock which offer more ways for players to personalize their race day look.”

Earlier this week F1 2020 received its first Sports Update. Six of the ten teams’ cars have been modified to include the latest sponsors. These range from #WeRaceAsOne messaging and logo, to bespoke updates including Alfa Romeo’s “50 Years Sauber” branding. Also included as part of the update are regular fixes and optimizations.

For more information on Formula 1’s “We Race as One” initiative, visit: https://f1.com/2ZaiKCr