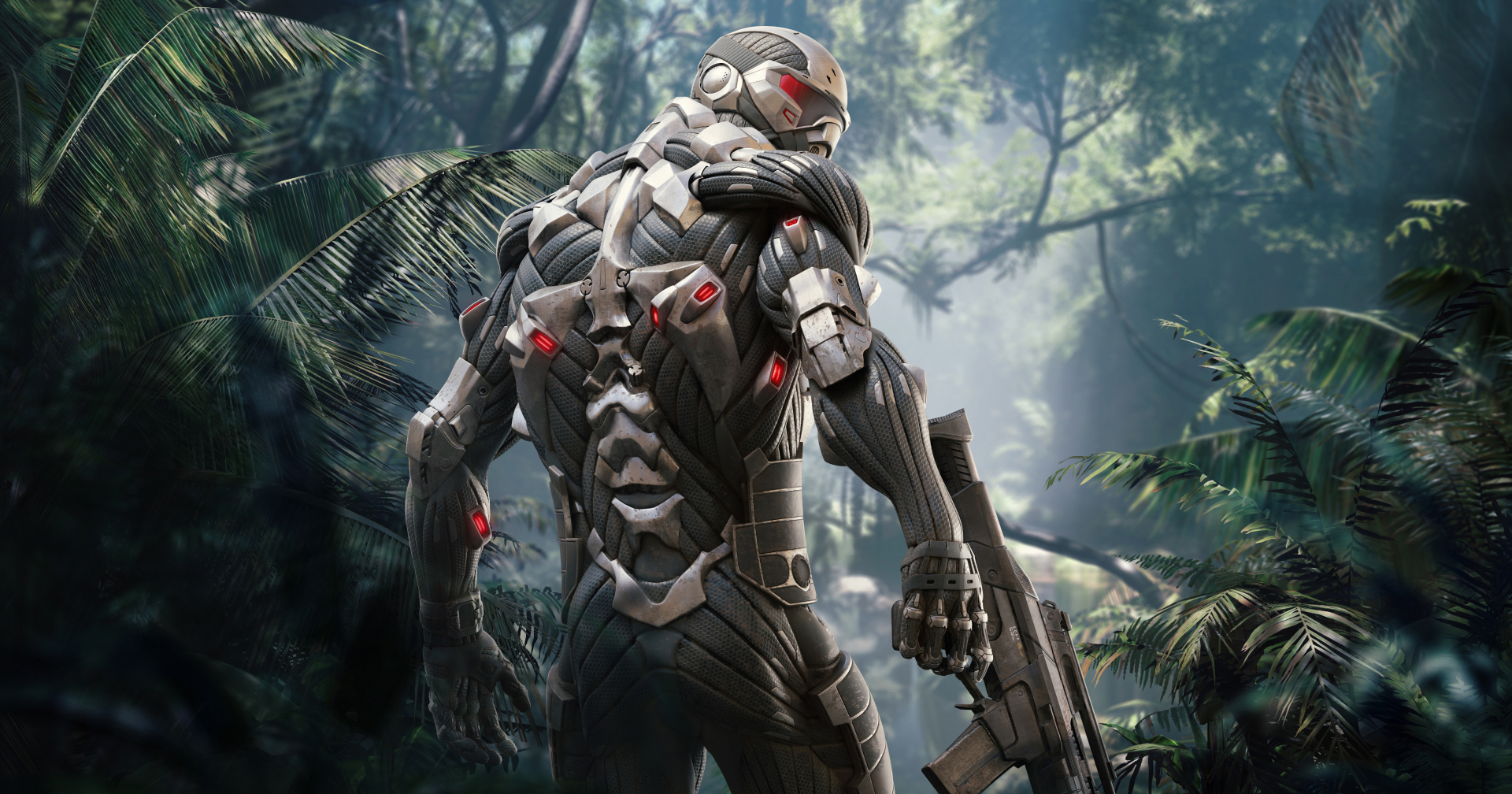 Crytek has remastered their science fiction first-person shooter for the modern day with improved textures, software and hardware raytracing, and lighting. And Crysis Remastered does for 2020 just like what the original Crysis did in 2007, and that’s humbling you for having what you’d thought was one of the best gaming PCs. It’s a gorgeous looking game that sees some clear improvements, but also some questionable changes. Crysis Remastered is a nice return to the paradisal island for some sun, fun, and guns, but it’ll have you wondering why they did that, instead of how they did that. 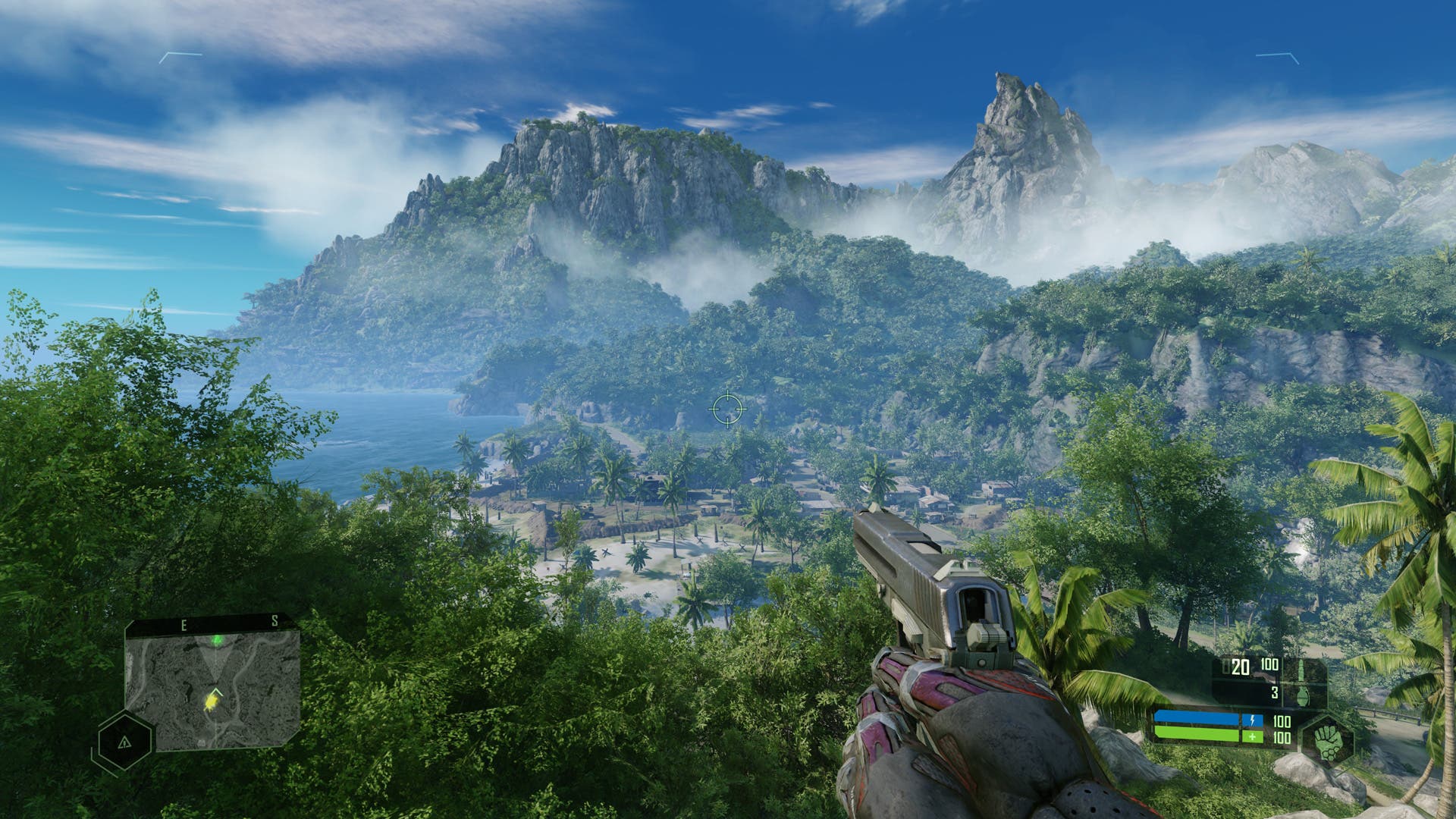 You play as Nomad, part of the U.S. Army Delta Force who are users of the new nanosuit. A suit that has several advanced powers that is set to change the landscape of combat. You’re sent to an island teeming with bizarre activity, to investigate what’s going on and recover What’s interesting is that the game is set in August 2020. So there’s a weird future meets present day scenario. Upon your arrival, an EMP shorts out your suit as you’re skydiving into the island, and the team gets separated. As you work to regroup, you’ll encounter the enemy force occupying the island, the North Koreans. In a “Predator” type of way, your highly-skilled teammates start getting picked off one-by-one, as do the Korean People’s Army (KPA), but even even larger numbers. Because the nanosuit is not only secret, but protected, anyone who dies gets vaporized by the team leader. One character even remarks “I never get used to that” — how many times does this happen, dude? That aside, this is a game shrouded in mystery in its first few hours, and about halfway through it becomes clear. And spoilers, it’s aliens. What results is a pretty thrilling campaign that goes places, and it’ll last you about 8-10 hours depending on difficulty and how you play.

The aforementioned nanosuit offers up four powers: super speed, strength, armor, and clocking. Strength feeds into multiple elements like performing super jumps or grabbing and throwing enemies, to even punch palm trees down with ease. While the story has you being hunted like prey, you can also be the predator with your cloaking and other abilities. You don’t get to be amongst the treetops, but there’s lots of room to play with your food. From this to the zero-gravity sections of the alien corridors, there’s “Predator” and “Predator 2” vibes all over this game. One of the coolest things about the game is being able to customize your gun on-the-fly, introduced in the original game and has been copied since, you can pull up a menu to add or remove attachments at-will, to fit each situation. New attachments become available as you pick-up weapons that have them. Then going forward you have the ability to set it. Between the suit and the guns, the level of customization and deciding to play how you want is what this game is about, if not subdued this time around. More on that later. 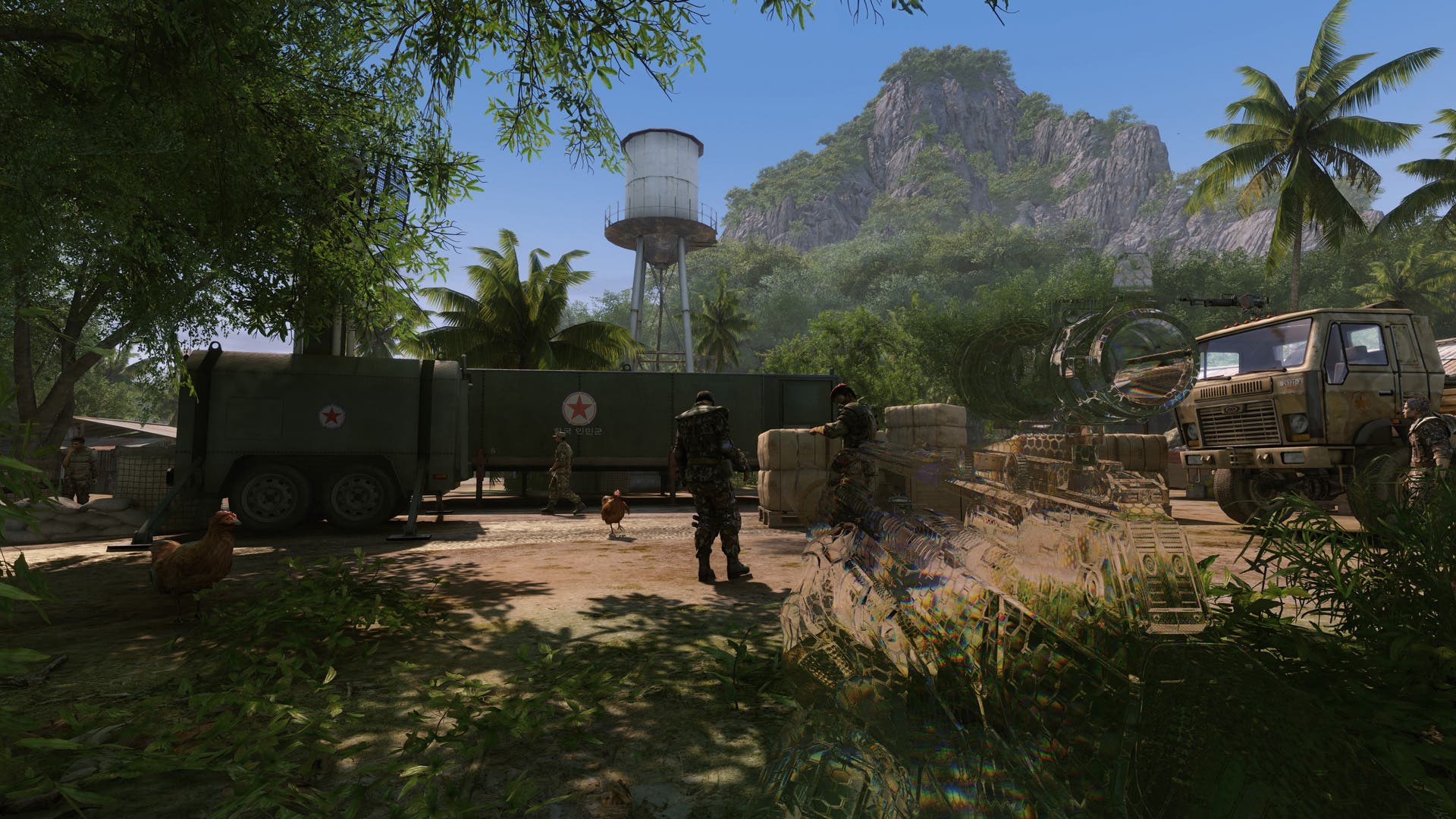 So what’s been improved? Crysis Remastered was built on DirectX 11 and uses NVIDIA’s VKRay (Vulkan Raytracing) extension. What that means that allows for software and hardware raytracing support, where an NVIDIA RTX card is not needed to achieve the effects that those cards create. Next, the game now supports up to 8K resolution, which I was not even able to test. Though, more importantly the game has higher quality textures (to support 8K), and it looks really great. There’s also added depth of field, and improved global illumination that rounds everything out. It’s a very good remaster from a visual standpoint.

Alright, so what’s changed? I’m so glad you asked, because that’s an even longer list. Firstly, and most criminally, there’s no lean function. On console that won’t be a big deal, but on PC it is, especially since it existed in the original PC release. Another loss in regards to leaning, is that in the zero-G environments of the alien sections of the game, it’ll auto-orient you and it can actually be disorienting as a result. It removes a lot of the tactics when hiding behind trees. This is a game where you can tackle your objectives in any order, and meant to toy around. There’s no manual or quicksaving, which was a staple of the original Crysis, to further entice you to experiment. It’s unfortunate then that the AI seems kind of dumb now, often standing still when you’re uncloaked and shooting at them. Weapon selection is now incredibly clumsy, relegated to mouse-driven radial selections that often don’t register your input, and reliance on mouse wheel to change weapons. Puzzlingly, the the VTOL mission “Ascension” is completely missing. This mission served as the means to transferring you to from the island to the next mission on the aircraft carrier, while flying a vehicle the one and only time. Perhaps related, is that the multiplayer has been stripped away. There’s no Crysis Wars to be had here, which does give an understanding about its attractive pricetag. 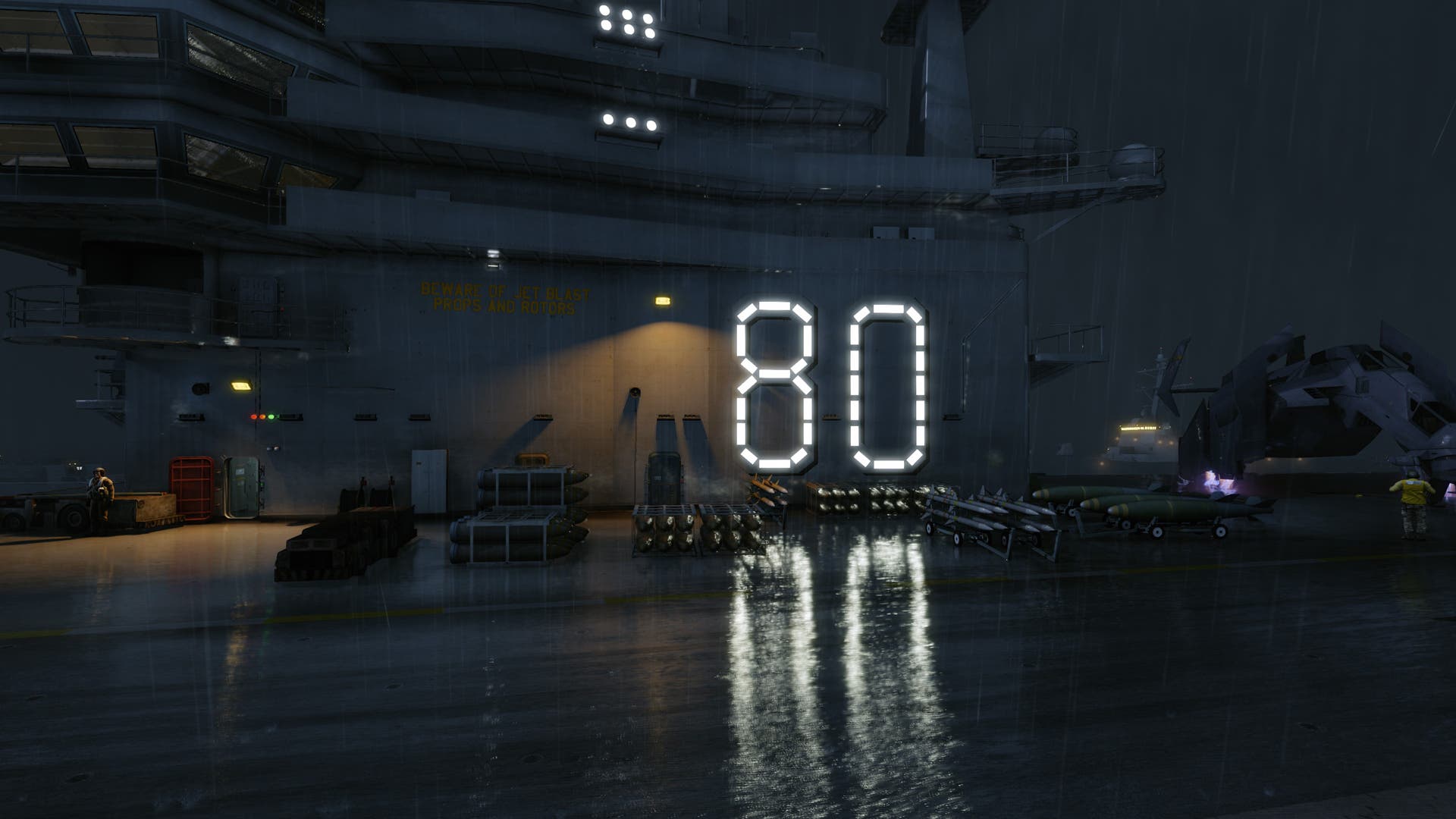 Having reinstalled and played a bit of the original Crysis for comparison, it clearly looks better than the original almost in every way. Some of the global illumination changes look worse. For instance, the big island reveal that happens after the first night where it becomes day used to be a gorgeous sunrise, is now replaced by a late morning sun that doesn’t have the same effect. Though, that could be a personal taste thing. In almost every other instance, dense jungles look incredible now. I would have liked to have seen a DirectX 12 implementation, in addition to the DirectX 11 and VKRay that exists here. For most of my time in the game, I had to run the game on the “High” settings to get close to 60fps, but was often under it. This feels designed for future systems in some respects, or perhaps is not well optimized. I’m inclined to say the latter this time around, and it seems like there’s work to do yet. 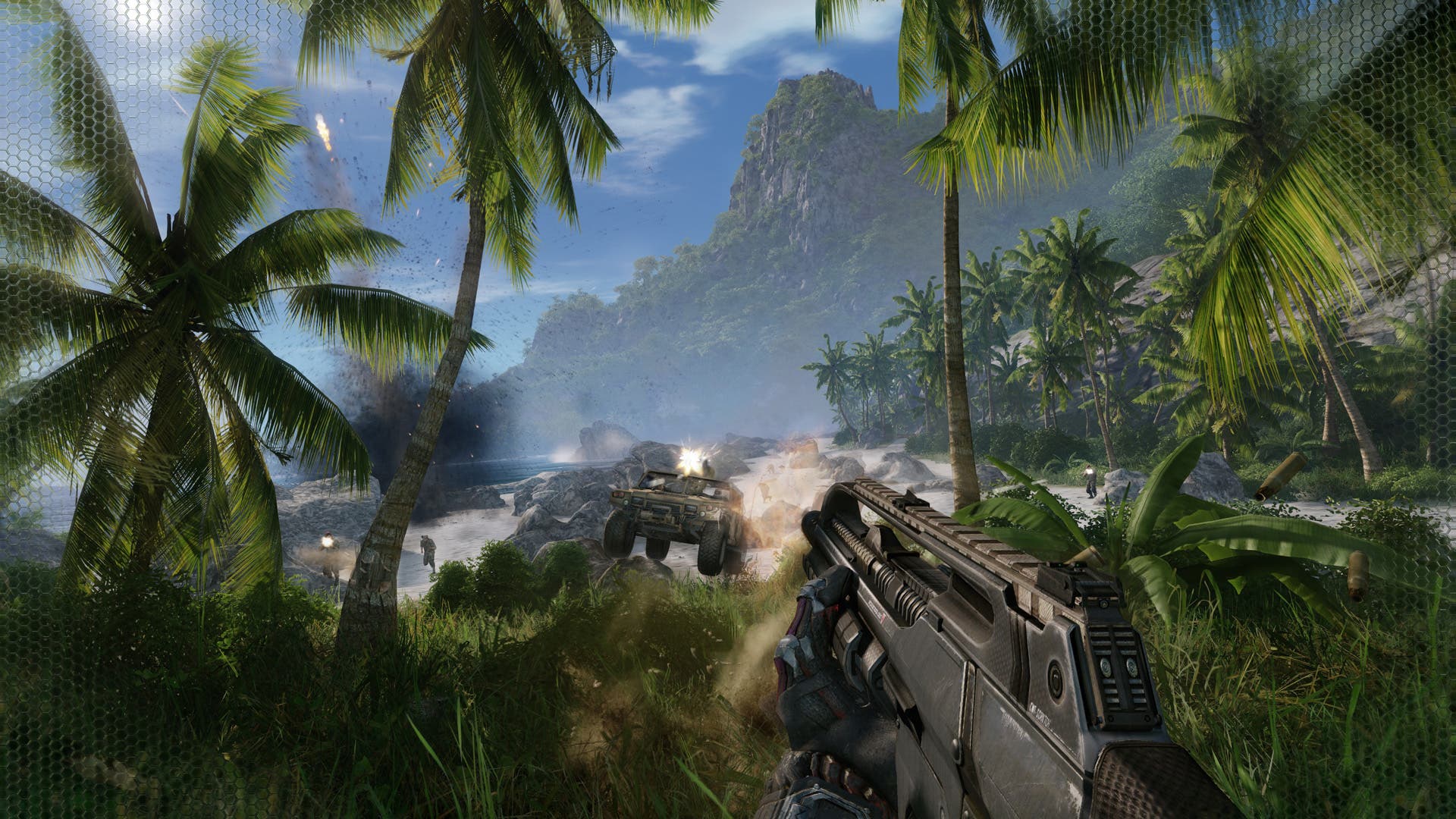 Crysis was a technical marvel thirteen years ago, and in some respects still is. It was the game to beat in terms of graphics and benchmarks for so many years. Crysis Remastered tries to insert itself into that conversation again, but it’s just not there yet. It’s clear that Crytek and Saber Interactive have made some mistakes here, with removing features deemed essential to the experience, cutting a level inexplicably, and making visual changes that affect the mood. It’s not a mediocre remaster, just disappointing and hamstrung in places you wouldn’t expect. Crysis Remastered is still a solid science-fiction shooter sandbox, lacking things that are supposed to be the barometer of PC gaming excellence in favor for what seems to be console compromises.