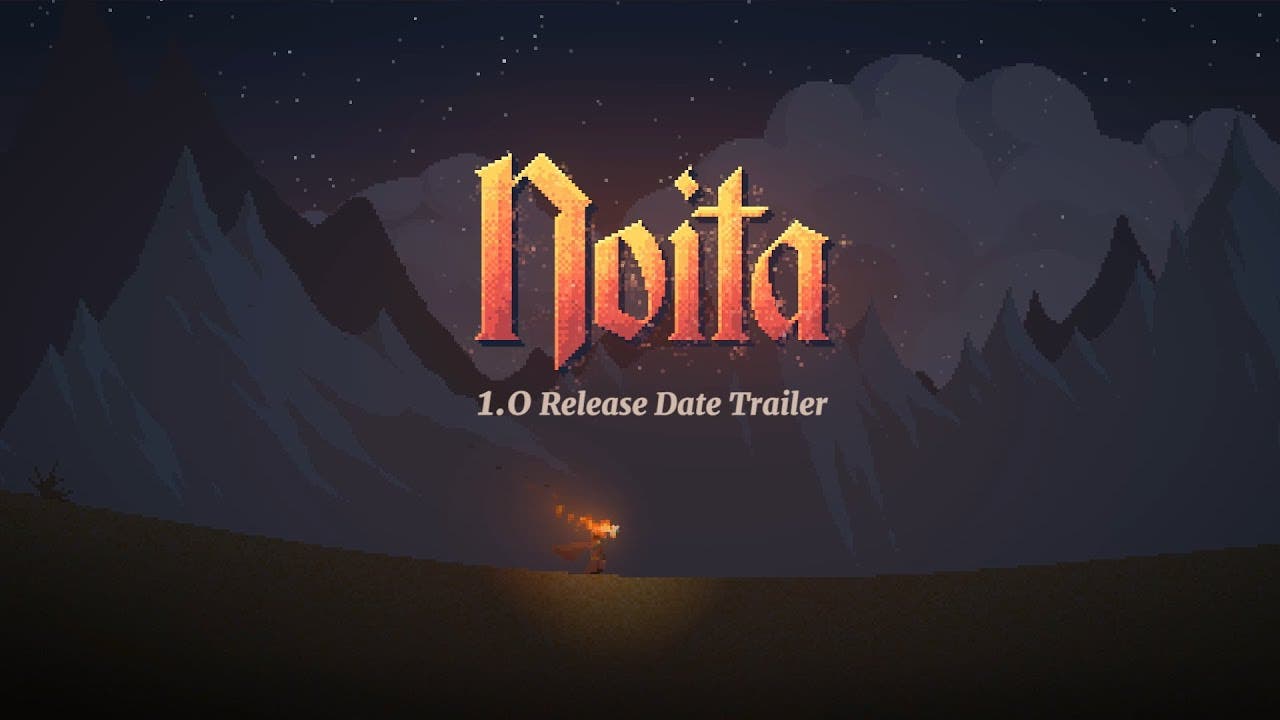 Noita warlocks-in a release date for version 1.0 of this magic-focused and simulated pixel roguelite

HELSINKI — Sept. 22, 2020 — Nolla Games, the studio founded by the developers of such acclaimed titles as Baba Is You, The Swapper, and Crayon Physics Deluxe, has announced that Noita, the magical action roguelite indie hit, will officially launch out of early access on October 15 on Steam, GOG.com and itch.io. Explore a truly interactive world where every pixel is physically simulated, allowing you to melt, burn, freeze and evaporate your way through any challenge using spells you create yourself!

Noita encourages you to use your imagination and discover your own path through deadly caverns, freezing wastelands and more. Manipulate your surroundings and defeat enemies with magical spells you make. Interact with a unique world that changes procedurally with every playthrough, creating new environments and endless possibilities.

At launch, Noita will get its biggest update yet featuring tons of new content, including new enemies, perks, music, and over 20 spells, as well as a wide range of general game improvements and bug fixes. In addition, the introduction of Twitch integration will allow streamers to let their viewers vote on various in-game events for even more creative surprises!

Noita is on sale for 20% off on Steam now until September 24 on its own and as part of the Nolla Games Bundle. For more info, visit www.NoitaGame.com, and follow @NollaGames on Twitter.