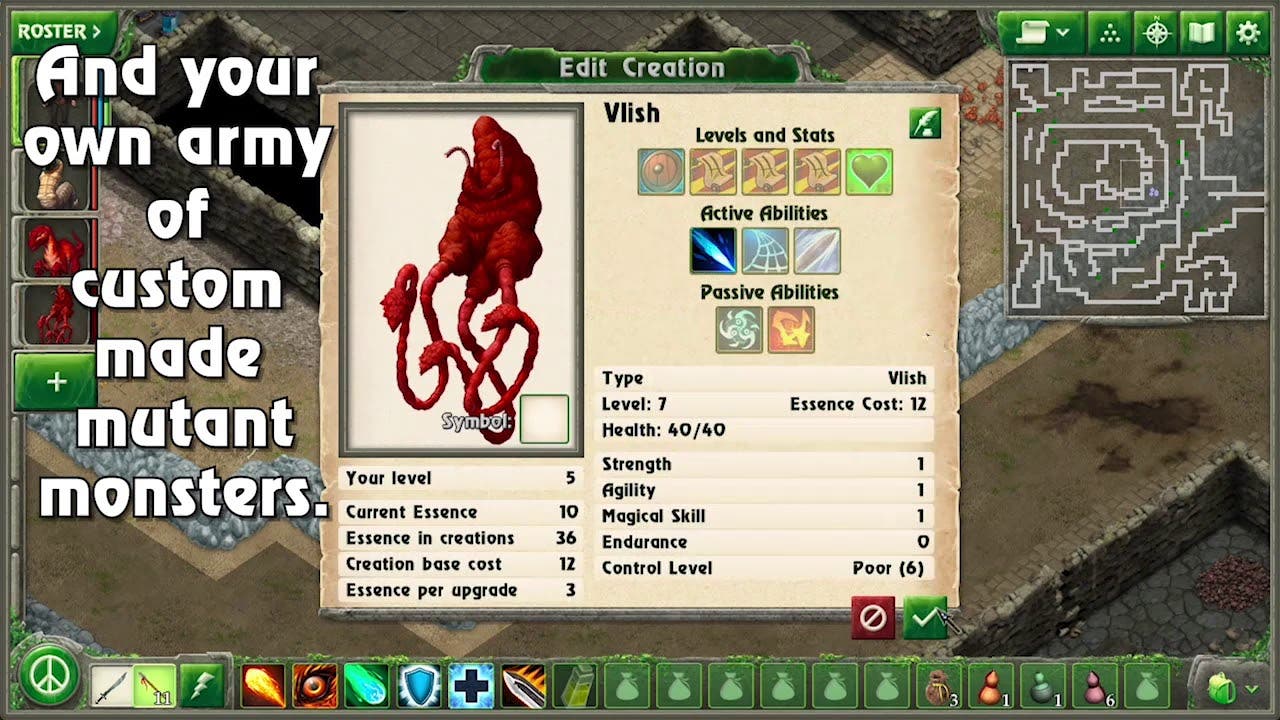 Geneforge 1 – Mutagen gets an early 2021 release date for PC, Mac, and iPad

Geneforge 1 – Mutagen will be one of the most open-ended role-playing games available. Choose between a host of rival factions. Use magic or your deadly pets to crush your enemies. Or, use trickery, diplomacy, and stealth to win the game without ever attacking a foe. Destroy the final boss, or switch sides and join him. Fight alone or create your own army of custom-made mutant monsters.

In Geneforge 1 – Mutagen, enter the world of the Shapers. The Shapers are wizards with the awesome power to create life. Need a servant, or a pet, or a tool, or a mighty beast to fight and die for you? The Shapers create it.

The creations of the Shapers are expected to obey completely. If not, they are destroyed. The Shapers guard their magical secrets with fanatical devotion, executing all who steal them. However, some of the Shapers’ creations are intelligent, and they want their freedom. The Shapers underestimate their creations. This mistake will lead to disaster.

The coming rebellion will scorch your continent. Who will win? It will be up to you.

Geneforge 1 – Mutagen is a total remaster of the 20-year old indie classic Geneforge. With the help of a successful Kickstarter, this new game will be a completely remade and greatly expanded recreation of the original.

Geneforge 1 – Mutagen will release for $19.99 on Steam and the Apple App Store.