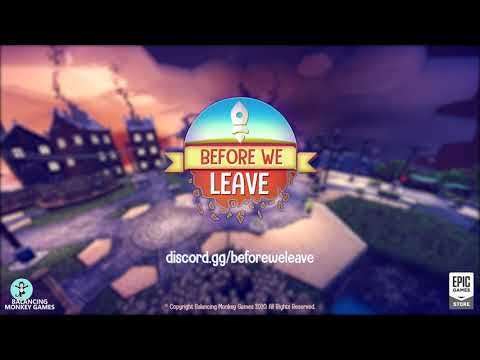 New Zealand – October 6, 2020 – Developer Balancing Monkey Games has launched its “Paving the Way” content update for the non-violent city-builder game Before We Leave.  The new “Paving the Way” content update brings a variety of new features including new resources, the ability to upgrade roads, a new Warehouse building, the ability to supply a list of names for Peeps and Ships, optional onscreen controls, and much more.

In Before We Leave, players are tasked with leading their group underground because of natural disasters. Generations later they arise and must rebuild civilization and expand society to other continents and eventually other planets.

Before We Leave is available for purchase on the Epic Games Store for $19.99.