Age of Empires III was actually the first game in the franchise I played, and that’s when I fell in love with it. Now, it’s true that Age of Empires III wasn’t as well received as Age of Empires II, but it was a more accessible, digestible game that really worked for me. And after fifteen years, those feelings came back while playing this remaster, this is still my favorite — mainly due to the setting and the story. With completely redone cutscenes, updated animations, Ultra HD textures for up to 4K resolutions, and new civilizations make this an easy sell. Age of Empires III: Definitive Edition is a bit slimmer compared to its predecessor, with less civilizations and not as complex, remains a tremendous adventure with its singleplayer and multiplayer content. 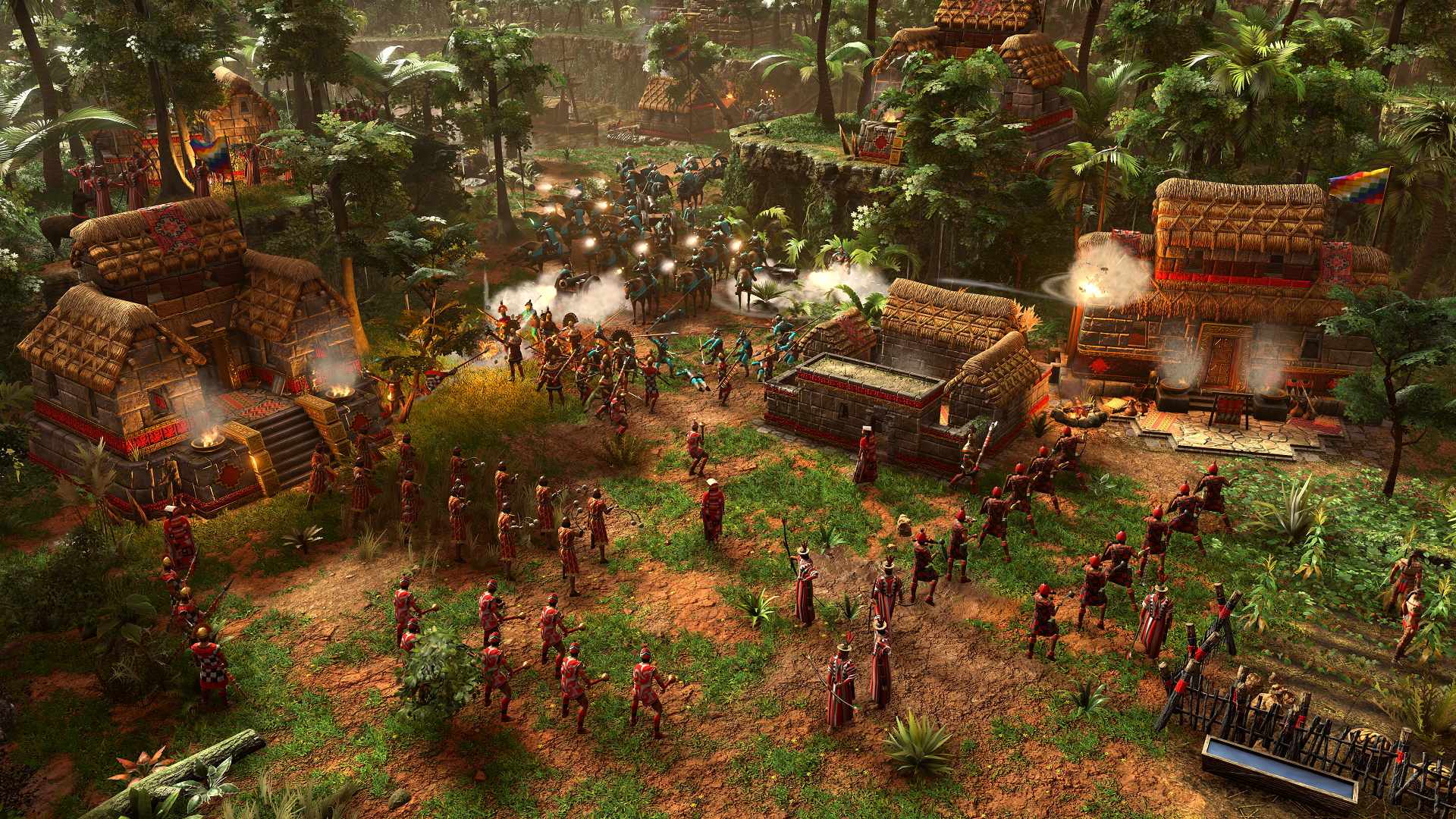 The game takes place from the 1500s through to the 1800s. You’ll be mostly building up civilizations throughout the Colonial Era. Age of Empires focused on advancements from the Stone Age to the Iron Age, and Age of Empires II focused on medieval eras of the Dark to Imperial Ages. There’s a fifth and final tier that was added to Age of Empires III that gave it further growth. A common complaint was how simplified this game was compared to the two prior entries, but it feels more streamlined even though it isn’t as strategically dense as its forebears.

The gameplay loop follows similar structures of the prior entries: build a town hall, and then send your settlers to get lumber, coin, and food. There’s one less resource to collect here, as stone isn’t needed anymore. Age of Empires III sees some changes like building a mill for infinite food, but comes at the cost of a slower rate than other food harvesting options. You can also build plantations for infinite coin, with the reduced rate of earning over other methods. While you could play as influential and historical units previously, now there are true hero units to scour maps. These hero units can fall in battle, but can also be revived by healers. Heroes are the only ones who can claim treasure spots around the map, usually guarded by humans or animals. During combat, units can earn experience from defeating enemies in battle. Age of Empires III also sees naval battle improvements for more exciting combat on water, which is in abundance here. Also new to the game is forging alliances via trading post with indigienous tribes found on land as you scout them out, automatically or manually. There’s a quicker pace to it all, and shows some risky experimentation. 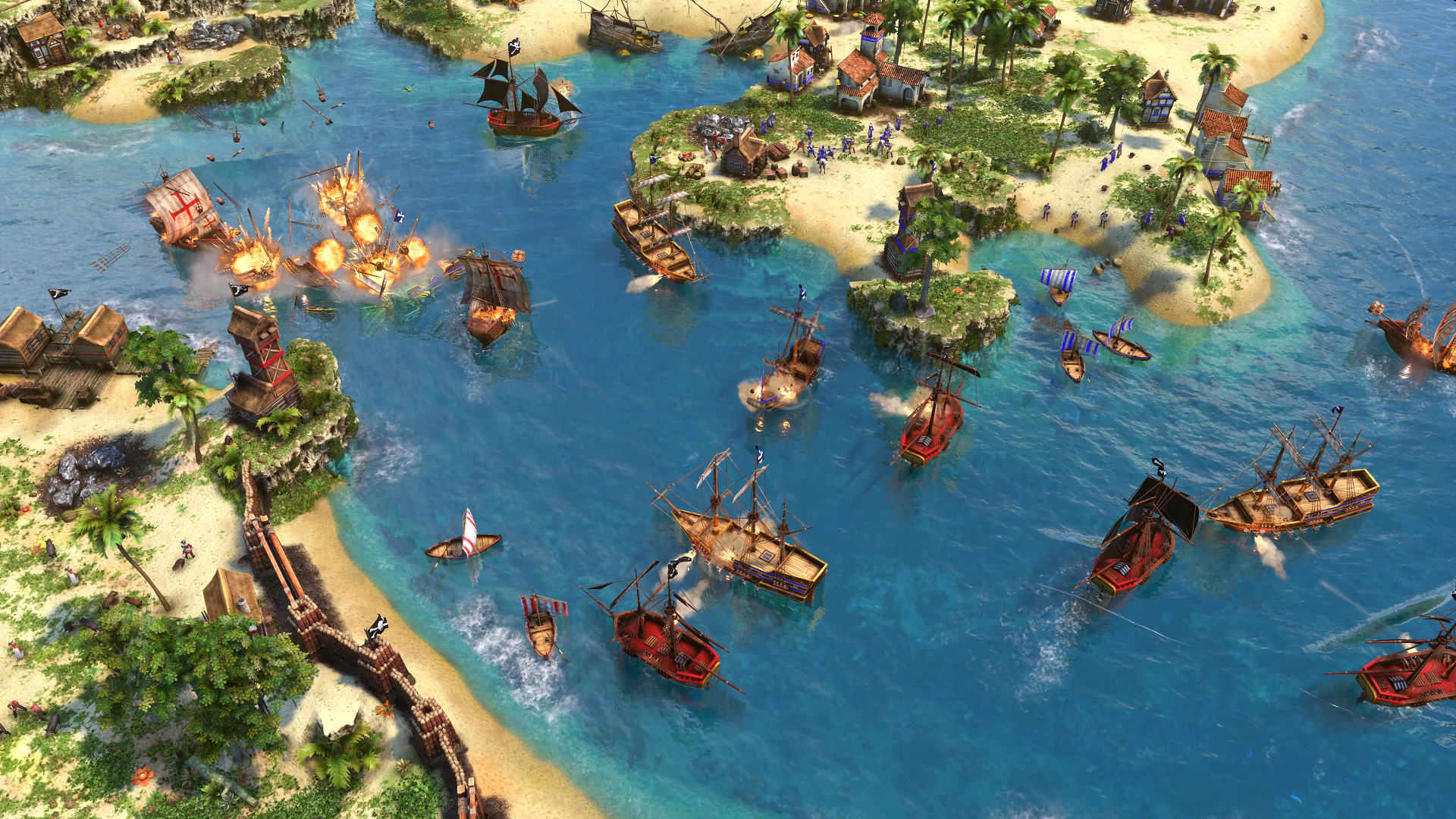 Age of Empires III: Definitive Edition introduces two new civs: the Incas and the Swedes. This bulks out the game’s roster of civilizations to sixteen. Age of Empires II: Definitive Edition had 35 civilizations, so it seems paltry by comparison. Though it isn’t, it feels like you can understand each civilization a little better, and know them more intimately than you could in prior games. It is unfortunate then, that there’s not a new campaign to be found, though I’ll say that the main game plus the two previously released DLCs are hefty on their own.

There’s now a concept of Home City. Whatever civilization you hail from, you’ll be in constant contact to request supplies be sent to wherever you are. Points are earned as you level up to make improvements to the home city. In addition, there’s a deck system whereby you can select the cards to be used in conjunction with your home city to match your needs when playing the game. While a lot was added and / or changed, this still felt like an Age of Empires game. 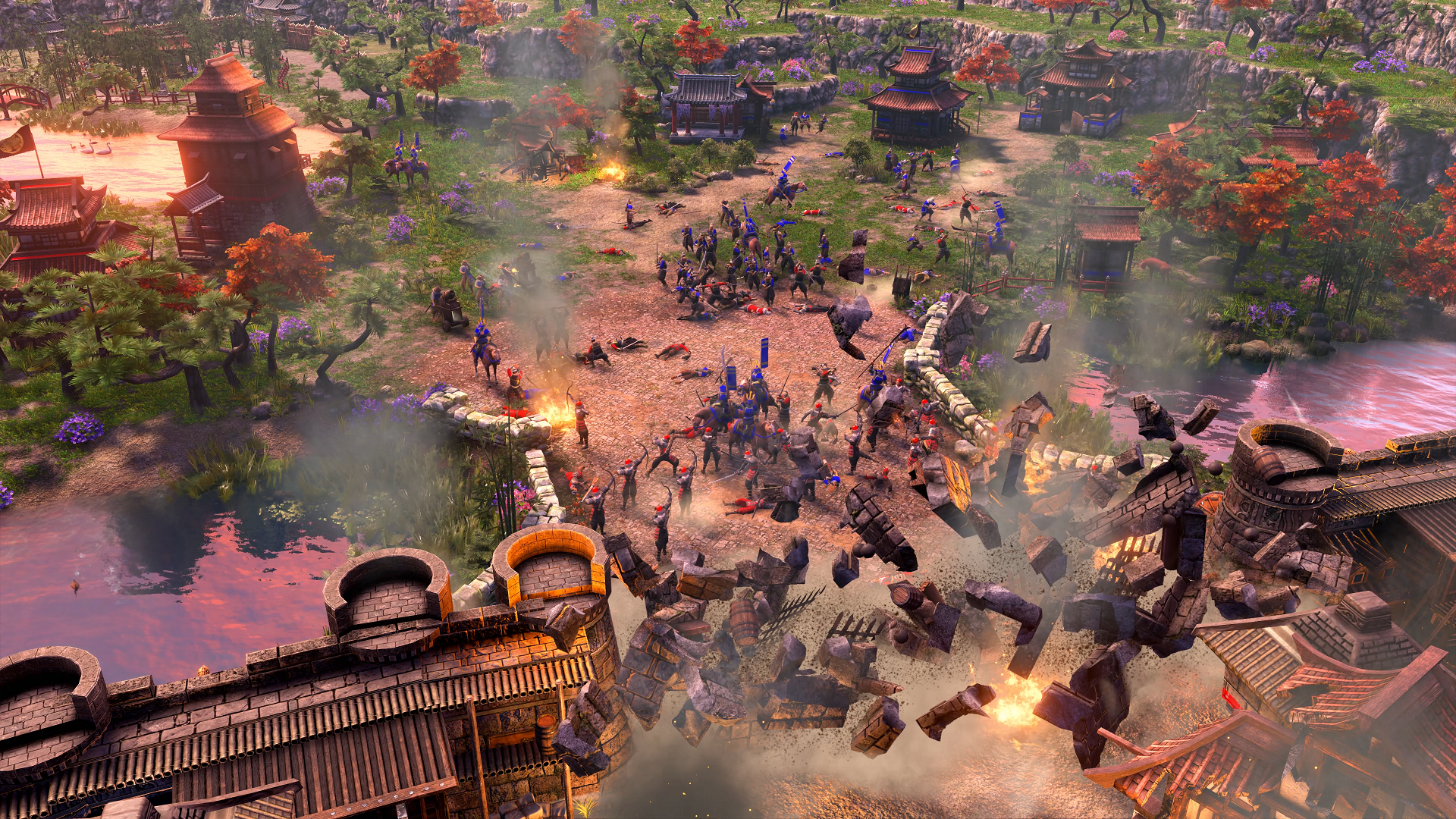 The developers have a pop-up from the moment you start-up the game which discusses that in the process of remaking the game, they found some of the material not accurately reflecting the cultures they were depicting. So they took extra time to consult with indigienous tribes of the Lakota and Haudenosaunee Nations. As a result, they’ve replaced or reworked anything that didn’t fit with the ethos of the game, in that they could live up to “Games for Everyone”. Whether you notice it or not, the effort that went into it can’t be ignored, and shows they have great attention to detail, and strive for authenticity.

There’s three campaigns to Age of Empires III: Definitive Edition; the main campaign from 2005 with its 32 missions, then the Warchiefs expansion that released in 2006 spanning 15 missions, and finally the Asian Dyanasties campaign from 2007 for 15 missions across three different dynasties. Each offers a unique viewpoint, and continuation of the story told through this fictional characters. For the first time, there’s proper cutscenes in the game and the rework to the them have been noticeable. They add flavor to the game that has otherwise been tasteless in the past. Now as you move mission to mission, you’re treated to some character development and an intriguing story to follow. The campaign doesn’t follow any certain formula, so you won’t be doing the same thing, which gives it variety. 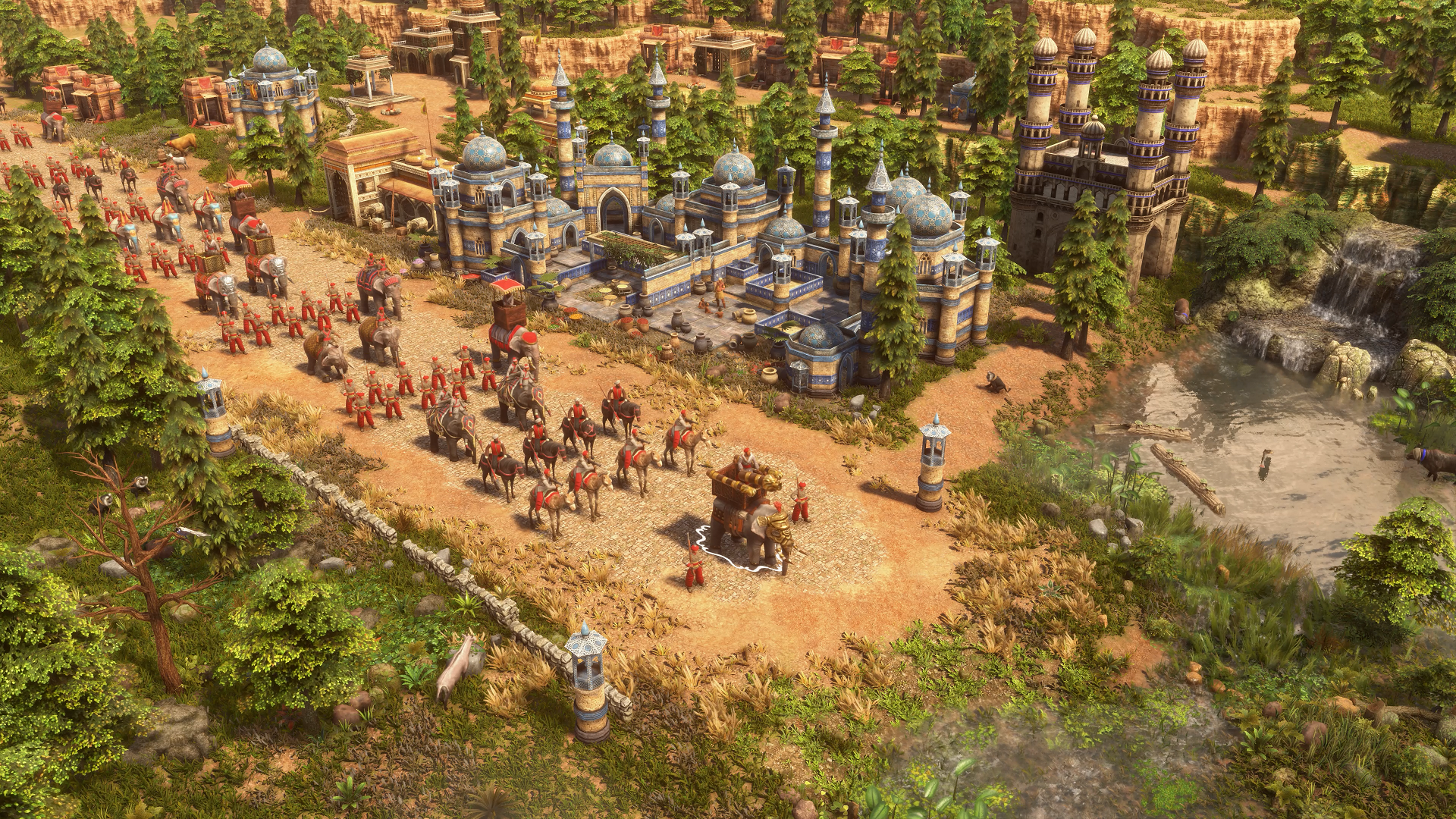 Like with Age of Empires II: Definitive Edition before it, is the inclusion of historical battles. These let you take on the AI in historically accurate battles in select moments of history. These missions are specifically focused to challenge you, and offer three difficulties to play on. This adds to the life of Age of Empires III: Definitive Edition in really exciting ways as new missions become available by completing the previous. This has never been a series steeped in so much accuracy, but this mode aims to fix that with these incredible missions based on real-life events.

The Art of War

Sun Tzu’s work is never done, as Age of Empires II: Definitive Edition also introduced The Art of War challenge missions. They’re back here, serving as challenge missions. These work as both extended tutorials and a means to prepare you for the game’s multiplayer. You can be good against the AI, but to be good against other humans, you’ve gotta improve all aspects of your game to include actions per minutes (apm). There’s nothing to exciting in their setup, but you’re required to watch a short cinematic before playing each challenge, and it’s a great way to optimize your gameplay habits in the long term. Especially when there’s only a few seconds separating you from the gold medal. 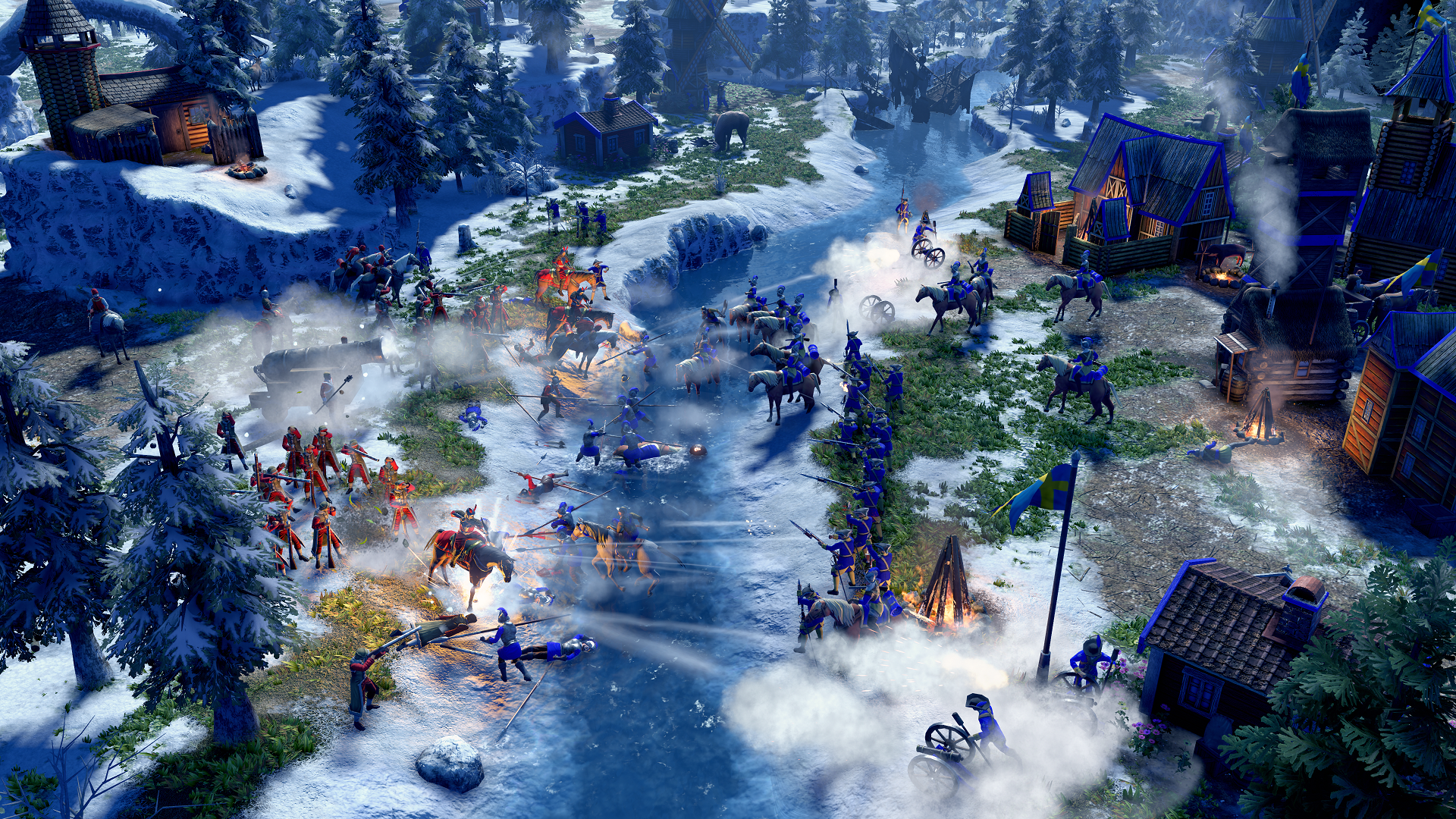 While I was unable to play the game prior to launch, it pits people against others in either team or free-for-all scenarios. It’s like skirmishes, but much more detailed. The game types include: Supremacy, Deathmatch, Scenario, or resume a Saved Game. And playing them with game rules like: Standard, Classic, Treaty, and King of the Hill. There’s a lot of options here, and you’ll never find yourself getting bored.

Though, one thing I didn’t see was any limited time events in pre-release. I’d like to see them make a return like in Age of Empires II: Definitive Edition. There’s a lot of growth and potential in the online component, that could just be a bit more dynamic. 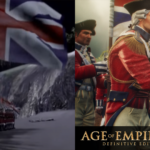 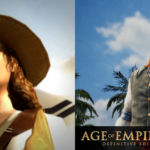 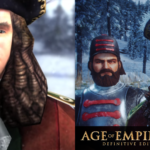 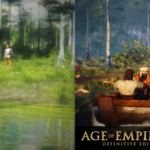 There’s so much new from a graphical point of view. You’re given a choice of three UI options: Default, Definitive, and Classic. Default is a general UI, that works for anybody coming to the game. Definitive is for those who got used to the UI in these remasters, and keeps in-sync here – this is what I choice, and I enjoy it the best. Classic offers a UI that resembles closest to the original Age of Empires III in terms of placement, not looks. All the UI options are great, and it’s all to your preference. All game models have been updated with more polygons, and retextured. The game looks great in action, and the era that introduces gunpowder for explosions and fire really pops on-screen. Admittedly, Age of Empires III still holds up pretty well given that they weren’t sprite-based models. But put that game side-by-side with Age of Empires III: Definitive Edition, and you’ll never be able to go back.

In terms of size, Age of Empires III: Definitive Edition (with 4K DLC) comes in at 35.22GB installed, whereas Age of Empires II: Definitive Edition (with 4K DLC) is at 38.17GB. This game does have less civilizations, but given how close they are in size, with the previous game being bigger, does give an indication of the breadth of content to be found. 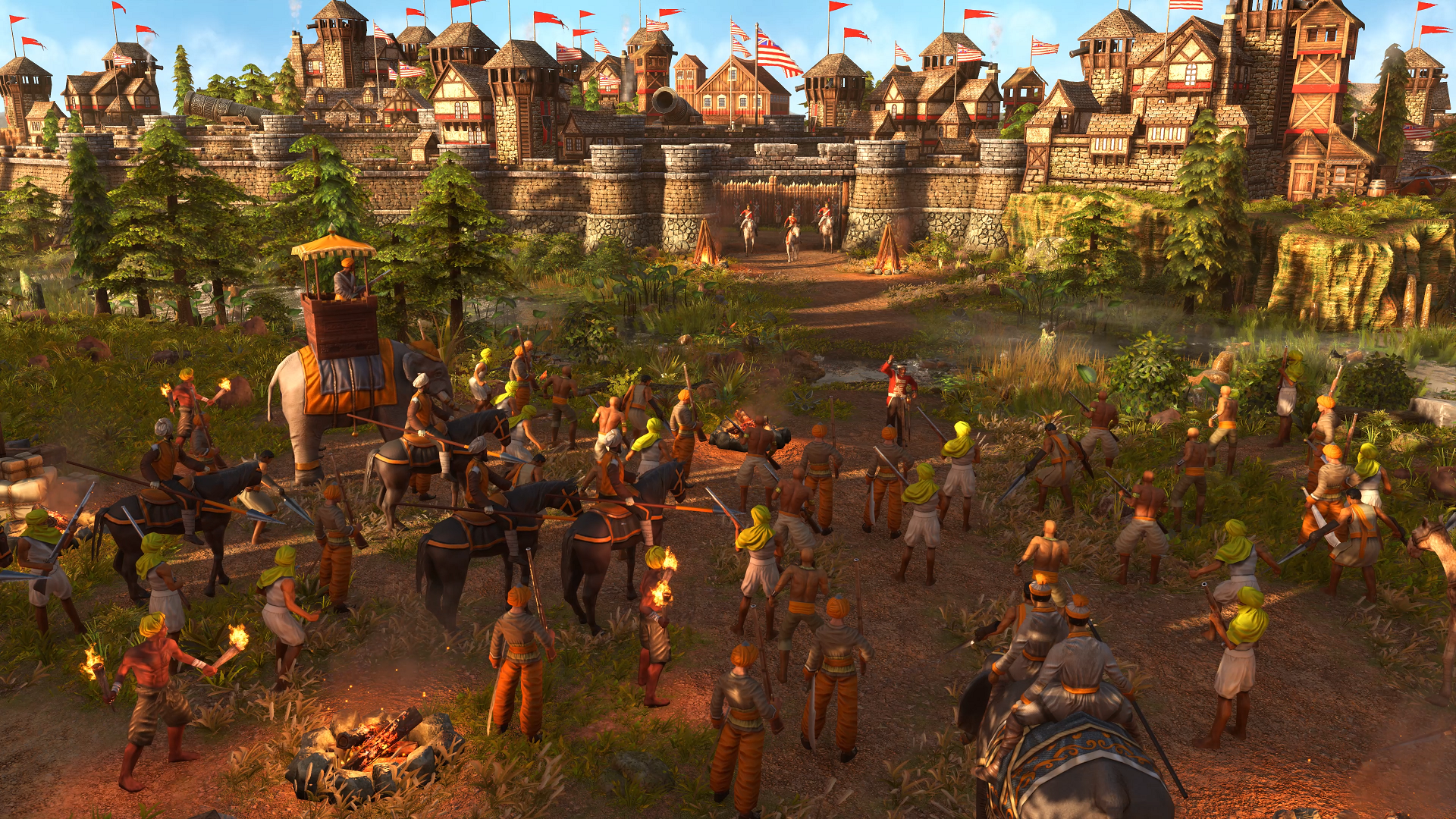