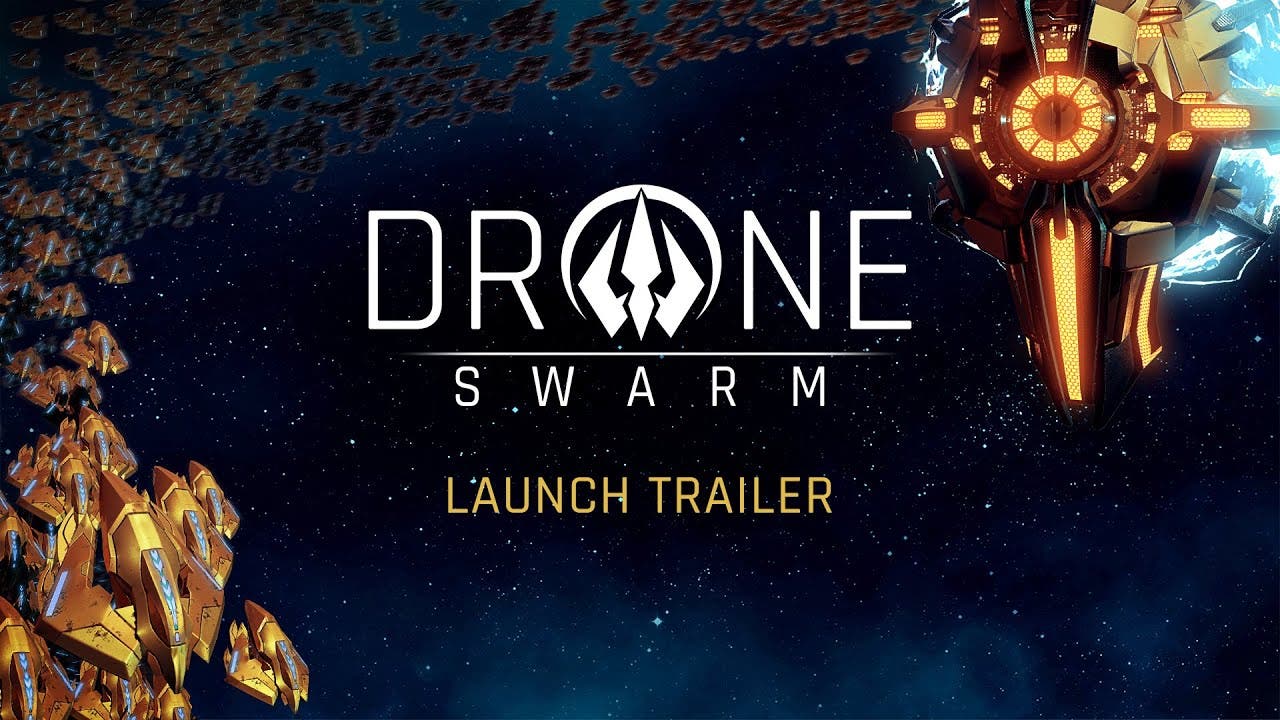 Drone Swarm now available on PC via Steam, a sci-fi strategy game where you control 32,000 drones

Duesseldorf/Germany, October 20, 2020 – The new strategy adventure Drone Swarm, which lets you control a swarm of 32,000 individual drones, is available now on Steam™! The innovative gameplay of Drone Swarm is embedded in an exciting sci-fi story, that will take you to the frontiers of the known galaxy and beyond.

In Drone Swarm, you slip into the role of Captain Carter, the commander of the Argo, mankind’s only FTL ship. On your journey into the depths of an unknown galaxy, your main mission is to jump from system to system and battle powerful alien fleets in action-packed space battles. To this end, you need to take control of the impressive swarm of 32,000 individually simulated drones. Destroy enemy vessels, slam them into one another, block attacks and outsmart defenses. Quickly analyze attacks of your adversaries in order to develop the best defense strategy and to launch a strong counterattack.

To be successful, your tactics must always be adapted to the different types of opponents you will encounter, because they too have different weapons, special defenses, and unique behaviors in their arsenal. During the fast, action-packed fights, players therefore should always keep a cool head and make use of all the possibilities the drone swarm has to offer if they want to turn the tide of each battle and claim their victory.

The strategy adventure is accompanied by a gripping sci-fi story

In the year 2118 the earth lies in ruins, after it was attacked and destroyed by a gigantic swarm of alien drones. The psionics among the few surviving humans found a way to control the drones and stop the attack. After the swarm was finally under human control, the interstellar spaceship Argo could be built and sent out with the mission to find a New Earth for mankind.

The universe and story of Drone Swarm is a result of a collaboration between studio 451 Media from New York and the game’s developer, stillalive studios. 451 Media, co-founded by star director Michael Bay, will publish Drone Swarm comics that tell the prequel to the space adventure.

Next to a unique space soundtrack, English and German voiceovers contribute to the very special atmosphere of Drone Swarm, that will take all players on a journey far beyond the stars. Subtitles are also available in a total of 13 languages.

Drone Swarm will be released digitally on Steam™ today. The Standard Edition will cost 19.99 Euro/24.99 USD/17.99 GBP and the Deluxe Edition 24.99 Euro/29.99 USD/22.49 GBP. The Deluxe Edition provides next to the base game additional digital content such as the first issue of the official comic by 451 Media, two additional weapon upgrades for your mothership and a soundtrack exclusively composed for Drone Swarm. Next to the main theme, this soundtrack includes 23 tracks that manage to perfectly capture the atmosphere of the exceptional space adventure that is Drone Swarm.

To celebrate astragon’s website revamp there will be a special offer for all Drone Swarm fans: Until October 28, 2020 the Deluxe Edition can be ordered at the discounted price of 19.99 Euro/24.99 USD/17.99 GBP on astragon.com