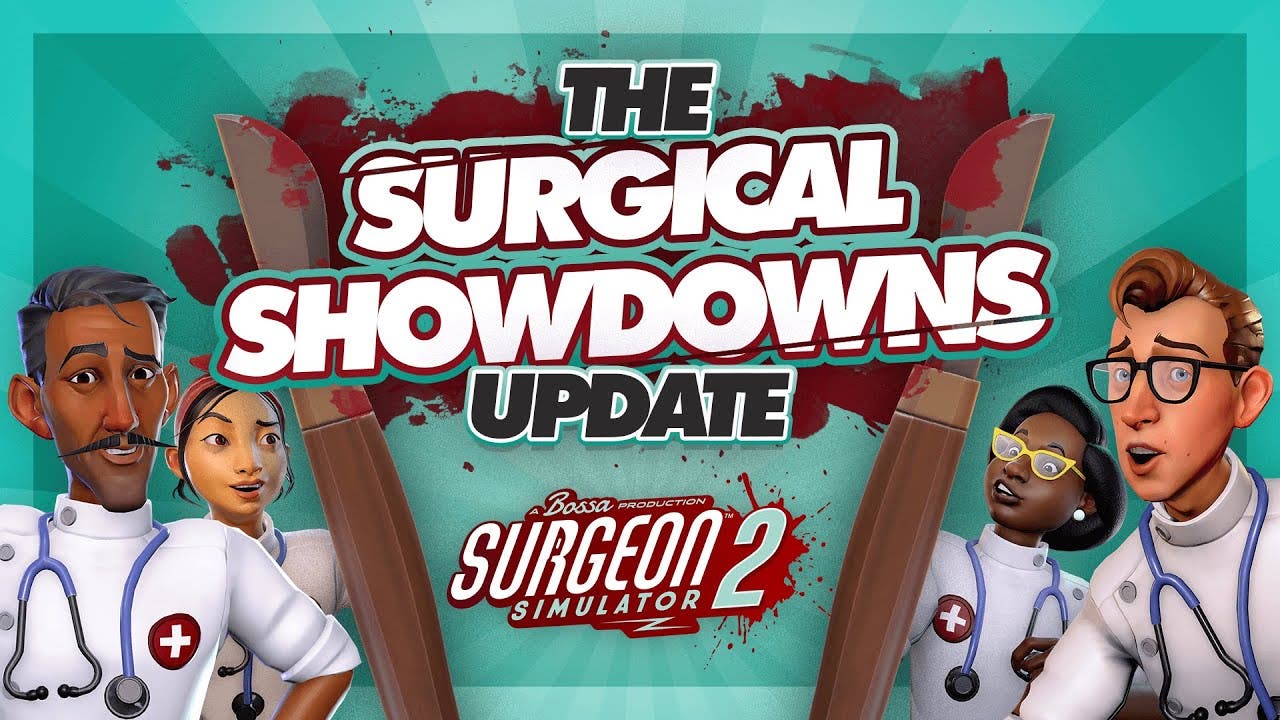 LONDON, UK (October 22, 2020) — The most advanced multiplayer surgery game ever made has just received a new competitive update. The Surgical Showdowns release introduces a set of six frantic, team-based levels to Surgeon Simulator 2. Designed by some of the wildest creative minds at Bossa, this update adds an all-new competitive twist to the operation sim, matching surgeon against surgeon in a range of environments; some hospital-based, and some decidedly not. Whether it’s racing to dismember the most limbs in Arms Race, or sprinting to the finish line in the Bob-stacle Course, these levels will bring adrenaline-fuelled fun (not to mention ruthless medical conflict) to Surgeon Simulator 2.

“Surgeon Simulator 2 has created competition among players and real surgeons alike,” said Henrique Olifiers, Bossa Studios’ Gamer-in-Chief and CEO. “We saw a prime example of this last week when over 20 medical professionals at Grimsby Hospital undertook a heart transplant speedrun within Surgeon Simulator 2. We’ve created this content update so players everywhere, be they real doctors or not, can enjoy the thrill of competitive surgery without risking any lawsuits. Good luck to everyone who dives in, and may the best surgeon win!”

Surgeon Simulator 2 is a physics-based medical simulation where every object, every organ, and every limb are up for grabs or dropping (it depends on your skill level). Featuring all-new operations, a thrilling story mode, 4-player online co-op, and the bone-afide Creation Mode get ready to explore an entire medical facility of wonder in this fully fleshed-out sequel! Surgeon Simulator 2 is out now on the Epic Game Store and available for £19.99 / $24.99.