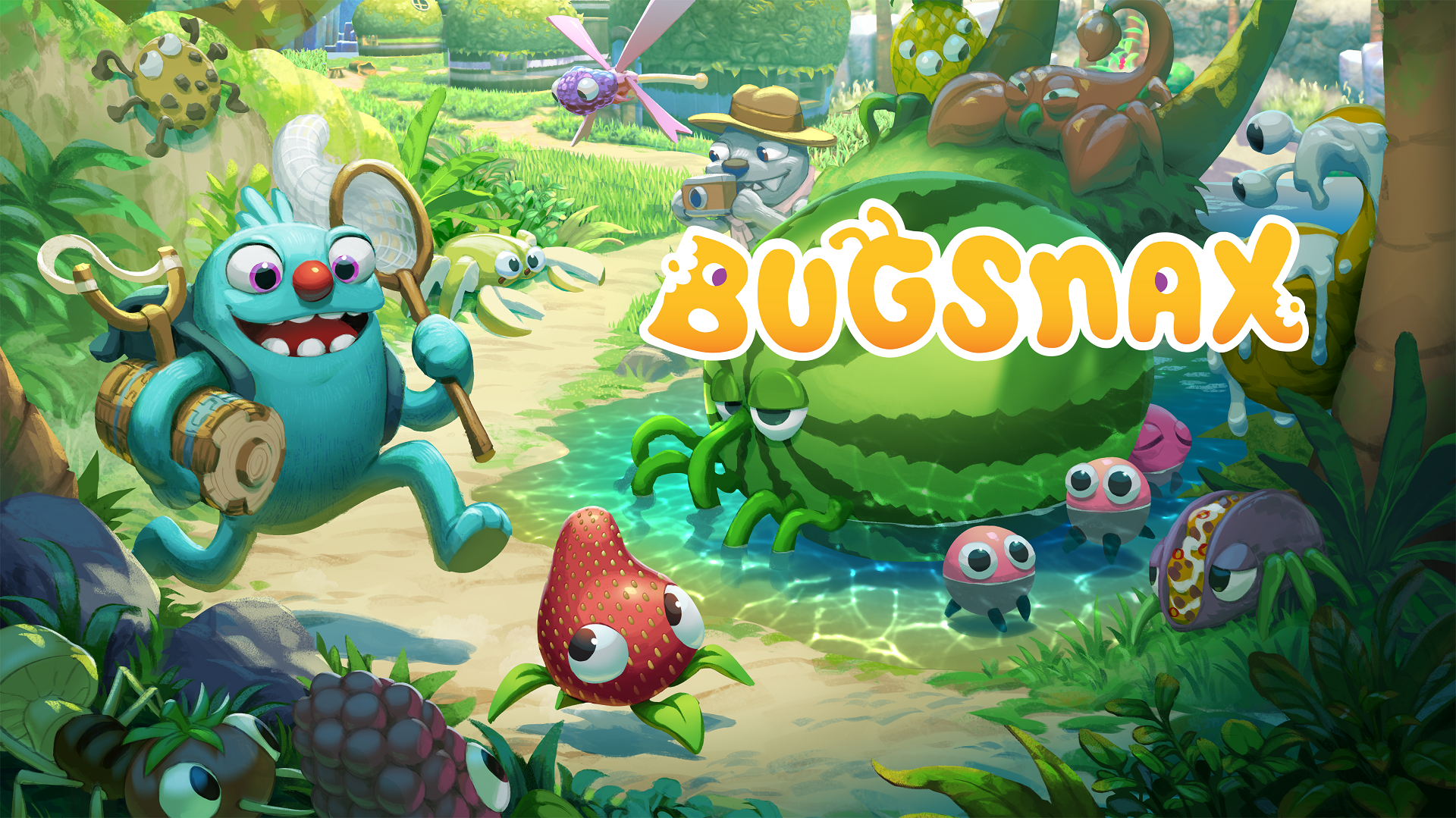 There are a number of ways by which you may find yourself itching to explore Snaktooth Island. Maybe one of the game’s whimsical trailers caught your eye, or you could have been lured by the incredibly catchy theme song by Kero Kero Bonito, or the adorable creature designs (I mean have you seen that Strabby!?), or perhaps it’s the gaping hole in your heart left by the absence of a new Viva Piñata, or maybe some combination of the aforementioned. Regardless, if you’re coming to Bugsnax, you already have some idea of what you’re in for: a cute-as-heck creature collector full of good vibes, vibrant colors, and little food-inspired critters that speak their own names incessantly in the most endearing ways possible. This is all true, but this knowledge will not prepare you for what awaits. 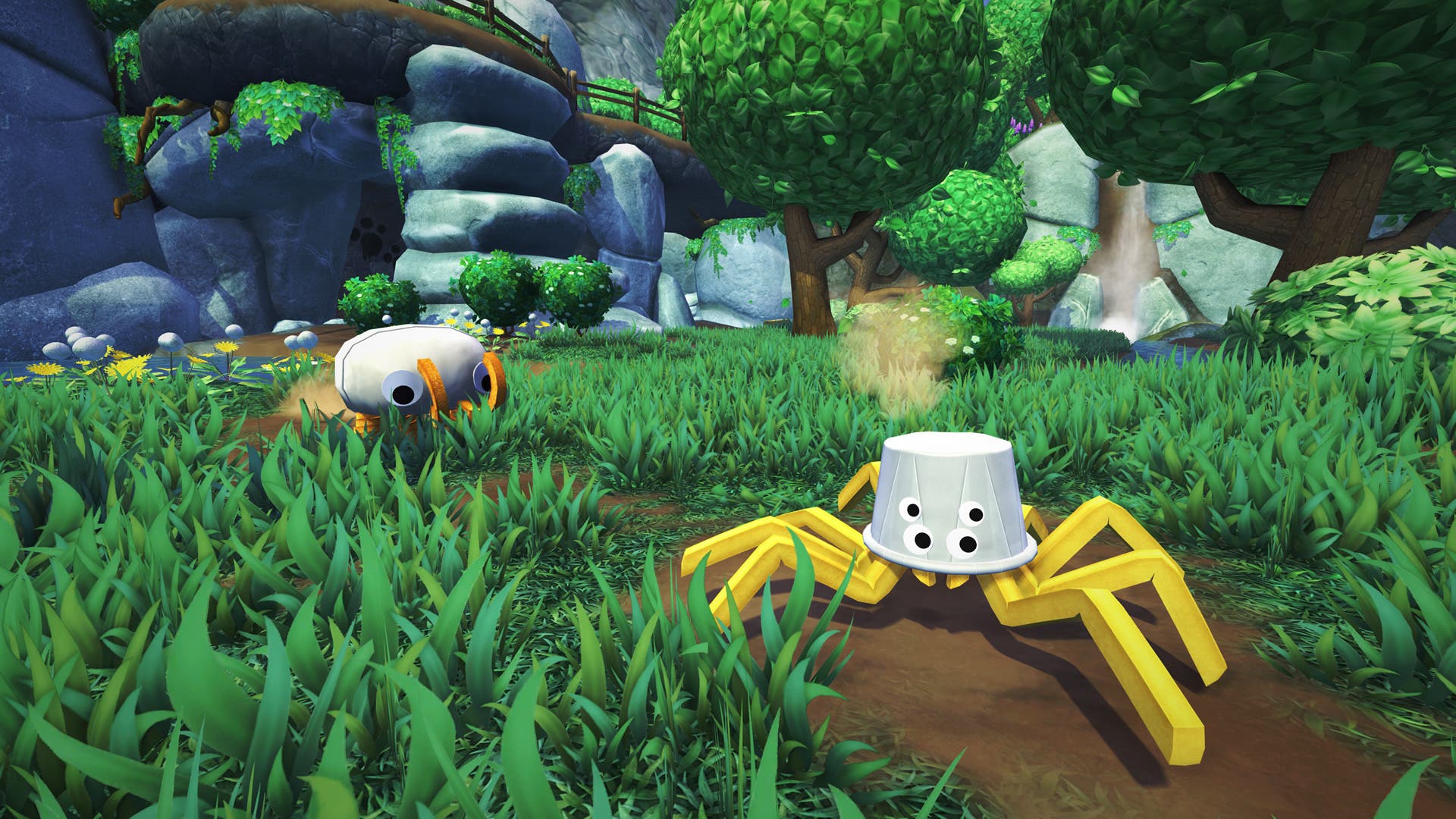 You’d be forgiven for thinking this was another creature collector with a big encyclopedia to fill out and a story loosely draped around the edges; that is how these things normally go, after all. While the eponymous bugsnax are absolutely a core focus in how you interact with Bugsnax, they are almost more facilitators of your experience. By collecting bugsnax, you’ll dive headfirst game’s story, meet its eccentric and animated cast of puppet-like Grumpuses, and use them as a means to reunite Snaktooth Island’s citizens, bring them back to Snaxburg, and hopefully determine the whereabouts of the esteemed explorer Elizabert Megafig who has conveniently gone missing shortly before your arrival. So, yeah, there are adorable hybrid food and animal creatures cruising around for you to study and catch, they quickly become set dressing for the larger story playing out in front of you.

What a story it is, too. Snaktooth Island is home to some incredibly unlikely critters which are both adorable and delicious, and which Elizabert believes may constitute a totally new form of life unlike anything ever encountered. She probably isn’t wrong, either; when was the last time you ever saw a Bunger (a quadrupedal hamburger with curly fries for legs, in case you were wondering) jauntily roaming about and ramming ketchup-coated bushes to chase out terrified Shishkabugs? I’d wager the last time was never. There’s an entire ecosystem of bugsnax representing various types of food waiting to be discovered, each with their own whimsical quirks and desirable characteristics, and all of them are supposedly quite delicious. Never mind of course that eating a bugsnax has the rather unsettling effect of mutating some part of its consumer’s body into some piece of the food it was based on, which for some reason none of the Grumpuses on the island seem too concerned about, though I find it alarming every single time, even more so when the muta– eh, snakifications are intentional objectives of some of the characters. 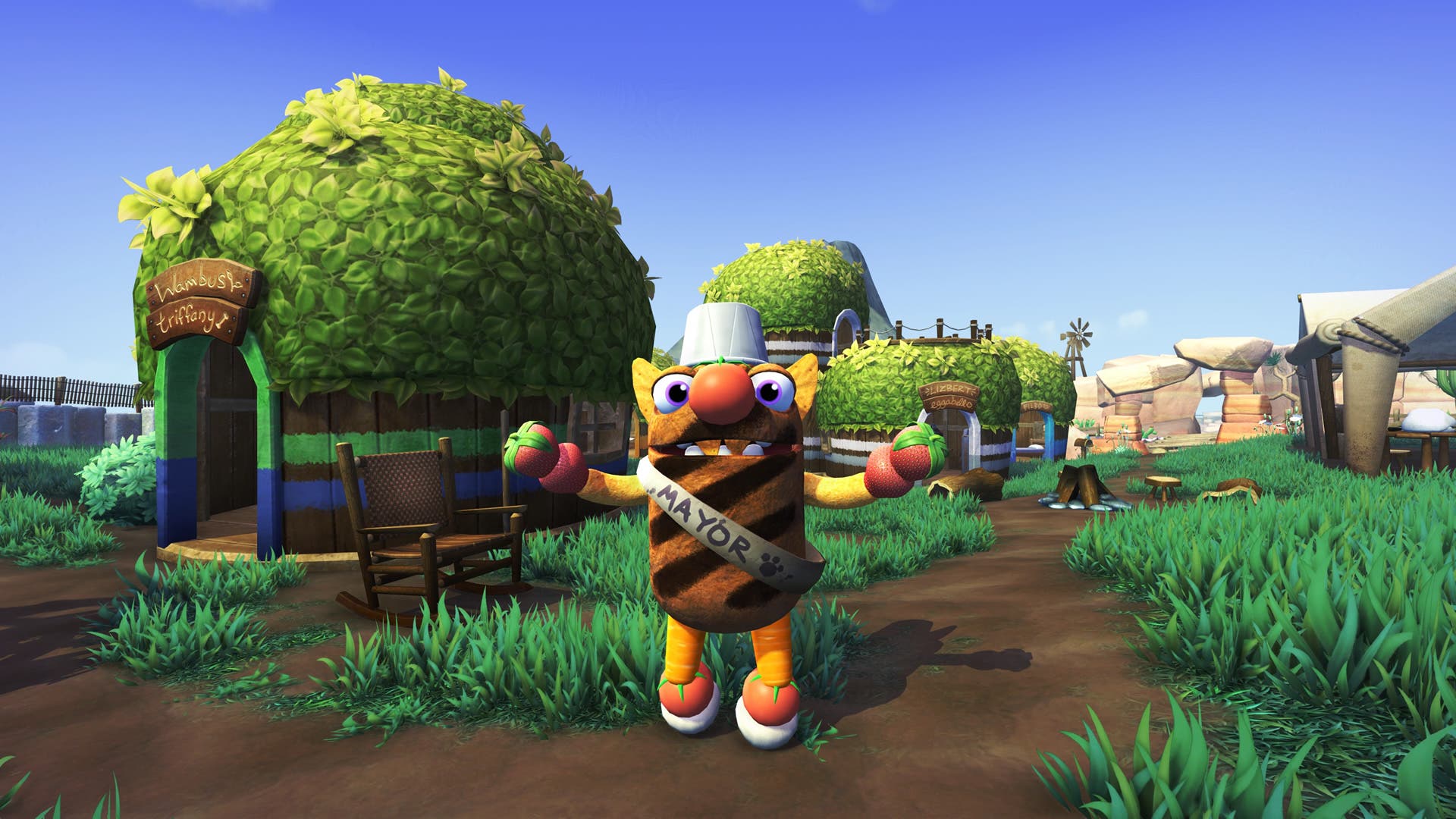 As an adult I’d almost expect that I might be too old for a game like this, but I have found the designs of the bugsnax themselves to be consistently fun and their audible chirps of their own names are strangely satisfying to me. The bumbling Bungers are one of the first critters you’ll meet, and still one of my favorites; Pineantulas sound much more menacing than they actually prove to be, which adds to the humor of how self-assured they are in announcing themselves, and Strabbies are just downright cute even if they are all over the place. Some are fairly easy to collect, others require a bit more finesse or use of a varied and ever expanding set of tools (or sometimes just coating them in chocolate sauce), but all of them are attainable and while filling out your list of bugsnax is a primary objective, really this aspect of the game serves to fill in the spaces between story advancements and conversations with the characters.

I don’t want to dig too far into what’s going on with Bugsnax‘s story beyond the initial hook of solving the mystery of what happened to Elizabert, because there are some fun and touching moments that are better experienced firsthand. What I will say is that the game does touch on some impressive and important aspects of community, friendship, and even mental health in ways that will surprise and delight you. Moreover, this all takes place against the backdrop of a beautifully rendered island that looks like a big budget children’s television show full of vibrant colors, lush environments, and exaggerated structures and objects truly worthy of the descriptor “cartoonish” in the most complimentary way possible. In many ways, Bugsnax feels like playing an animated feature, and while it certainly seems to cater to a younger audience, anybody with a love of whimsy will feel right at home with it. After the year we’ve all had, I’m more than happy to have Snaktooth Island to explore at the moment. 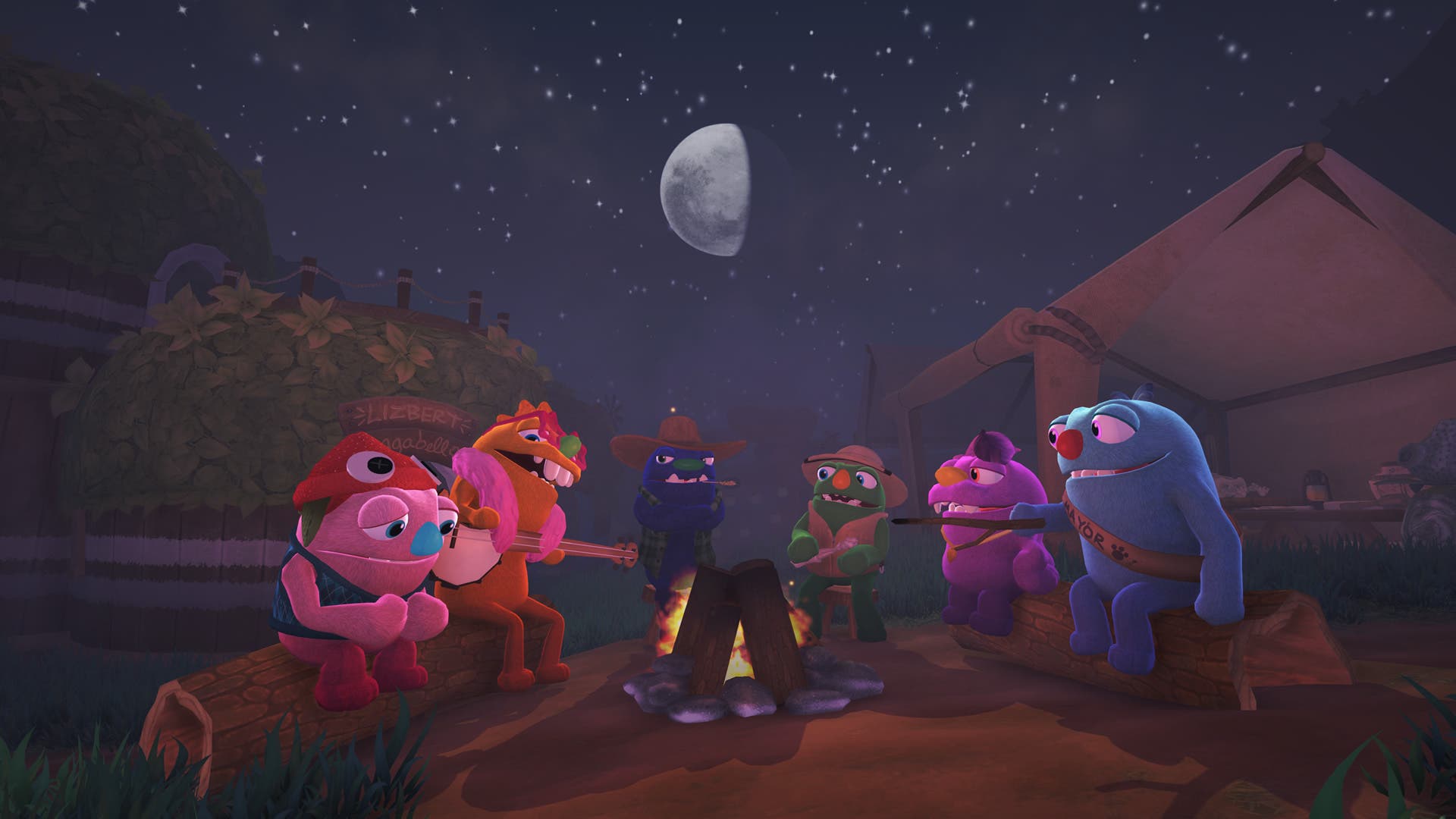 Bugsnax may not be the next big thing in creature collection, but it does a great job of bringing something new to the genre and demonstrates a lot of untapped potential therein. More importantly, it instills you with a sense of adventure in a strange new place to explore where any and all of your expectations are subject to defiance at a moment’s notice. The bugsnax themselves are consistently cute punctuation throughout your journey, but the journey of uncovering the mysteries of Snaktooth Island is far and away the real purpose of this game. Bugsnax will surprise you, it will delight you, and it will absolutely, positively burrow its way into your subconscious once you’ve dug in.