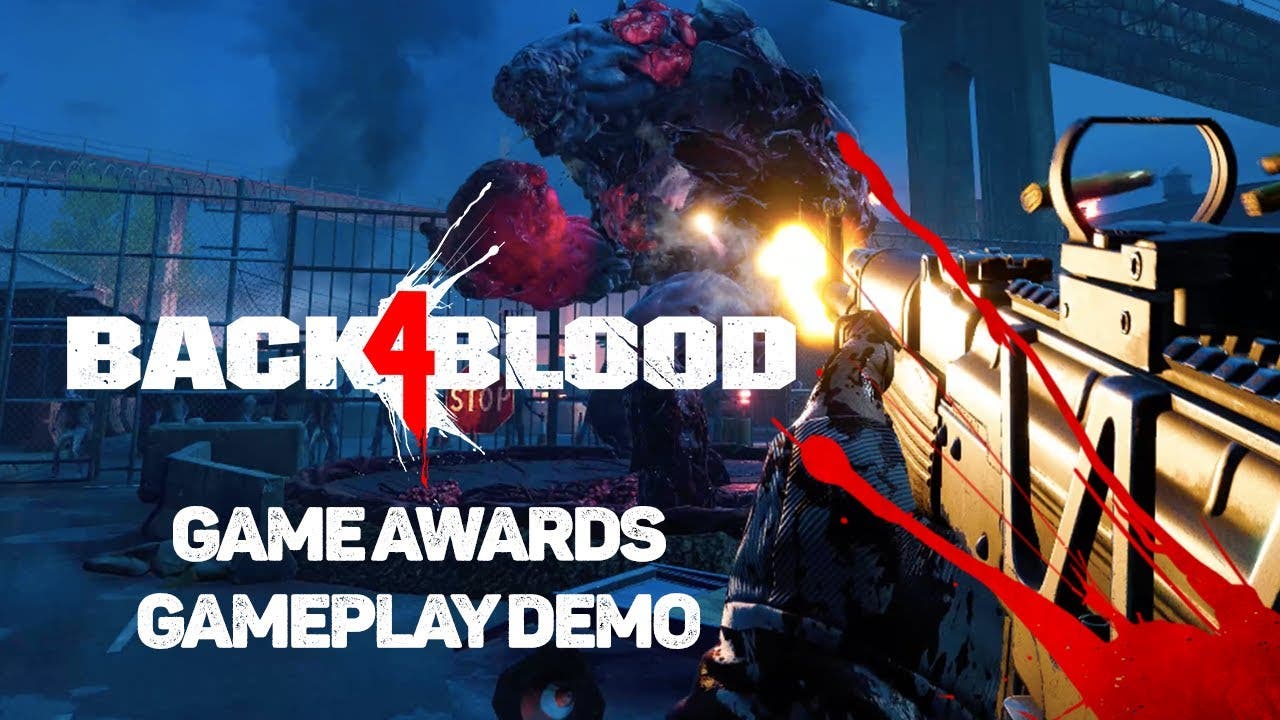 The Game Awards 2020: Back 4 Blood shown from Turtle Rock, the developers of Left 4 Dead series

Burbank, Calif. – Dec. 10, 2020 – Warner Bros. Games today revealed gameplay for Back 4 Blood, the upcoming first-person cooperative zombie shooter from Turtle Rock Studios, the critically acclaimed development team behind the ever-popular Left 4 Dead franchise. Fans can tune-in to the Back 4 Blood Gameplay Showcase on Dec. 17, 2020 to get an in-depth look at the game with discussions featuring Turtle Rock Studios team members and even more gameplay. The event will begin at 10 a.m. PST/6 p.m. BST and will be streamed on the Turtle Rock Studios Twitch, YouTube and Facebook.

Also announced was a closed PC alpha test, which will begin Dec. 17, 2020 immediately after the Back 4 Blood Gameplay Showcase and will run through Dec. 21, 2020. Players can register now at www.Back4Blood.com for their chance to participate and be one of the first to get their hands-on experience with the game. Back 4 Blood is scheduled for a worldwide release on June 22, 2021 for Xbox Series X|S, Xbox One, PlayStation®5, PlayStation®4 and PC.

“Turtle Rock Studios, the talented team that put the co-op zombie genre on the map, is the perfect partner for us with Back 4 Blood as we pursue this important genre of gaming,” said David Haddad, President, Warner Bros. Games. “This passionate development team is giving fans a new franchise that pushes this category of shooters forward with fun, frenetic combat.”

“Our fans have been waiting a long time for us to return to our roots and it’s amazing to finally show the world what we’ve been working on,” said Chris Ashton, Co-founder and Design Director, Turtle Rock Studios. “We are making this game with our community in mind and are firing on all cylinders to give players a compelling zombie experience that is unlike any other.”

Back 4 Blood can be played online with a squad of four players or solo with up to three AI teammates. The game will also support up to eight players in online PvP (person versus person) multiplayer. The story takes place after a catastrophic outbreak where most of humanity has either been killed or infected by the parasitic Devil Worm. Hardened by unspeakable events and emboldened to fight for the last of humanity, a group of apocalypse veterans called the Cleaners have rallied to take on the infected horrors known as the Ridden and reclaim the world.