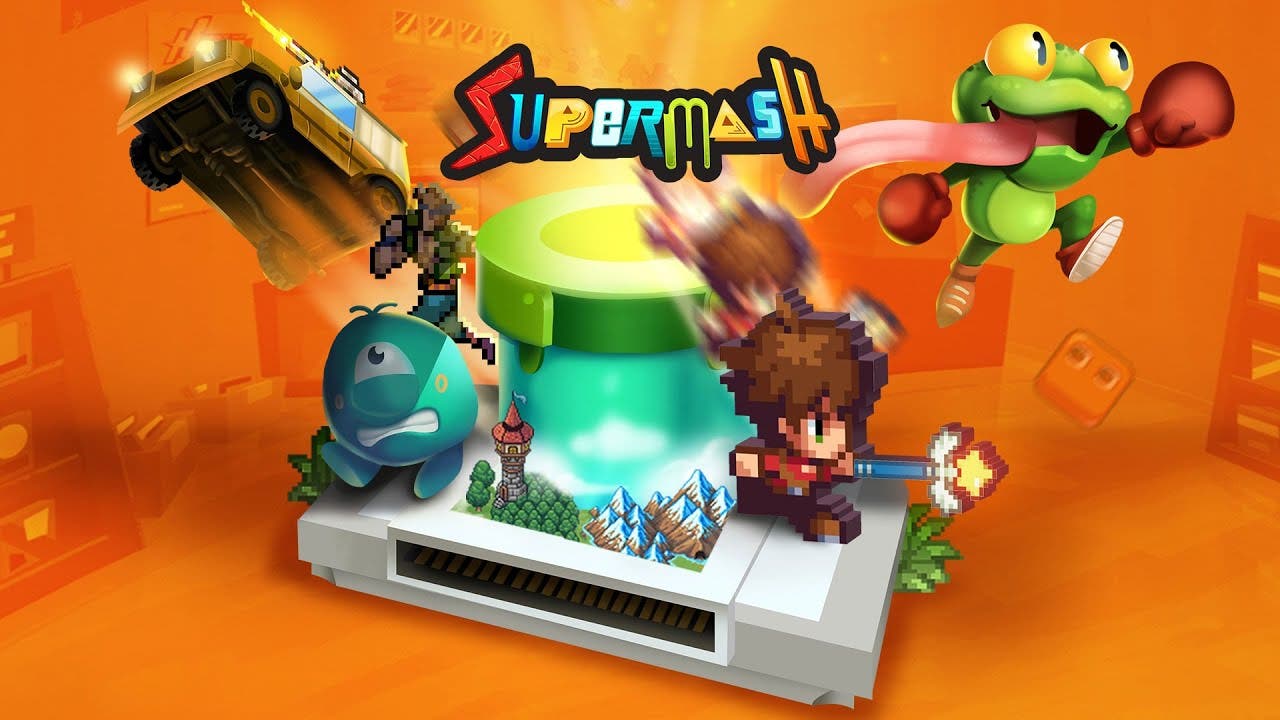 SuperMash makes its way to Steam on January 13th

New York, NY – Jan. 6, 2021 — Developer Digital Continue has announced that its hit game-making game SuperMash is coming to Steam on January 13, 2021. This title explores the storyline of a video game store clerk who comes across a magical console that can randomly generate two video game genres, known as “Mashes”, to create an endless number of unexpected genre hybrids.

In addition to blending genres, each new game creation comes with mechanics known as “glitches” that create unpredictable scenarios for players to hurdle. Players also control certain elements of what they play by applying Dev Cards, which represent various characters, enemies, environments, and more.

Along with the Steam launch, Supermash’s beloved soundtrack of 111 tracks will be available for purchase. Players that wish to own the game as well as the soundtrack can purchase SuperMash Deluxe Edition.

In SuperMash players can: