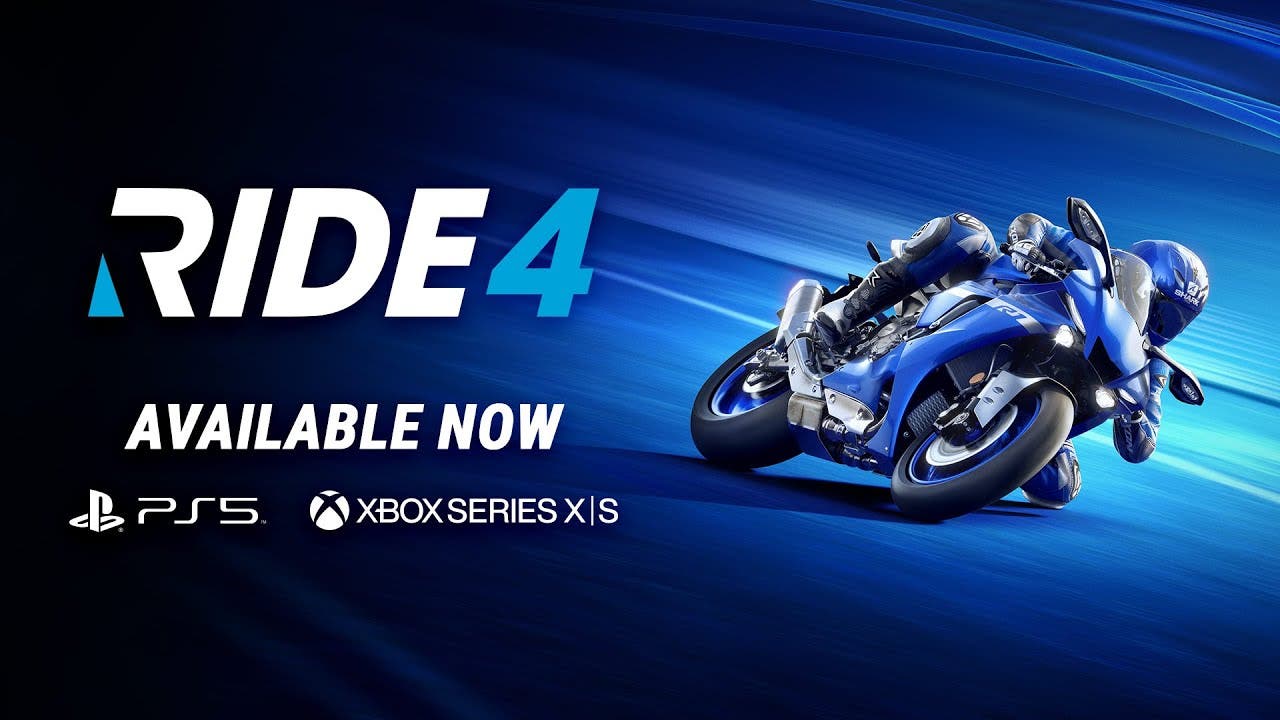 Larkspur, Calif. (Jan. 21, 2020) – Milestone announced today that RIDE 4, the latest chapter of its beloved franchise dedicated to all two-wheel lovers, is finally available on PlayStation 5 and Xbox Series X|S. Players who purchased the PlayStation®4 version of the game are now able to download the PS5™ version at no extra cost until April 30, 2021, including all DLCs already purchased. Xbox One players can automatically download the Xbox Series X|S version at no extra cost thanks to the Smart Delivery feature.

Thanks to the powerful next generation hardware, RIDE 4 is now capable of amazing performance, both for resolution and frames-per-second. Players now have the chance to ride 200 HP bikes through smoother gameplay running at 60 FPS and resolution up to 4K. The incredible quality of models and the density of details will now shine like never before. Additionally, players who really live for competition will experience online races with 20 riders competing for victory and glory.

On PS5, players will also have the opportunity to play RIDE 4 with the innovative PS5 DualSense™ controller. Its advanced haptic feedback will push the gameplay experience in a new immersive way, letting riders feel vibration, gas and brakes in the most realistic way possible. Moreover, the SSD guarantees improvements in terms of loading times, shorter waiting before races and also a much faster streaming of textures. This means an adrenaline-filled riding experience that players won’t forget.

RIDE 4 features a cutting-edge level of visual fidelity thanks to original CAD and 3D scans of real models, bringing to life the most iconic bikes of the world. A renewed career mode will bring players into fast paced challenges all over the world, culminating in the Ultimate Championship with the most powerful Sportbikes, enriched by the new Endurance Mode, the hardest challenge that riders can face. Dynamic Lighting, weather conditions and Pit Stops for tires and fuel management will enhance reality and simulation. A.N.N.A., an acronym for Artificial Neural Network Agent, a revolutionary Artificial Intelligence based on neural networks, has now been improved to push players through an incredible level of challenge. Last but not least, players who want to be unique and recognizable will have access to a deeper editor for bikes, suit and helmet.

RIDE 4 is now available on PlayStation 5 and Xbox Series X, featuring a free upgrade on PS5 until April 30, 2021, and Smart Delivery on Xbox systems.