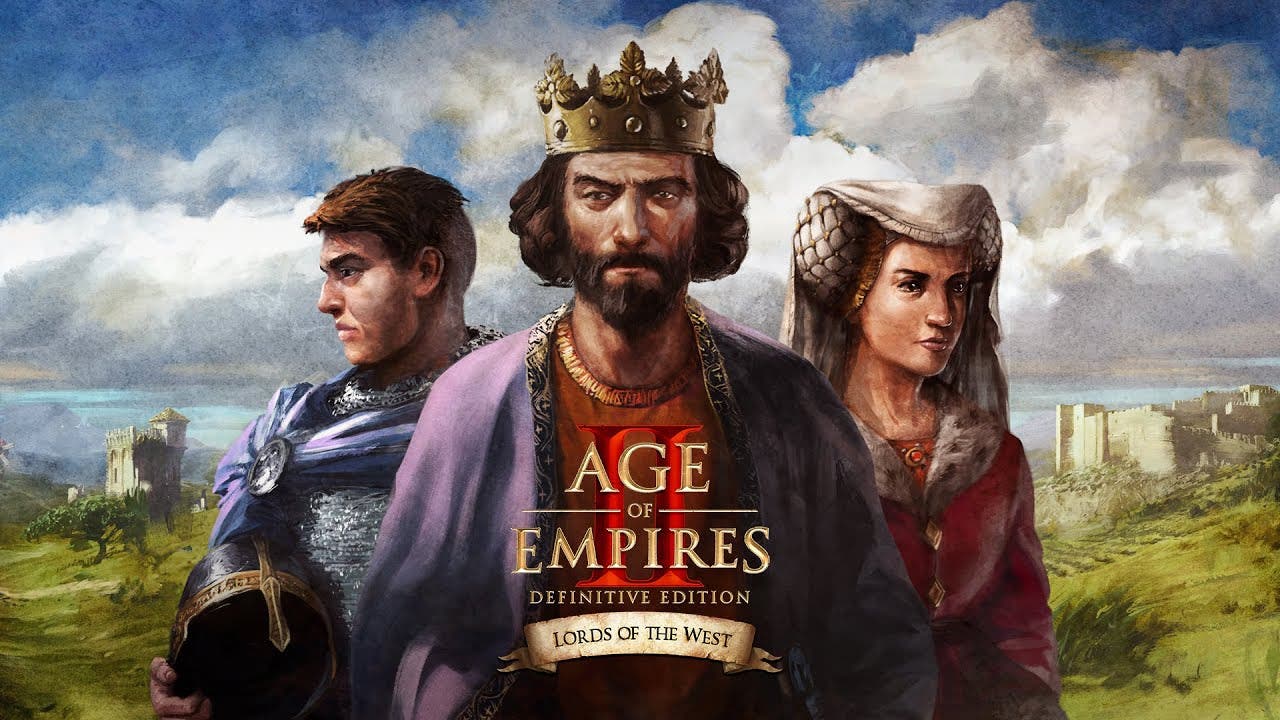 Age of Empires II: Definitive Edition expands with the “Lords of the West”, available now

A new year is upon us and what better way to celebrate than by challenging your friends in battle with two new civilizations and testing your mettle and strategy in three new fully-voiced campaigns! The Lords of the West expansion is available now for Age of Empires II: Definitive Edition on the Microsoft Store and Steam!

In addition to the 16 new achievements, here are some of the features you can look forward to in the Lords of the West expansion…

Sicilian Civilization
An infantry civilization specializing in city building and defensive capabilities to fuel their relentless drive for expansion. Build Donjons for additional fortifications around your towns, employ the First Crusade technology to spawn batches of the unique Serjeant unit in all Town Centers and utilize the Scutage technology to refill your and your team members’ battle coffers with 15 gold for each military unit you own.

Edward Longshanks Campaign
Edward I is widely considered as one of England’s greatest rulers, mentioned in the same breath as Alfred the Great and Elizabeth I.  Known as “Longshanks” for his height and intimidating stature, he was a man that commanded respect as he transformed England from a tattered state into a prominent European power.

The Grand Dukes of the West Campaign
The Burgundian dukes are driven by ambition and greed. They lead an extremely luxurious life and need to constantly expand their domains to pay for it. Image and publicity mean everything to them. Philip the Bold earned his nickname after the defeat at Poitiers and John the Fearless earned his after a defeat in the Crusades, so these dukes know the importance of propaganda.

The Hautevilles Campaign
Robert Guiscard arrived in Italy in 1047 CE with a robber-band of 35 men. Within a century, his Hauteville family included dukes in Italy, princes in the Middle East, and even the King of Sicily. Join this intrepid family of Norman adventurers and complete their unlikely and compelling story.

Burgundians
Rise from a mere duchy to the marvel of Western Europe through economic might, cultural achievement, and the use of advanced military technology and tactics.

The dukes of Burgundy played a vital role in the politics of medieval Western Europe. They led the transformation from the medieval to the early modern world and ushered in a golden age for the region called the Northern Renaissance. At their height, these “Grand Dukes of the West” controlled large parts of modern-day France, Belgium, The Netherlands, and Luxembourg.  Carving a new polity out of French, English, and Holy Roman domains was a daunting task that came with a high price: decades of war and bloodshed. However, the Burgundians knew to use more than just warfare to get what they wanted. Their diplomatic and marriage policies proved to be even stronger than their swords.

Sicilians
Experience the diverse cultures and martial spirit of the Mediterranean’s crossroads as you build one of the most coveted kingdoms of medieval Europe. Robert Guiscard arrived in Italy in 1047 CE with a robber-band of 35 men. Within a century, his Hauteville family included dukes in Italy, princes in the Middle East, and even the King of Sicily. Join this intrepid family of Norman adventurers and complete their unlikely and compelling story, starting with Robert Guiscard’s arrival in Italy to his nephew Roger II’s consolidation of the Hauteville lands into the Kingdom of Sicily.

The Italo-Normans, as the conquerors and rulers in Norman Italy and Sicily are now known, were successful on the battlefield because of their fierce disposition, vigorous military tradition, keen affinity for tactics and the use of cunning, and sheer torrid speed. In these, they most closely resembled their Viking and Frankish forebears, but as they settled in Italy and Sicily they embraced local cultural customs and norms of governance.

Lords of the West is available now on the Microsoft Store and Steam, and Xbox Game Pass members can use their member discount to save 10%.