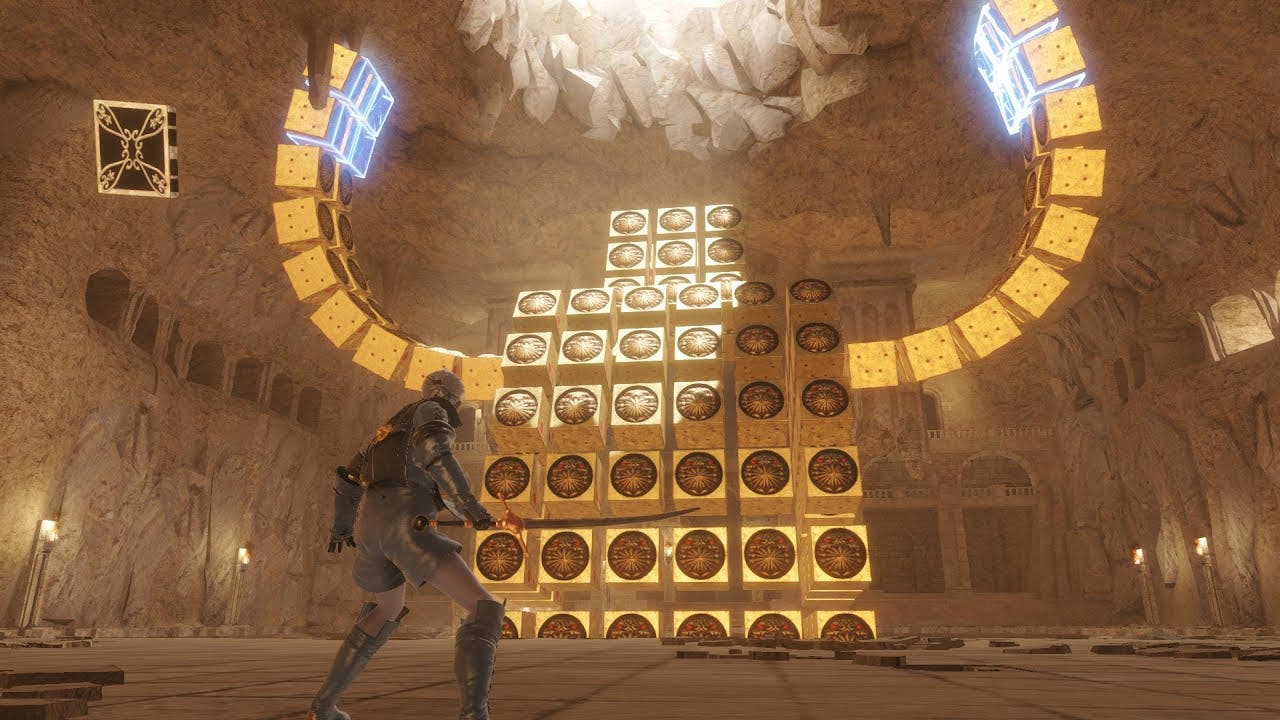 LOS ANGELES (Feb. 12, 2020) – SQUARE ENIX® today revealed new gameplay featuring upgraded visuals, combat, and re-arranged music tracks for NieR Replicant™ ver.1.22474487139…, the modern re-telling of NieR Replicant rebuilt for the PlayStation®4 computer entertainment system and Xbox One family of devices including Xbox One X, and PC (Steam®). The video showcases the protagonist, in his youth, as he visits the desert kingdom of Façade with a team of unlikely companions—the fierce warrior Kainé and magical tome Grimoire Weiss. Following his visit, he investigates the Barren Temple, where his exploration culminates in a boss battle against a swarm of mysterious, sentient cubes.

SQUARE ENIX also released videos showcasing newly re-arranged tracks of fan-favorites from NieR Replicant. The videos include full versions of “Snow in Summer” and “Kainé,” as well as a sampling of 10 Weiss Edition Arrangement tracks featured in the special Soundtrack CD Set included in the limited White Snow Edition of the game.

NieR Replicant ver.1.22474487139… will launch for the PlayStation®4 computer entertainment system, Xbox One family of devices including Xbox One X and PC (Steam) on April 23, 2021. The game is rated M (Mature). Complete details on all editions of the game and pre-order bonuses are available at: http://www.niergame.com.