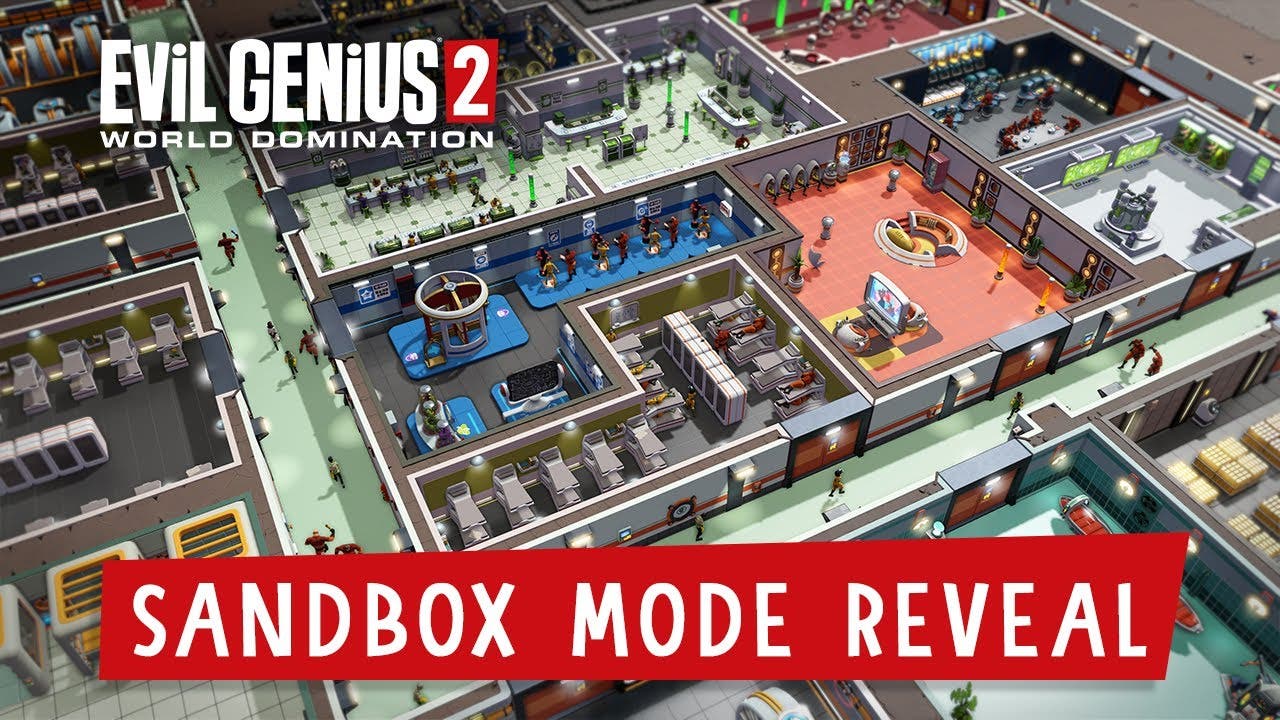 CLASSIFIED (February 16, 2021) – Intuitive improvisation is the secret of genius, and the best kind of genius is evil. That’s why we’re bringing Sandbox Mode to Evil Genius 2: World Domination – free and available at launch.

Build your lair without having to worry about campaign progression or unlocking things – or about how little sense your layout makes. Fill your floors with umpteen pinball bumper traps and watch enemy agents bounce around perpetually. Create the first open-plan supervillain HQ. Or make it impossible for minions to do their jobs by turning your corridors into a ridiculous maze; it’s up to you. If you want the freedom to create the villainous base of your dreams and someone else’s nightmares, Sandbox Mode is perfect for you.

To celebrate the reveal of Sandbox Mode, pre-purchases are live now for Evil Genius 2.

Announcing the Deluxe Edition and Season One

For the supervillain who must have everything, we’re offering the Evil Genius 2 Deluxe Edition. This includes the base game, Season Pass One, the Fountain of Youth and Trojan Horse items, and the Aurora Borealis in-game bonus item as well.

Season Pass One grants you access to all of the content from Evil Genius 2 Season One as it becomes available post-launch; this will include:

We’ll be revealing more details on Evil Genius 2 Season One, which includes both paid and free content, closer to launch.

Just like the Standard Edition, you can pre-purchase the Evil Genius 2 Deluxe Edition with a 10% discount that rises to 15% if you own Evil Genius on Steam.

The Max Statue, which showcases the iconic Evil Genius 2 mastermind sat on the throne of his inner sanctum, is the perfect addition to any would-be evil genius’s collection.

Then there’s the Evil Genius official magazine, which delves into the background behind the new chapter in the beloved series with developer interviews, genius profiles and a rundown of the new special features. It also features brand new comics featuring the game’s four Evil Geniuses, their extraordinary henchmen and their downtrodden minions.

The Evil Genius official magazine will also be available separately via newsagents and the Rebellion Store. For more information please visit EvilGeniusGame.com.

The Evil Genius 2 Collector’s Edition will be available March 30*, when Evil Genius 2: World Domination launches on Steam. It’s available to pre-order now via the Rebellion Store ALSO at up to 15% off – with all pre-orders coming with the Aurora Borealis, Fountain of Youth and Trojan Horse in-game items FREE.

Evil Genius 2 is Rebellion’s hotly anticipated spy-fi lair-builder. Build your secret base on an exotic island, recruit and train loyal minions and powerful henchmen, defend yourself from the Forces of Justice and dominate the world stage.