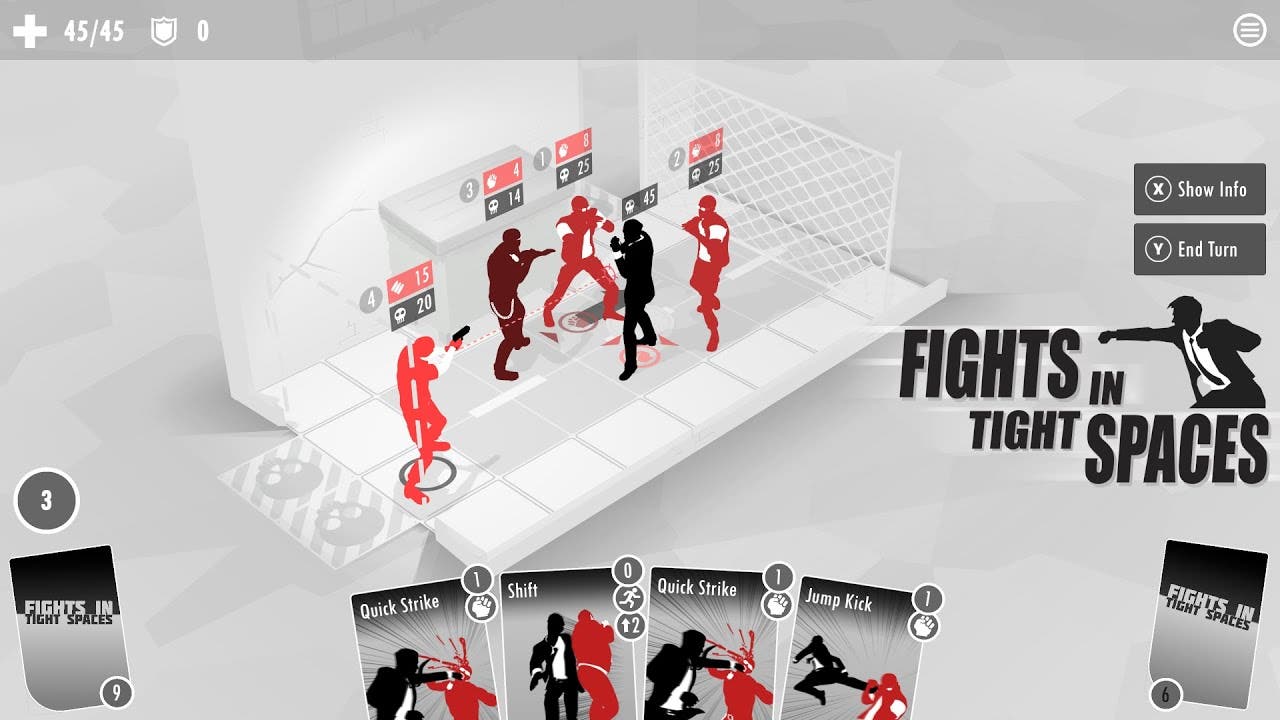 East Sussex, United Kingdom, February 17th 2021 – Mode 7 and Ground Shatter are thrilled to announce that Fights in Tight Spaces, their tactical fighting deckbuilder, will be released in Early Access on PC later this month. The game will launch February 24th, 2021 and will be available on Steam, the Epic Games Store and GOG.com.

On consoles, the game has been exclusively available in Xbox Game Preview since last November, and will be getting an early release on Xbox One, as well as an optimised version for Xbox Series X|S.

Fights in Tight Spaces blends deck-building, turn-based tactics, and thrilling animated fight sequences in classic action-movie settings. Learn to balance your hand, momentum, and positioning to overcome the odds to defeat your adversaries.