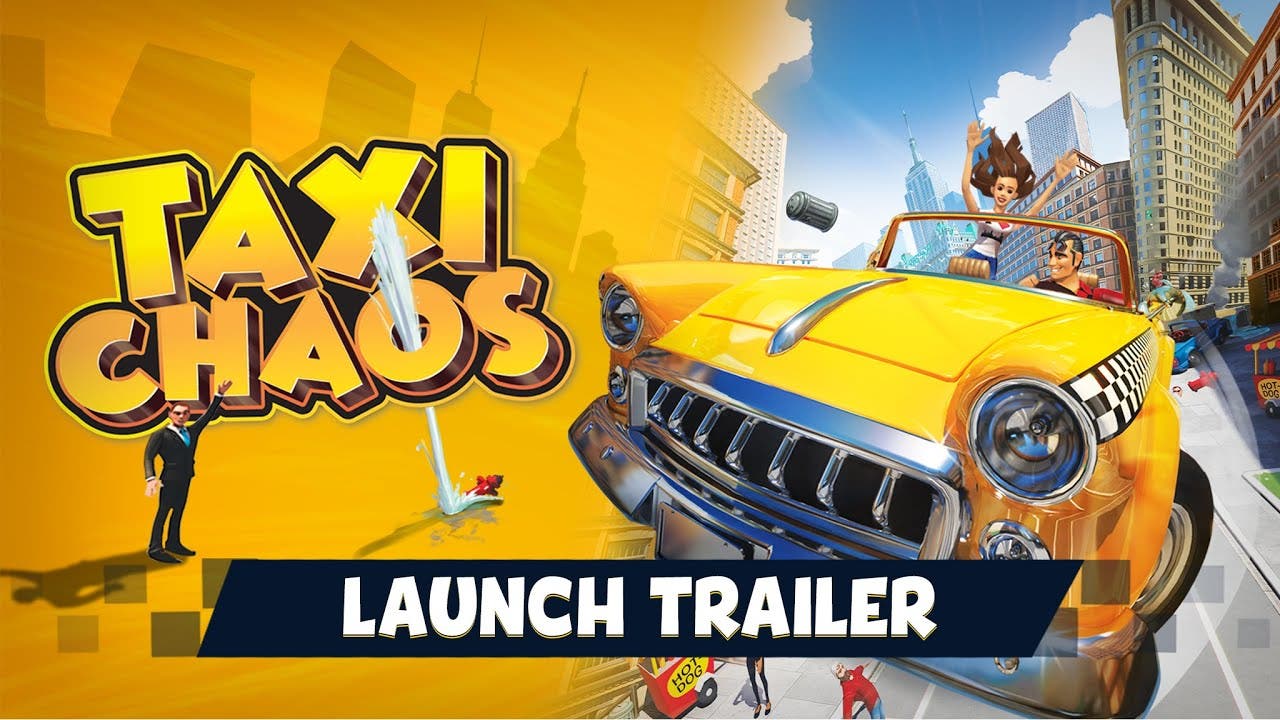 Beaverton, Ore. – February 23, 2021 – Taxi Chaos is available now for PlayStation®4, PlayStation®5, Xbox One®, and Nintendo Switch™. In this fresh and modern take on the classic taxi games, drivers can earn big fares by successfully picking up and dropping off customers at the destination of their choice. Rush around New Yellow City to pick up the craziest of customers and deliver them on time as fast as you can!

“It has been two decades since we saw a new game focused on the adventures and excitement of being a taxi driver. With Taxi Chaos, we set out to create a throw-back dedicated to the amazing and memorable classics”, said Jorden Stocx, Lead Game Designer of Taxi Chaos. “Of course, this is not a direct sequel to the classics, however, we hope that players will welcome Taxi Chaos as a fun and fresh take on this long-lost genre.”

Players can get behind the wheel of a wide range of unlockable rides, each with its own different attributes. Power through midtown in the strong muscle car, race through the West Side Highway in the superfast exotic supercar and drift around Wall Street in the Japanese tuner. Additional vehicles will become available as players progress through the game.

Would-be cabbies will be able to explore a colorful and vast city with many New York-inspired locations, discover shortcuts, drift through corners, take impossible jumps, and aggressively bash their way through traffic, all while getting paid to do it! Test your driving skills and improve them in three distinct game modes. Go for the classic experience in Arcade mode, cruise around at your own pace in Freeroam or step up for a real challenge in Pro Mode! Will you earn a fare so high the world has never seen before? Jump in and drive your way to the top of the leaderboards!

“The enthusiasm and replies all over the world have been overwhelming since the announcement of our title. This has motivated the team to improve the game even more, by adding new music, extra citizens, and tons of other updates in a patch”, said Ronnie Nelis, CEO of Lion Castle. The patch will be available as of day one for Xbox One and PlayStation 4. It will soon follow for Nintendo Switch in the next few weeks. The full list of updates will be enclosed soon.

Taxi Chaos is rated PEGI 3, ESRB: 10 and is available now in North America for PlayStation®4, PlayStation®5, Xbox One®, and Nintendo Switch™ in both digital and retail versions. In Europe, it is available as of today digitally, while the retail/boxed version will be released on April 22, 2021. The Asian version is planned for release in May 2021.

For more information, visit the official game website at http://taxi-chaos.com