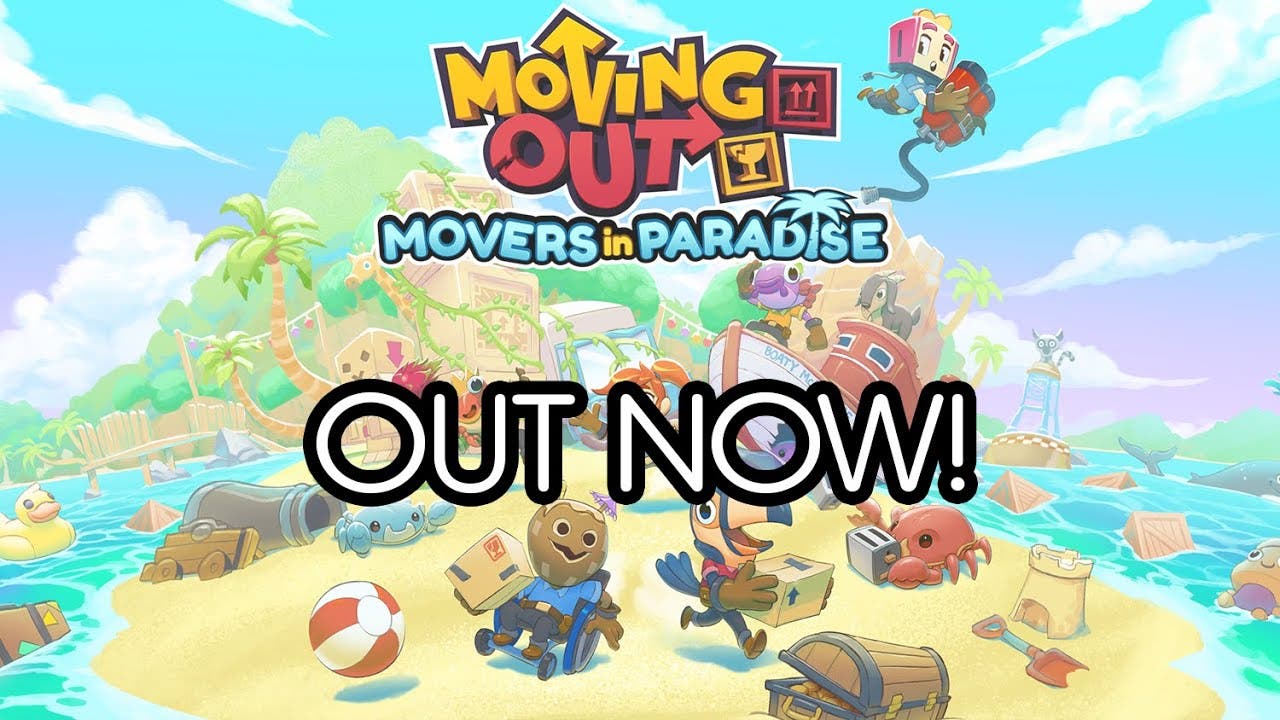 Thursday, 25th February 2021 – Team17, DevM Games, and SMG Studio have today released Movers in Paradise, downloadable content for the award-winning couch moving, couch co-op game, Moving Out. Available to purchase on PC and consoles for $7.49/ €7.49/ £5.99, Movers in Paradise is the first premium content released for the game, adding 14 new levels set in a tropical paradise alongside an additional 10 arcade levels, new gameplay mechanics, and four new zany characters to choose from, together with new trophies and achievements for completionists.

Set on Packmore Island, a short boat ride from the main game’s original location of Packmore, Movers In Paradise DLC welcomes players to island life in full force; from curious crustaceans and mischievous monkeys, to ensnaring foliage and rising tides, the Furniture Arrangement and Relocations Technicians (F.A.R.Ts) have their work cut out for them. With ancient ruins hiding priceless gems, shipwrecks teeming with treasure, and ziplines aplenty to speed up the moving process, Movers in Paradise offers up 14 new levels for players to complete, alongside 10 new arcade levels to truly test their moving prowess.

Featuring a host colourful characters, eccentric environments, and physics-based fun, Moving Out offers up local multiplayer mayhem for up to four players, challenging them to relocate items into the waiting moving van in the quickest time. Beach appropriate attire is important for the correct handling of removal goods, and the four new movers provide just that; Tooki the toucan, Coco the coconut, Clawdius the crab, and Gilly the fish join the original cast of F.A.R.Ts.

Alongside today’s launch is the wider release of the free Moving In update, which flips the game’s core premise on its head and tasks players with unpacking the removals van across a dozen of Moving Out’s original levels, positioning items in the correct locations as quickly as possible. The free update, which launched last month on Amazon Luna, also adds the option for players to customise their characters shirts, and debuts two new dance moves.