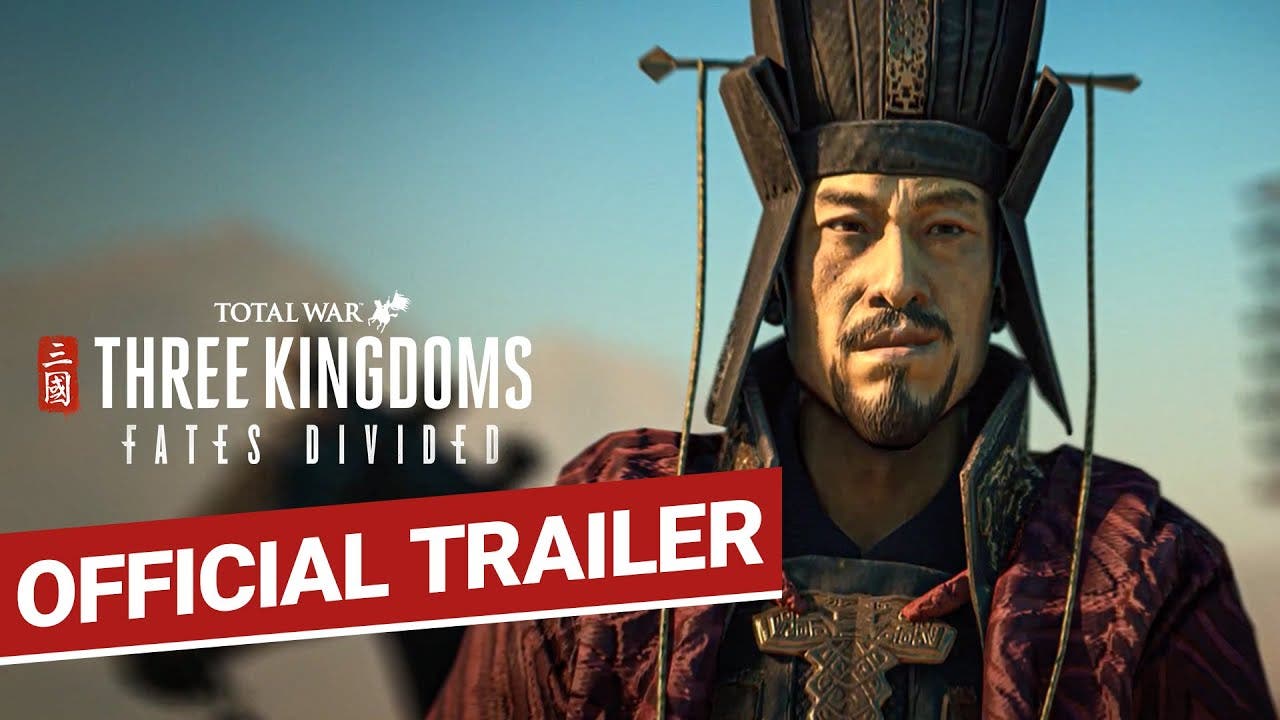 Out March 11th, Fates Divided is the next dynasty-defining Chapter Pack for Total War: THREE KINGDOMS. Set ten years after the turbulent events of the main campaign, players will bear witness to the bitter end of a once great friendship between two of the foremost warlords of the period as they fight to control the future of China.

Forge a new empire with an army headed by two of China’s mightiest warlords, the merciless Cao Cao and the powerful Yuan Shao, each with their own unique motivations and stories to tell from the 200 CE timeline. Following them into the battle is a multitude of era-defining warriors such as Ye Vanguard Spearmen, Xiongnu Noble Cavalry and Qingzhou Halberds, as well as the chance to control the elite Northern Army should you claim victory over your adversaries.

Players can also embark on a new cross-generational campaign as Liu Yan, a man of great ambition and strategy, as he attempts to establish a legacy for his family in the shadow of the Han Empire. Use his unique aspiration mechanic to set the stage for his son Liu Zhang’s eventual inheritance, and reap the rewards of your father’s hard work, or watch as his best laid plans crumble under your care.

The release of Fates Divided will usher in a sizeable free content update to all players of THREE KINGDOMS including faction reworks for Cao Cao and Yuan Shao, a new Imperial Intrigue mechanic, improvements to the Faction Council and much more.

More information on the Fates Divided Chapter Pack can be found on the official FAQ here.

Click here to pre-order Fates Divided and receive 10% off.