This is Rebellion at their best, a game that's like coming home even though you haven't been there for nearly 20 years. Sure, some things have changed, and you're not sure how navigate it, but you feel good being there. Rebellion kept what worked in the last game, added a bunch of new things, and it all feels like Evil Genius still. If you're new to the series, this is a great starting point for anyone. For returning players, this is a sequel in the truest sense, with more fun and replayability than before. Evil Genius 2: World Domination is easily my favorite game of the year, and it's never felt so good to be bad. 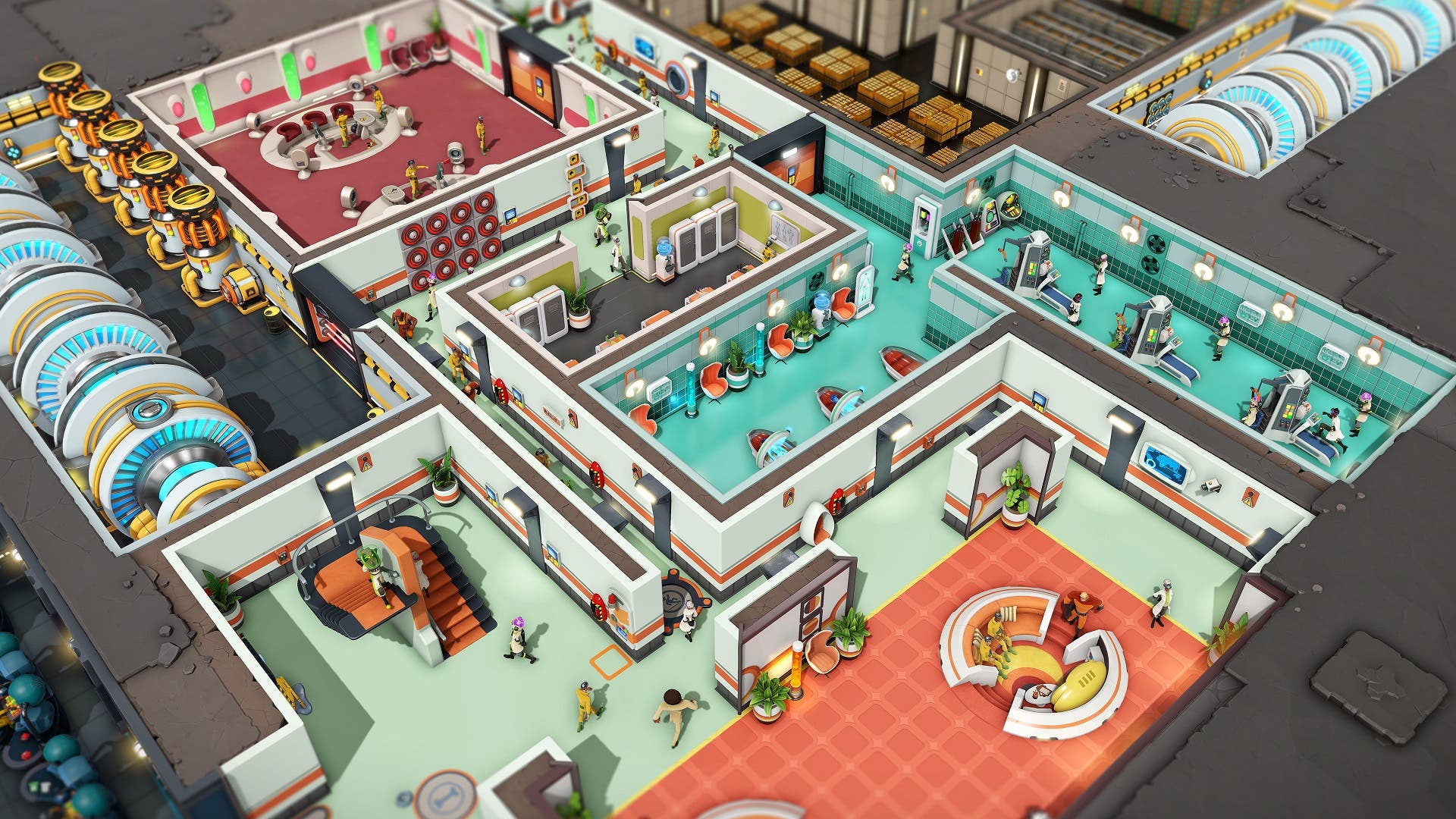 Evil Genius 2: World Domination is Dungeon Keeper but with 60s era mirth for this covert paradisal strategy game. While no time period is expressly defined, this is a game meant to spoof James Bond in the way Austin Powers, No One Lives Forever, and even Despicable Me has over the years, with that 1960s flavor that still works well. You’ll start by picking your evil genius, and then setting a difficulty, for which there are many. And if the individual difficulty settings aren’t enough, you can customize each aspect to your liking.

With four playable geniuses to play as this time around, there’s a unique campaign to experience with each. They can be played with or without the tutorial beforehand, but I recommend playing the tutorial at least once. It adds a few hours to the campaign, but nothing bothersome. I started my first game with Maximilian, a returning supervillain who’s visually a cross between Dr. Evil and Gru, whose love for gold knows no bounds. Next is Red Ivan, who was a henchman in the first game, who has now rose to power as a supervillain of his own, and likes to be in the thick of combat. Then you have Zalika with a strong science background, and Emma who offers a powerful social game. Everyone has two active abilities, and one passive ability that will be a gameplay buff. Each villain’s strengths are felt as you play through their respective campaigns. 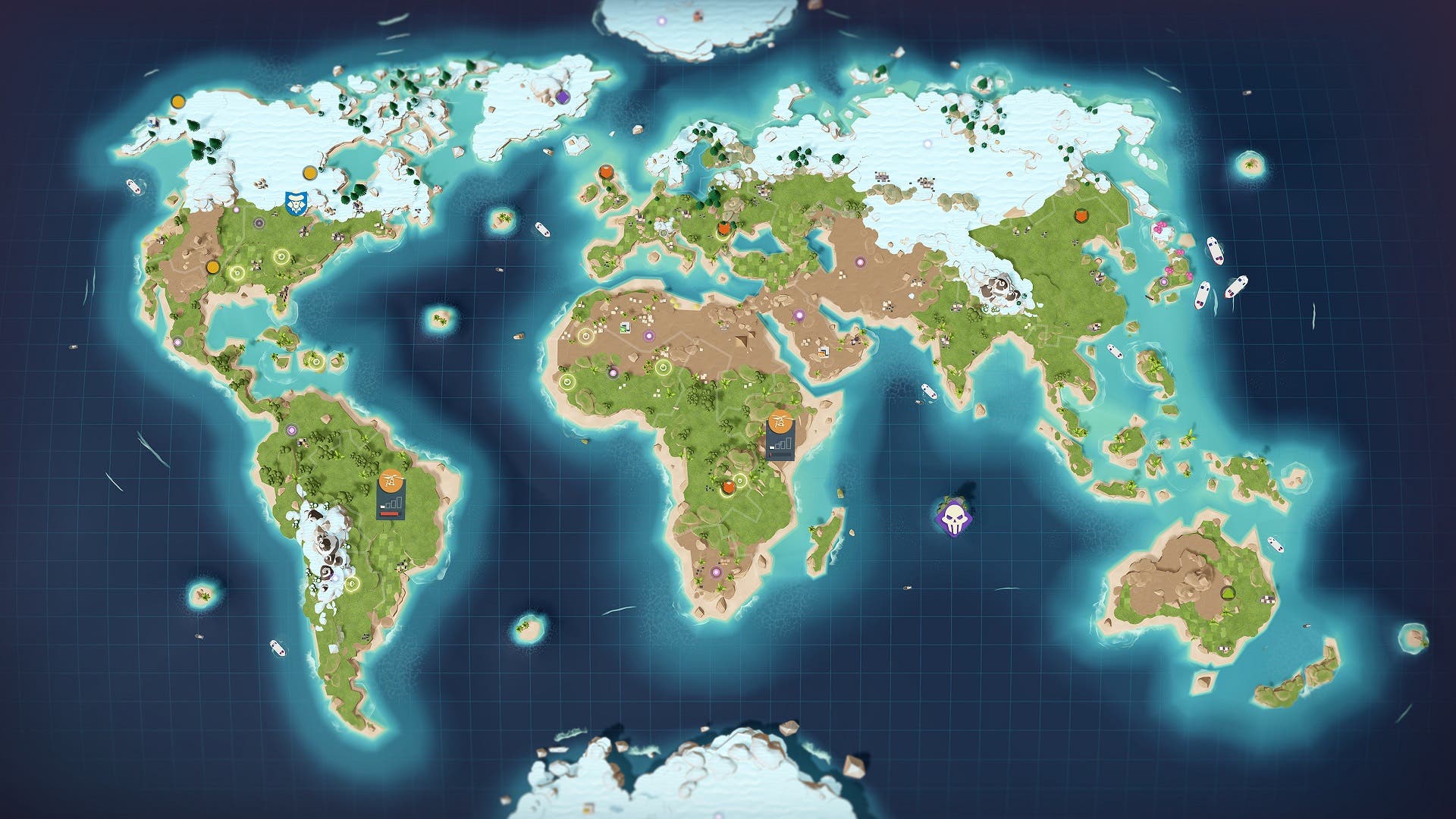 It’s not all fun and schemes, you are trying to take over the world through world domination by manufacturing and firing off your very own doomsday device that will make everyone submit to your will. To get there, you’ll have to amass a lair full of minions and gold to do so. To guide you, there will be main missions, side stories, and optional objectives. The main missions are the means to get to world domination. The side stories will offer opportunities to follow a thread to acquire unique henchmen, minions, and more to supplement your rise to power. And the optional objectives are things you’re likely to do anyway, but offer a chance to earn easy money along the way.

The foundation of your lair requires you to first setup a vault, barracks, mess hall, power, and incinerator. This will deplete most of your initial funds. To expand on your lair, will require more gold. To get more, make a control room with radio transmitters. From there you send minions to different countries to execute schemes to steal gold from other regions, or perform other tasks as a criminal network. If you are doing too much in any given region, the Forces of Justice (F.o.J.) will take notice, as each scheme radiates heat from the capers that get pulled. You can pay to lower the heat, or risk the region going into lockdown and locking you out of any chance of doing schemes there until time passes. And waiting is the hardest part, whether it be for a scheme, a research object, or even a room to be built, you have to be efficient with your time. If you’re doing something, then you’re not doing anything at all. It won’t be until subsequent playthroughs where you start to build more efficiently. 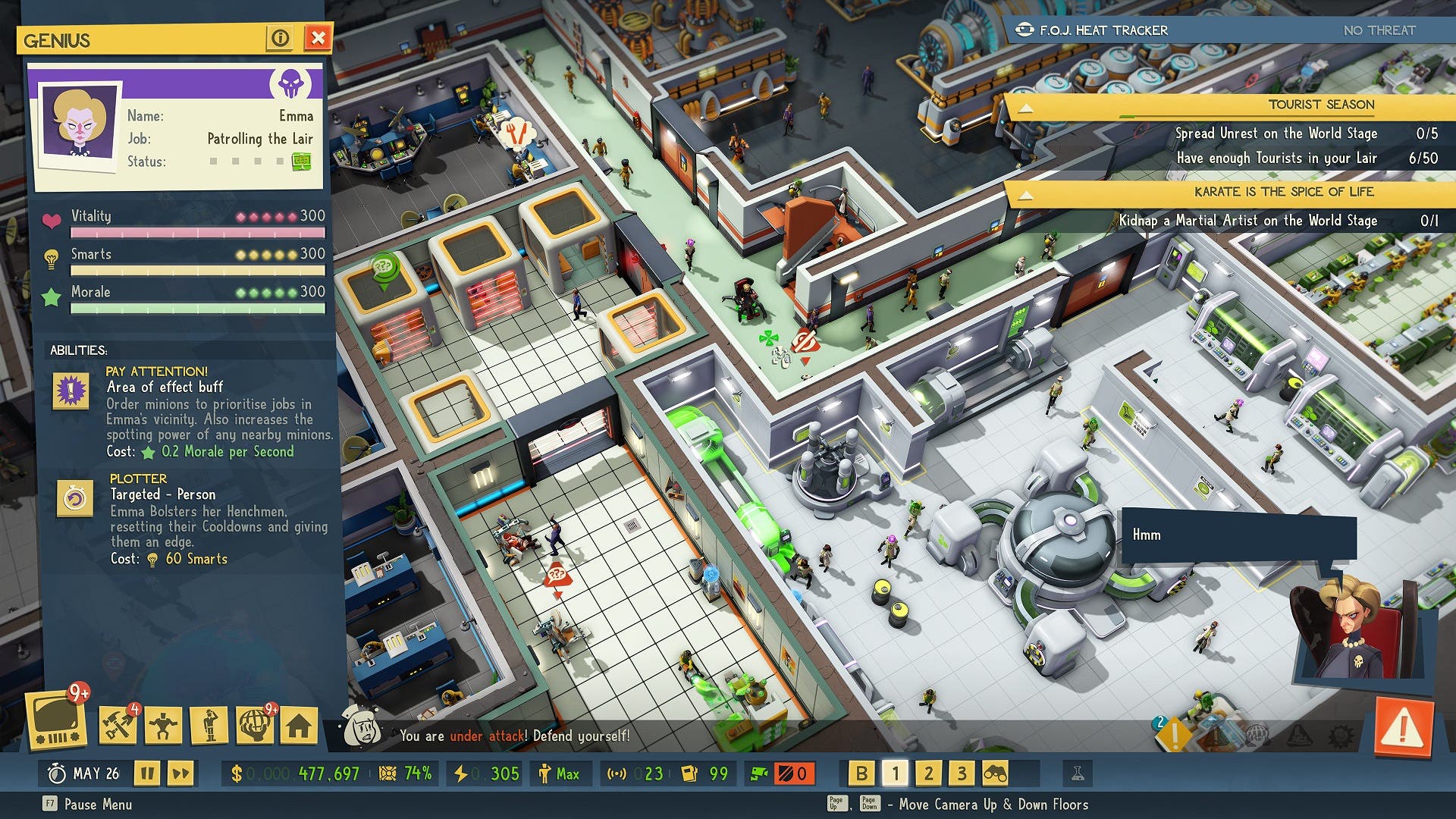 Building is not always for utility, but rather for the happiness of your minions. They want to be happy to work for you. Sure, you can use your abilities to influence them temporarily, but it’s better if you can let them rest, relax, educated, or be brainwashed into being happy. It doesn’t hurt to decorate them with vanity items, either. At some point you’ll run out of room, and there’s an upgrade path in your research development to have access to additional floors of the lair, for up to five levels. There’s not an easy or clean way to move rooms to another floor, this could be greatly improved. And maybe it’s the 3D depth, but sometimes placement is weird until you re-orient the camera. What gameplay issues Evil Genius 2 has, are really minor and bug-free in my experience.

The game’s offering of three lairs are identical, though are visually distinct, save for their level layouts. The first lair you can select has a gold mine in the basement that can be used to accrue some quick money. As you build out your lair, you’ll want defenses through standard security, and setting traps. Traps range from useful to hilarious, where you’ve got a pool of sharks, slippery floors, and even boxing gloves. Traps are good and mostly useful, but have to be placed well so that they are effective to the more cunning agents that manage to sneak in. Access to varied items are done through research, and have different tiers. You can research Global Operations, Lair improvements, new Minions, more Traps, and eventually World Domination. When you start accruing henchmen, then things start to balance out and in your favor, and you’ll feel more confident as you progress towards the endgame. 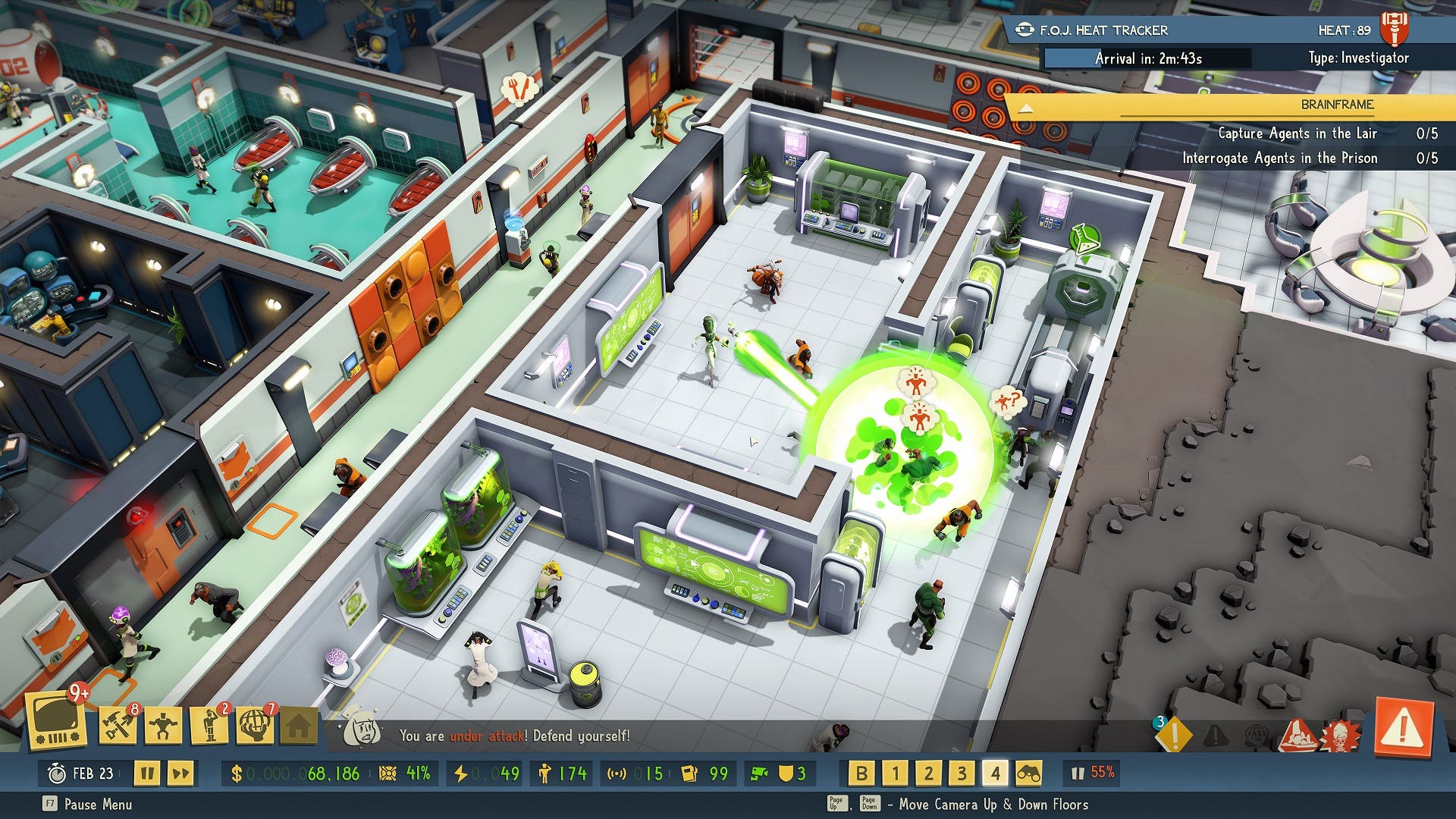 Your evil genius has some intimidation tactics at their disposal, the main one is to kill a minion in front of witnesses. This will instill your dominance. Should you be infiltrated, or someone detained escapes, you can trigger a red alert on your base. It forces all non-essential minions to lockdown, the klaxon blares as all the lights are replaced with red lights. You want to do this because the bad guys can kill your workers in the scuffle, and it can be unnecessary. I do miss the yellow alert from the original game, especially since you know when you have investigators and agents coming your way. If anyone dies, there’s an incinerator to unceremoniously dispose of bodies. It’s a grim, but clever way of keeping things clean. Speaking of, you never have to make room for restrooms as there’s a broken bathroom door you can build that leads nowhere, and I love how this game handles that.

What would be running an evil empire be if you didn’t funnel money into it from a cover operation? All evil geniuses and lairs all have a casino as a front. You use the casino as a means to earn some money, but you can set certain gambling tables to scam cash from tourists or disrupt agents from attempting their invasion. I wish there some options for what you could select for your cover operation. The casino is a perfect fit, but element of choice would have been nice in terms of money making opportunities, but this is arguably the least important part of why you’re playing this game. 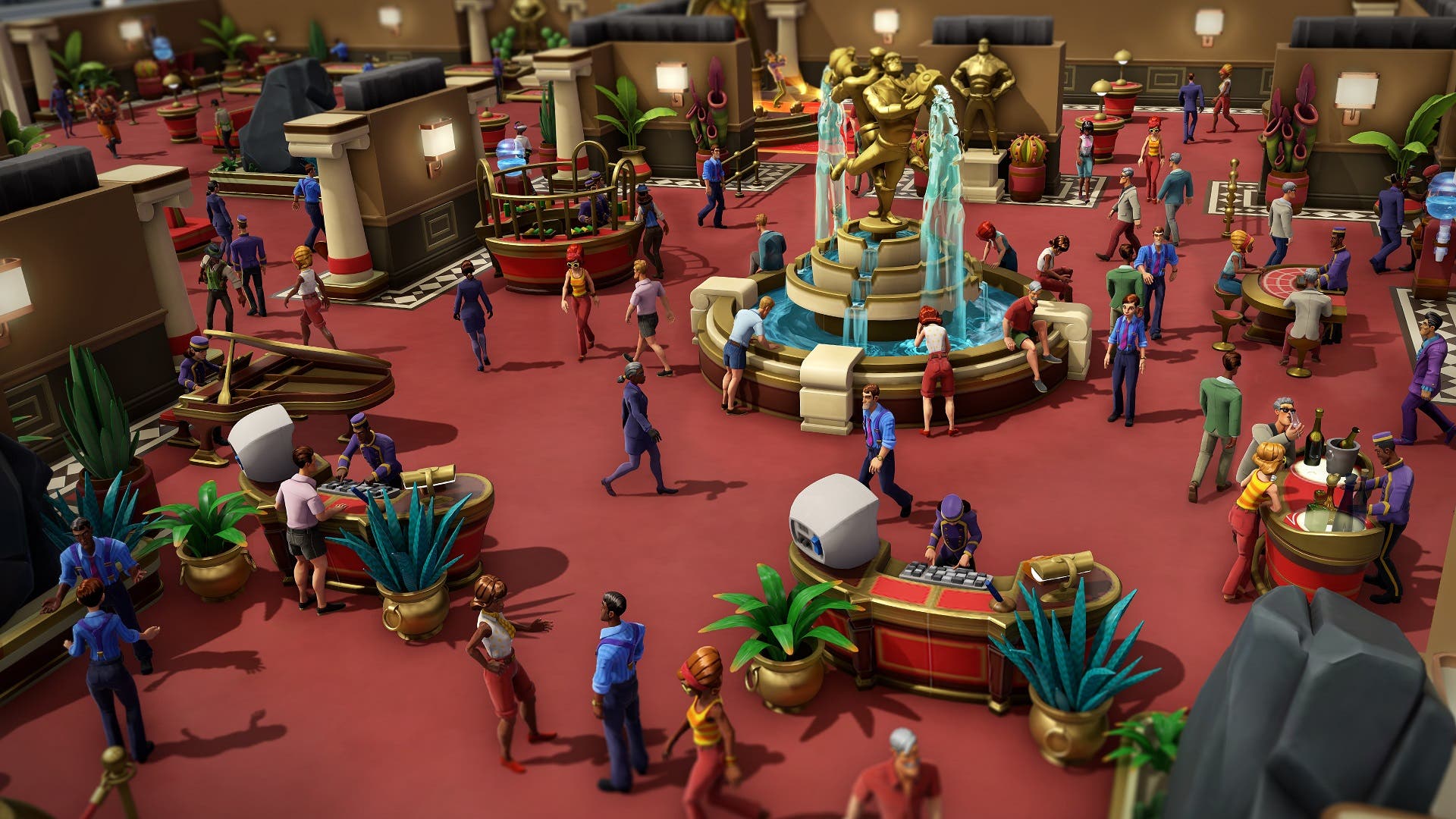 Everything from the art to the crispness of the visuals, allows Evil Genius 2 to shine. The little launcher that pops up before starting the game proper asks you to play with the Vulkan or DirectX 12 API. On the surface, these two are virtually identical, with both of these achieving 160-165fps on Ultra (max settings), even with a fully designed base. But during my time with the game, there was one difference: The Vulkan API was prone to freezing when the game is left idle/paused, where as DX12 is incredibly solid, and is my recommendation for playing the game until those bugs are squashed. It’s just a gorgeous and performant game, with nearly no performance issues to speak of – this is a feat.

This is also a game made for photo mode, which Evil Genius 2: World Domination has a fully realized one. Combine that with the sandbox mode, and not only can you make the lair of your dreams without restriction, but also capture it in its unrestricted beauty. There’s also nothing better than the soundtrack, which is spy jazz at its smoothest, and offers great ambience. 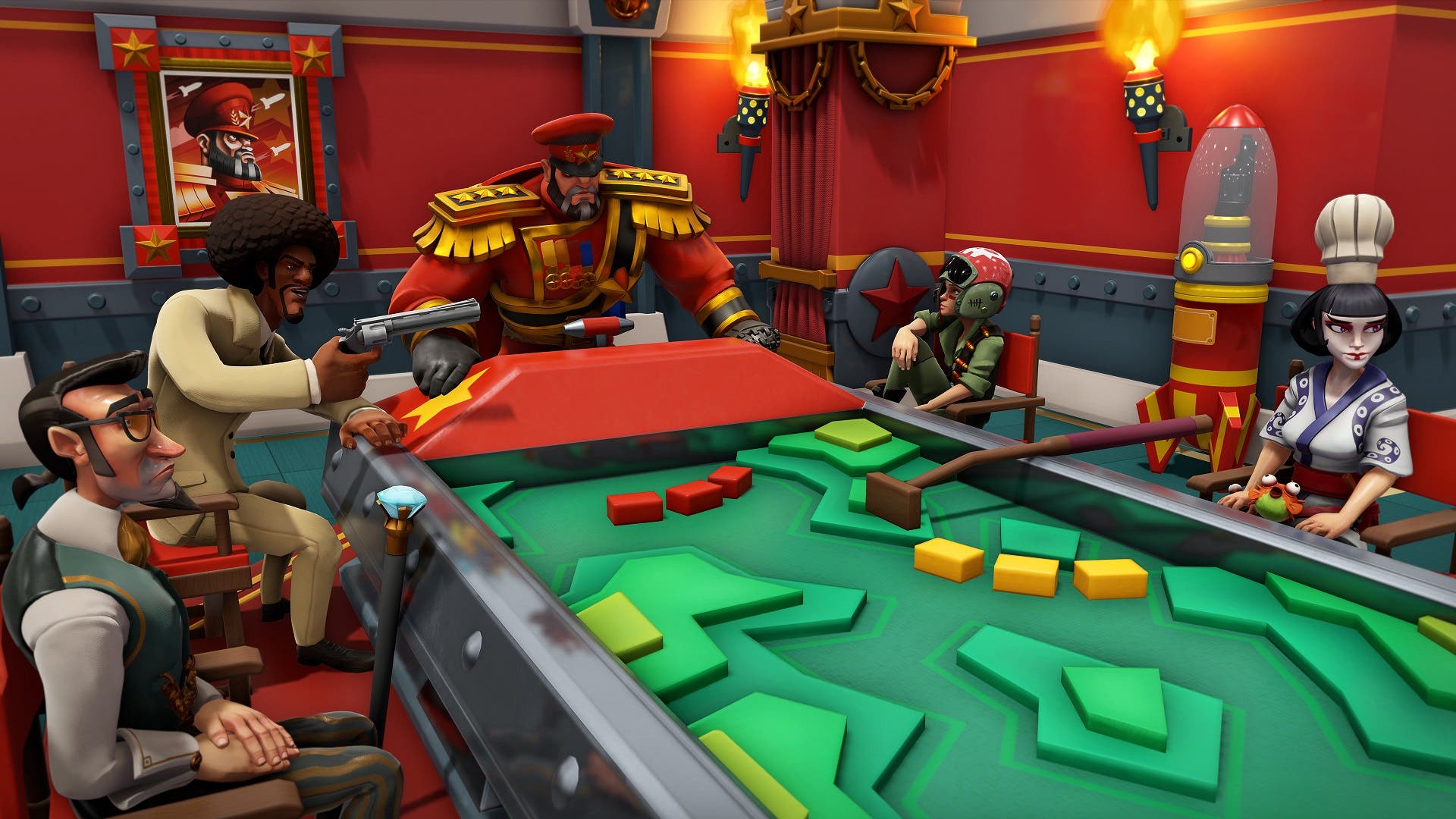 This is Rebellion at their best, a game that’s like coming home even though you haven’t been there for nearly 20 years. Sure, some things have changed, and you’re not sure how navigate it, but you feel good being there. Rebellion kept what worked in the last game, added a bunch of new things, and it all feels like Evil Genius still. If you’re new to the series, this is a great starting point for anyone. For returning players, this is a sequel in the truest sense, with more fun and replayability than before. Evil Genius 2: World Domination is easily my favorite game of the year, and it’s never felt so good to be bad.