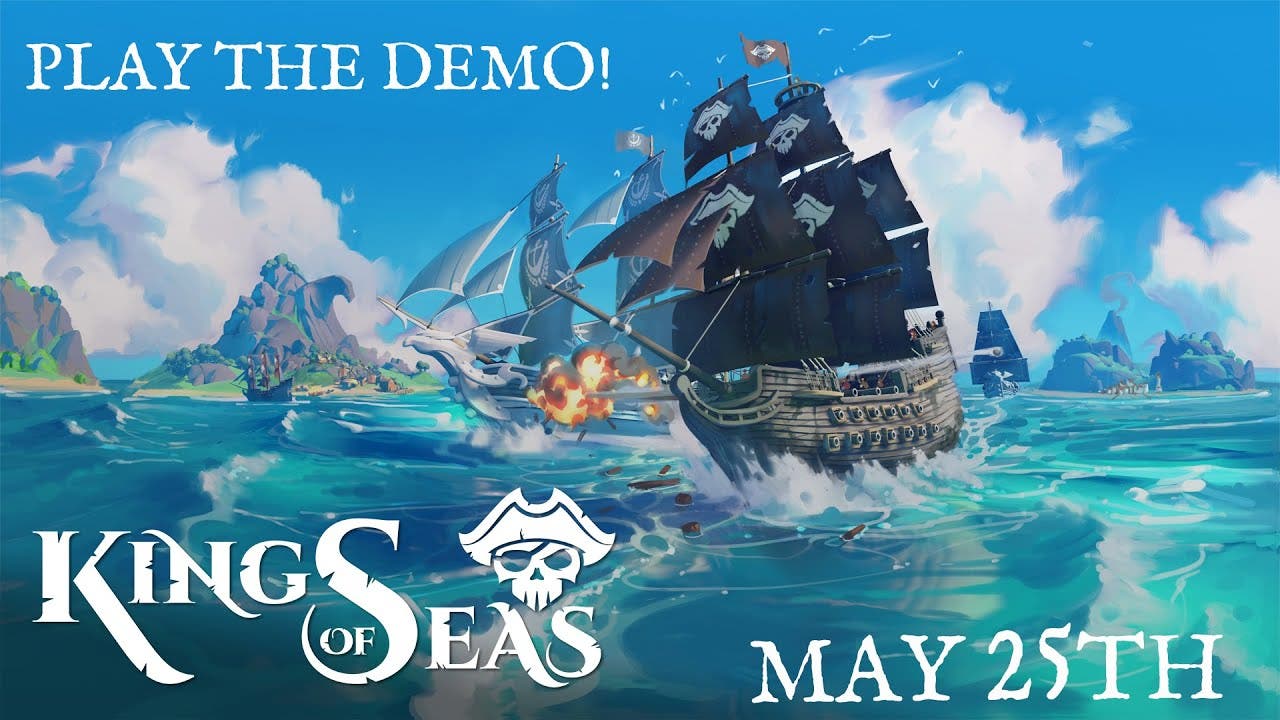 Milan, Italy – 14th April, 2021. Ahoy, me Hearties! Independent Italian developer 3DClouds and global independent games label, Team17, are thrilled to announce that the eagerly awaited pirate-themed action RPG, King of Seas, will be launching from a port near you on 25th May 2021! This action-packed seafaring adventure will be available for PlayStation 4, Xbox One, PC and Nintendo Switch™.

That’s not all! Fans will be able to take their own vessel out for a spin and go head-to-head with some of the fearsome pirates they’ll meet in the game as a brand new demo for King of Seas (PC) will be available today via the Steam page here

Budding pirates can now wishlist this swashbuckling adventure for PC via Steam with pre-orders for other platforms following soon.

About King of Seas

King of Seas is an action role-playing game set in a deadly procedurally generated pirate world. In a ferocious plot, you will fight to regain what has been taken away and embark on an epic adventure in a fantastic world, filled with battles, lost islands and treasures. A universe full of amazing characters and breathtaking missions will keep you anchored as you strive to become the king of all pirates.

King of Seas will be available on 25th May, 2021 for Windows PC via Steam, PlayStation 4, Xbox One and Nintendo Switch. Fans can wishlist the PC version on the official King of Seas Steam page here. For all the latest information please visit the official website here or follow on social media Facebook, Twitter, Instagram, Discord and YouTube.