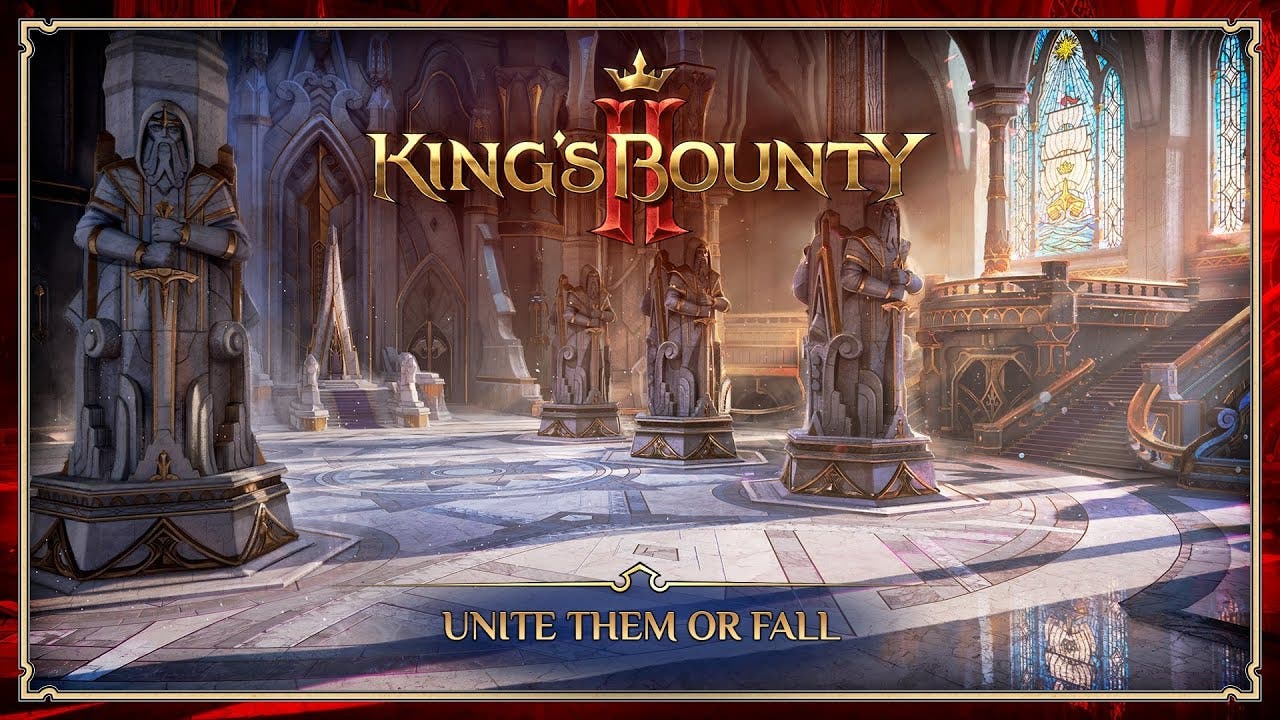 Larkspur, Calif. (April 16, 2021) — 1C Entertainment and Koch Media are pleased to reveal a new story trailer for King’s Bounty II. The “Unite Them or Fall” trailer focuses on the horrors that torment the magical world of Nostria and offers a deeper look into a twisted conspiracy plaguing the lands. As the  next official entry in the unique and critically acclaimed turn-based tactical RPG series, King’s Bounty II will launch on August 24th, 2021 on PlayStation 4, Xbox One, Nintendo Switch, and PC.

Darkness descends over the world of Nostria. Conspiracy, sabotage and necromancy are overshadowing the country. Counties are demanding independence, bandits prowl the roads and rumors about the overwhelming power of Blight emerge from a whisper in the dark. The old king Claudius was poisoned and cannot lead the kingdom and so his son, Prince Adrian, must now unite the struggling lands while his power and faith fall under attack. But maybe a savior – the kingdom’s last hope – is already here to fight back and finally restore peace and order in Nostria.

Four years in the making, the team of 150 developers is heading into the final stages of King’s Bounty II development. With 200+ unique characters, a dynamic soundtrack, a detailed narrative with a more than 200,000-word script, a stunning world and over 50 hours of gameplay — the world of King’s Bounty II is waiting to be discovered.

“The team’s core emphasis was to create a very story heavy and immersive experience that is shaped and driven by rich characters and a unique setting,” said Denis Maltzev, Lead Producer at 1C Entertainment. “King’s Bounty II is a genre in and of itself and offers a very unique and intriguing combination of RPG elements, turn-based strategy and fantasy elements which, when combined, really stand out. We are looking forward to sharing the beautiful world and its adventures with players.”

King’s Bounty II allows gamers to pick one of three heroes, each with their own personality and unique skill set, and journey out into the fantasy world of Nostria. There is much to explore – from recruiting, developing and commanding your personal army to venturing into a choice-driven world full of betrayal, sacrifice and survival. With big, bustling towns, small hamlets, frozen wastes in the north, wide grasslands and oppressive wetlands, King’s Bounty II offers the largest open world 1C Entertainment has ever created.