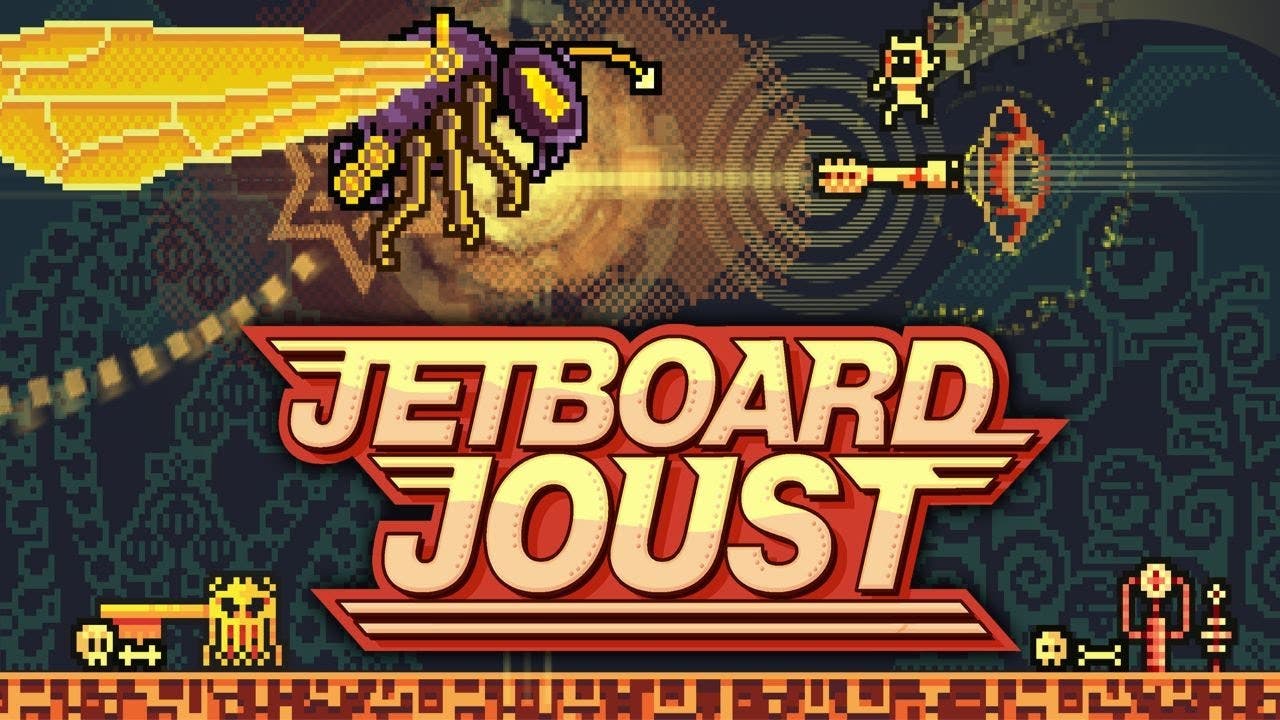 BATH, England – April 19, 2021 – Jetboard Joust, a joyous fusion of classic arcade shoot-’em-ups and modern roguelikes from publisher Freedom Games and developer BitBull, blasts onto Nintendo Switch on Tuesday, May 18, 2021. In keeping with Jetboard Joust’s old-school lineage, the game will also be available on the upcoming Atari VCS on May 18, 2021.

Jetboard Joust’s handheld debut comes three decades after the release of its predecessor, Skateboard Joust for the Commodore 64, ZX Spectrum, and Amstrad CPC microcomputers. Experience an action-packed mashup of old-school arcade action with modern roguelike design by patrolling the skies for alien invaders on a rocket-powered jetboard.

Maintain altitude to avoid incoming fire while trading laser blasts with extraterrestrial invaders. Wield a wide variety of weapons and rescue the planet’s would-be abductees from a monstrous fate. Overcome throngs of foes by turning the jetboard into a screen-clearing ballistic missile capable of wiping out advancing armadas, mutated creatures, and massive bosses.

Plunder gold coins in each procedurally-generated stage to purchase powerful upgrades, such as new armor, an expanded armory, and a range of jetboard tuneups that allow the hero to dominate the skies. Advance through the campaign, choosing branching paths after completing each world before squaring up against massive, multi-stage boss fights on the road to victory.

“When I developed the original Skateboard Joust as a kid in 1989, I never would have imagined one of my games would be available on a Nintendo console,” said James Closs, founder, Bitbull. “So I am over the moon to be launching Jetboard Joust for Nintendo Switch on May 18!”

Jetboard Joust debuts on Nintendo Switch and Atari VCS May 18, 2021 for $9.99 USD. It supports English, French, German, Spanish, Portuguese, Japanese, Korean, and Chinese (Simplified and Traditional) language options. Jetboard Joust is also out now on Steam for PC and Mac.

To learn more about Jetboard Joust, please visit the Steam Page, check out the development blog, and join the BitBull community on Twitter, Instagram, and Discord.