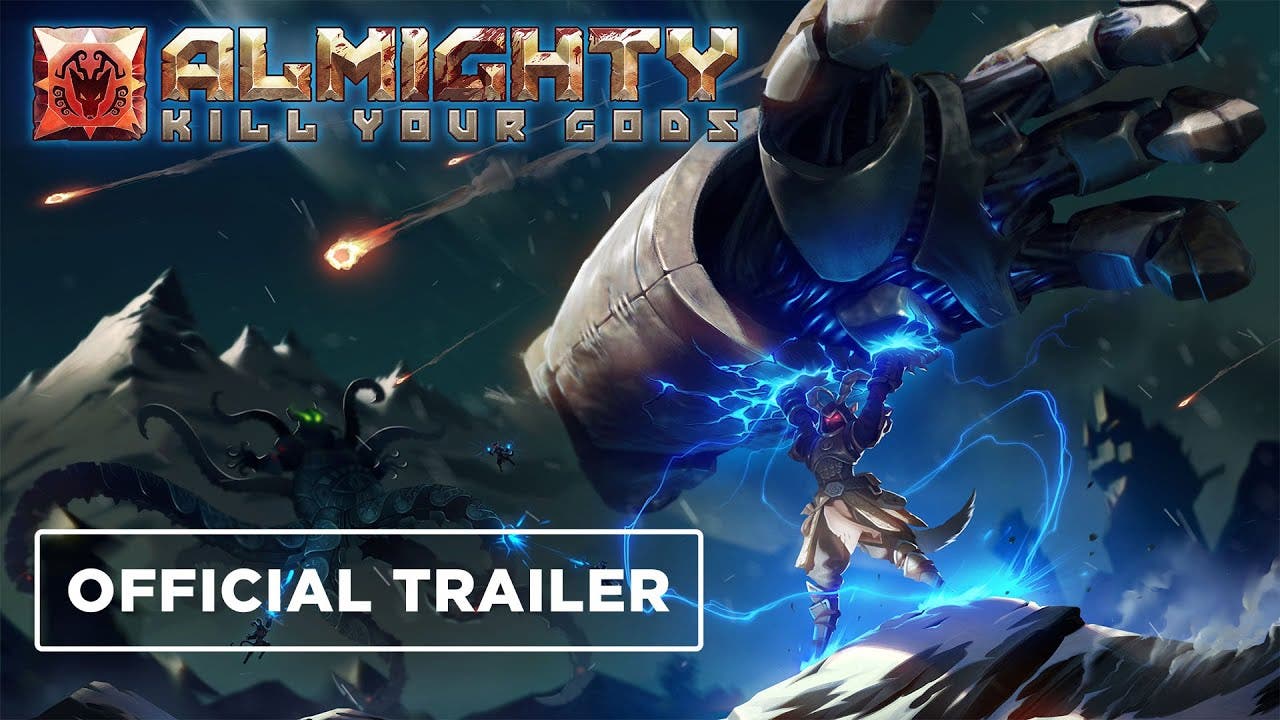 Baltimore, MD – April 22nd 2021 – Independent games publisher Versus Evil and developer RUNWILD Entertainment today announced that their third person co-op action RPG Almighty: Kill Your Gods will be coming to Steam Early Access on PC on May 5th with console versions following later in the year. A public playtest which begins on 26th April and gives action RPG fans a chance to try the game out for themselves.

In Almighty: Kill Your Gods, you take on the persona of an Alpha, a magical warrior infused with the power of your ancestors, reborn to take a stand for your tribe against the tyranny and oppression of the Elder Gods. Almighty: Kill Your Gods is a game about reclaiming and rebuilding your home in the face of impossible odds, armed with your magic gauntlets you’ll hunt demons, monsters, and gods taking them down with devastating ranged or melee attacks, or utilizing amulets to summon powerful spells.

Aside from big action and god sized fights, Almighty: Kill Your Gods is an action RPG geared around resource management, crafting and customization as much as it is about intense combat, allowing players to experiment with various loadouts with the freedom to create their very own playstyle and look.

With seamless online co-op gameplay, Alphas can team up and fight in packs of 4 as they hunt and take down the various demonic and powerful beings who threaten their world. These are frenetic monster sized battles where your combat skills and loadouts will be fully tested as you look to capitalize on valuable loot drops from enemies taken down in tandem with a player ally.

Teaming up also means players can help defend each other’s Island homesteads from devastating enemy raids and they can build and upgrade defensive towers, farms, and other  buildings, all of which will boost the homesteads local economy.

The dynamic sandbox design means that every play will be different, including the behaviors from roaming Gods and monsters. Anger these behemoths and watch as violence escalates and your Island changes.

“Almighty: Kill Your Gods is a single player and multiplayer action RPG with some amazing action, crafting and customization which brings a lot of different options players can experiment with. It’s safe to say we’re bringing a multi-layered action RPG with some monster sized action unlike anything else on the market right now.” said Steve Escalante, Versus Evil General Manager.

Players can request access to the public playtest here

To Wishlist Almighty: Kill Your Gods on Steam click here