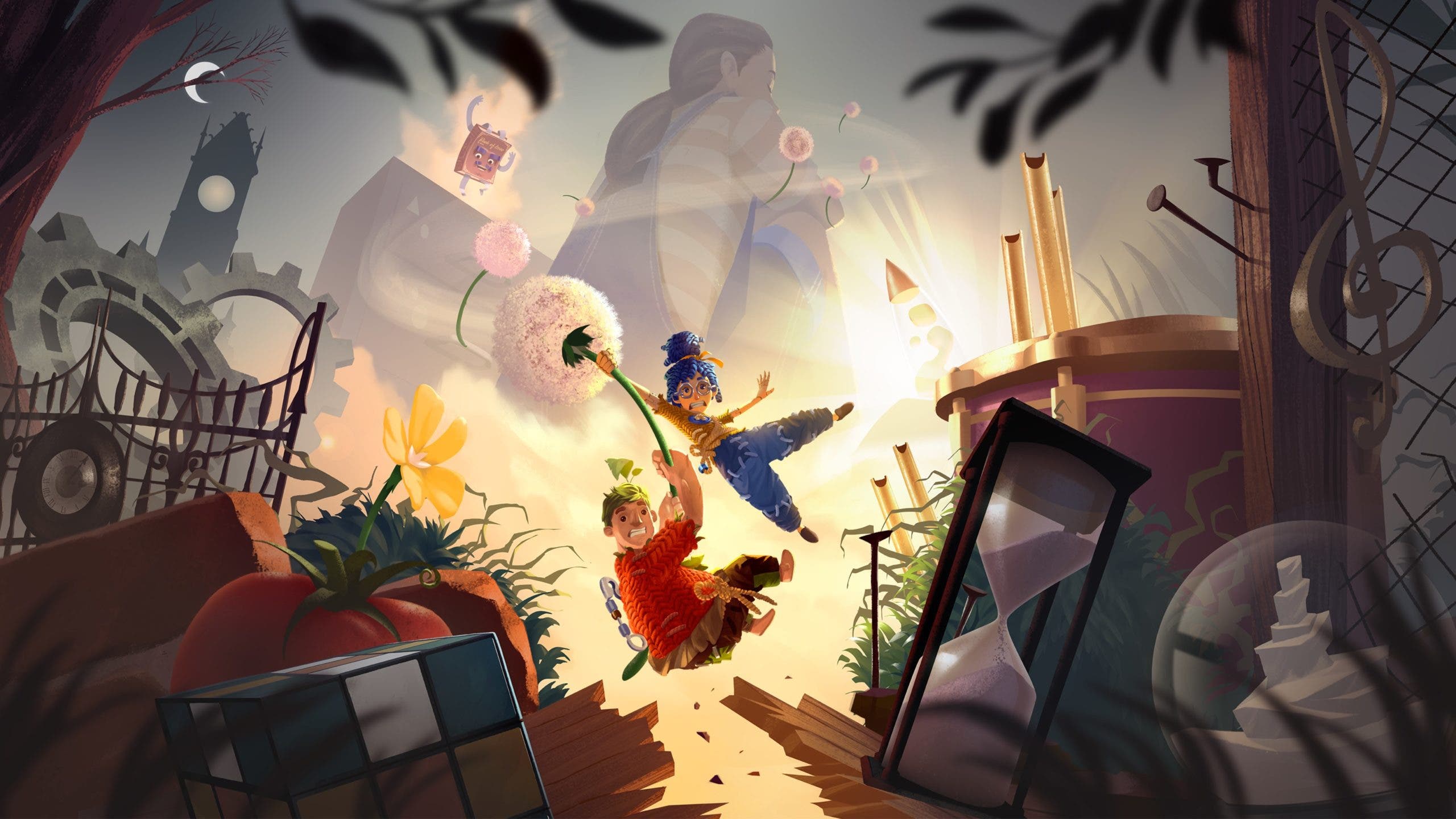 It Takes Two delivers one of the best cooperative gaming experiences on record, wrapped in a visually stunning package that exudes whimsy and adventure, and is accessible to players of nearly all skill levels. It’s a playful, genuinely enthusiastic romp through an incredible adventure about a couple in a fractured relationship, with inspired mechanics and pitch-perfect humor, and though the story has some pacing issues, it’s still a knockout hit that’s easy to recommend to anyone. 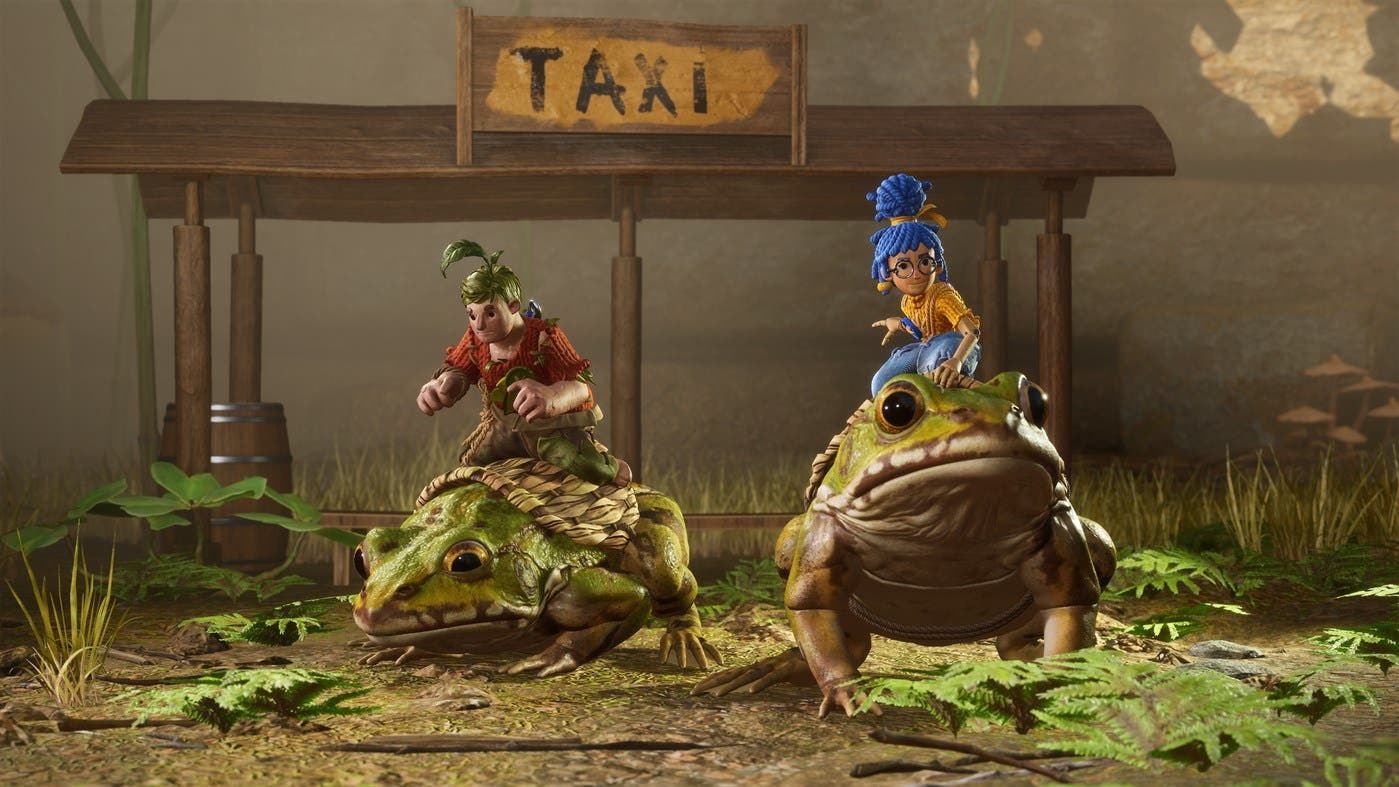 The game opens on Cody and May, the two embittered partners in a damaged marriage who you and your play partner will control on this magnificent journey. They disclose to their young daughter, Rose, that they’ve decided to divorce, Rose understandably runs to the garden shed to be alone, cries onto two of her dolls, and whammo! Cody and May find themselves magically inhabiting the toys, their corporeal forms left behind in a deep sleep, and thus begins their pint-sized quest to find their way back to themselves. They also unwittingly embark on a journey to, surprise surprise, fix their relationship and find their way back to each other along with their home.

Cody and May control identically and have the same move sets, however in each chapter of the game they’re bestowed unique, complimentary abilities that work in concert with one another to allow them to navigate their way though a variety of platforming puzzles, enemy encounters, and even boss fights. Most of the puzzle solving centers around unlocking the way forward to the next area, so while there is some amount of platforming involved, most of the puzzles are environmental in nature, making the game really easy for most people to pick up and play. It’s also extremely forgiving, owing to very responsive and well-tuned controls, an extremely generous checkpoint system, and quick/easy respawns that make failure a fairly low-stakes proposition that’s more just an occasional part of the exploration loop. 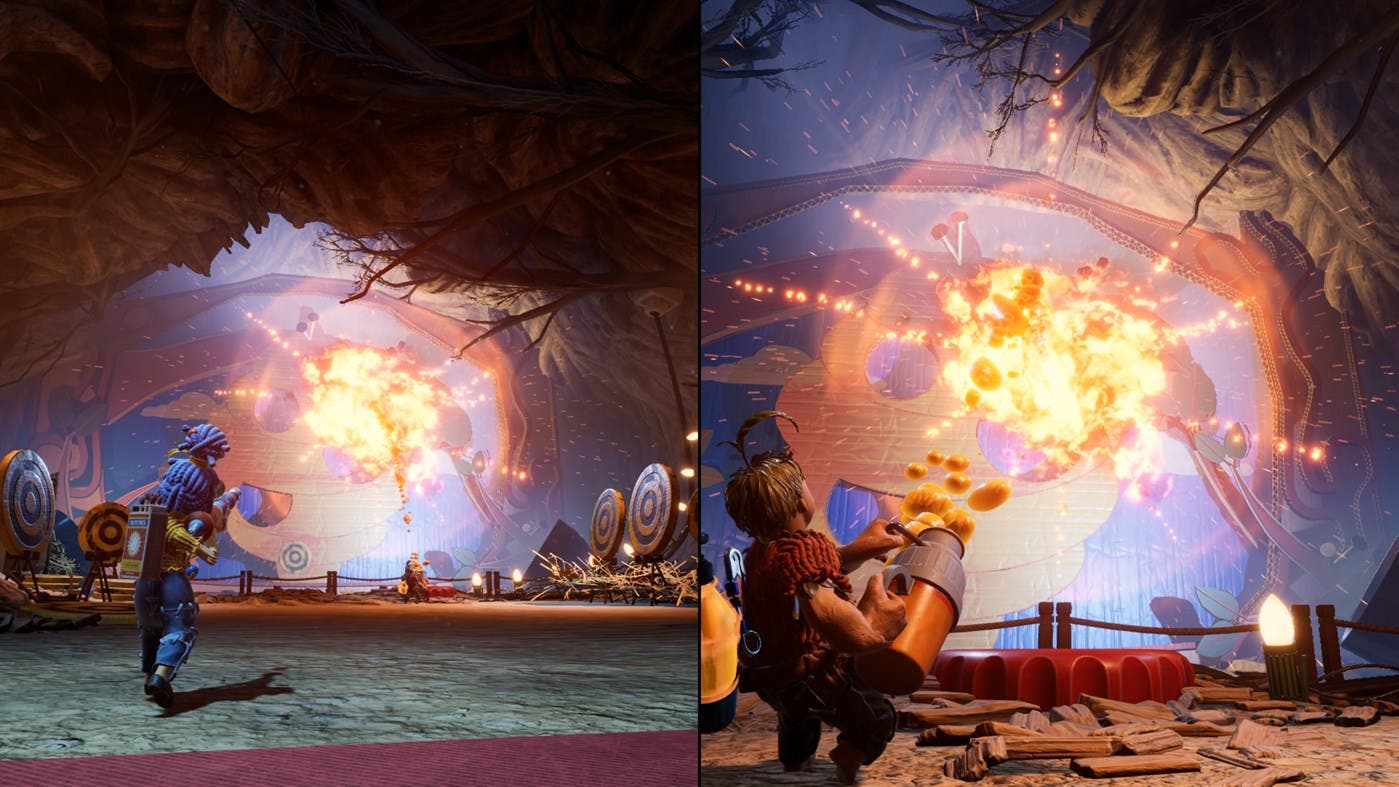 While the idea of primarily environmental-focused puzzle design in service of progression may conjure up memories of something like Portal 2‘s co-op, the puzzles in It Takes Two are generally quickly solvable and well-hinted in the environment. The focus of the puzzle design is specifically not on major challenge, but on encouraging collaboration to arrive at a solution. This of course has strong thematic ties to the game’s narrative, and you can and will feel the push and pull of Cody and May working together on their journey while still often being at odds with one another. It’s a very fun and rewarding experience for both players, especially in the sense that you and your co-op partner will feel like agents of positive change on Cody and May’s path to reconciliation and rescue.

Part of why this works so incredibly well is that every element of the game is executed fantastically. Visually, It Takes Two is stunning, even breathtaking in some moments. I would need more than two hands to count the number of times I stopped in my tracks to look around at the environments around me, as this game is just gorgeous in every respect. Locations and spaces are incredibly well designed, lighting and materials effects are used extremely well, and the visual language of the world is well-defined and consistent throughout. There are also just some truly excellent spaces where creativity runs rampant, from the incredible journey through the big tree in the garden to raid the wasp nest, to the utterly phenomenal trip through the rock and roll show inspired chapter in the attic. It truly feels like playing an adventure inspired by Pixar or Dreamworks films, with a healthy dose of Honey, I Shrunk the Kids thrown in for good measure. In these ways, It Takes Two delivers some wonderful helpings of nostalgia for adults, in a style that will be exciting and wonderful for younger players as well. 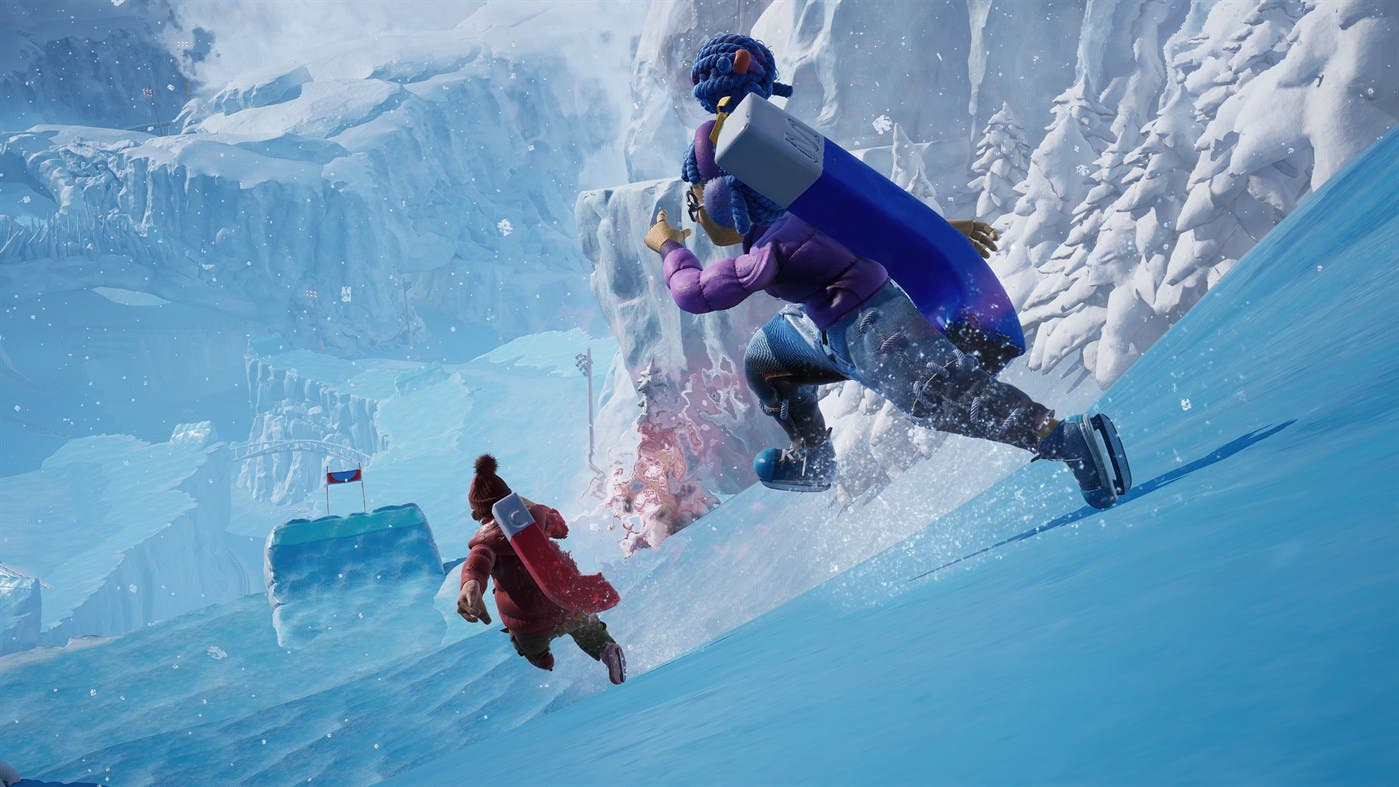 There’s also really great creativity on display in the player abilities, too, and the frequency with which those abilities are traded out and the variety of puzzle solving that arises from them keeps the act of playing the game fresh, fun and engaging throughout. Whether it’s a hammer and nail being used to traverse chasms or open doors, a goo-gun and a match-launcher for burning down obstacles, or magnet boots and a size-changing belt for traipsing through a space base, the game is constantly bringing new toys to bear, most of the time before the current set overstays its welcome. There are plenty of opportunities to mess with your partner while you play, which is its own form of fun, but the act of using your tools together to overcome challenges is a constantly rewarding cycle.

**This section contains spoilers for It Takes Two’s story.**

If It Takes Two has any flaws, they come up in the narrative sequences. While overall the story is fairly strong, the game paints adult concepts like divorce with a broad brush that clearly takes its inspirations from how children’s movies of the 90s and 00s may have tackled these ideas, and the result is that you can largely see the shape of the story arc way in advance, and the stakes for May and Cody’s relationship feel relatively low compared to that of their actual journey to get back to their bodies. I found myself wondering at several junctures if the game would in fact subvert my expectations, and result in a more mature (and possibly realistic) resolution in which May and Cody learn to reconcile their differences and embark on a healthy co-parenting journey alongside their divorce (and thus, leave the story tinged with the sting of sadness that most stories of this nature tend to come with), but when the central theme of the game is clearly about repairing their marriage, the odds of that happening were always low.

This is, after all, a game focused on collaboration (the truest form of cooperative activity), so the idea that the resolution would be anything other than the successful repair of Cody and May’s marriage was always a bit of a stretch. And to be clear, I don’t have any problem with a story that has an extremely happy ending for everyone involved. What I really experienced a disconnect is that the conflict between the troubled pair wasn’t particularly believable, especially in the game’s third act when they’re so focused on patching things up (even if it is against their will and at the behest of Dr. Hakim, anthropomorphic marriage counselor extraordinaire).

Even this problem wouldn’t be so bad, but the knock-on effect is that any time the game breaks away from the action to focus on Cody and May’s marital troubles, it feels like the wind is being taken completely out of the sails. We know they’re working on fixing this, we know they HAVE to patch things up in order to make their way back to their real bodies, and we have pretty good reason to believe that’s all exactly what’s going to happen, so the cut scenes in the third act end up feeling more like filler and less like the tension building they’re probably supposed to be. Luckily, when you get back into the act of playing the game, all of that melts away and you’re able to focus on how incredibly fun of an experience It Takes Two truly is. 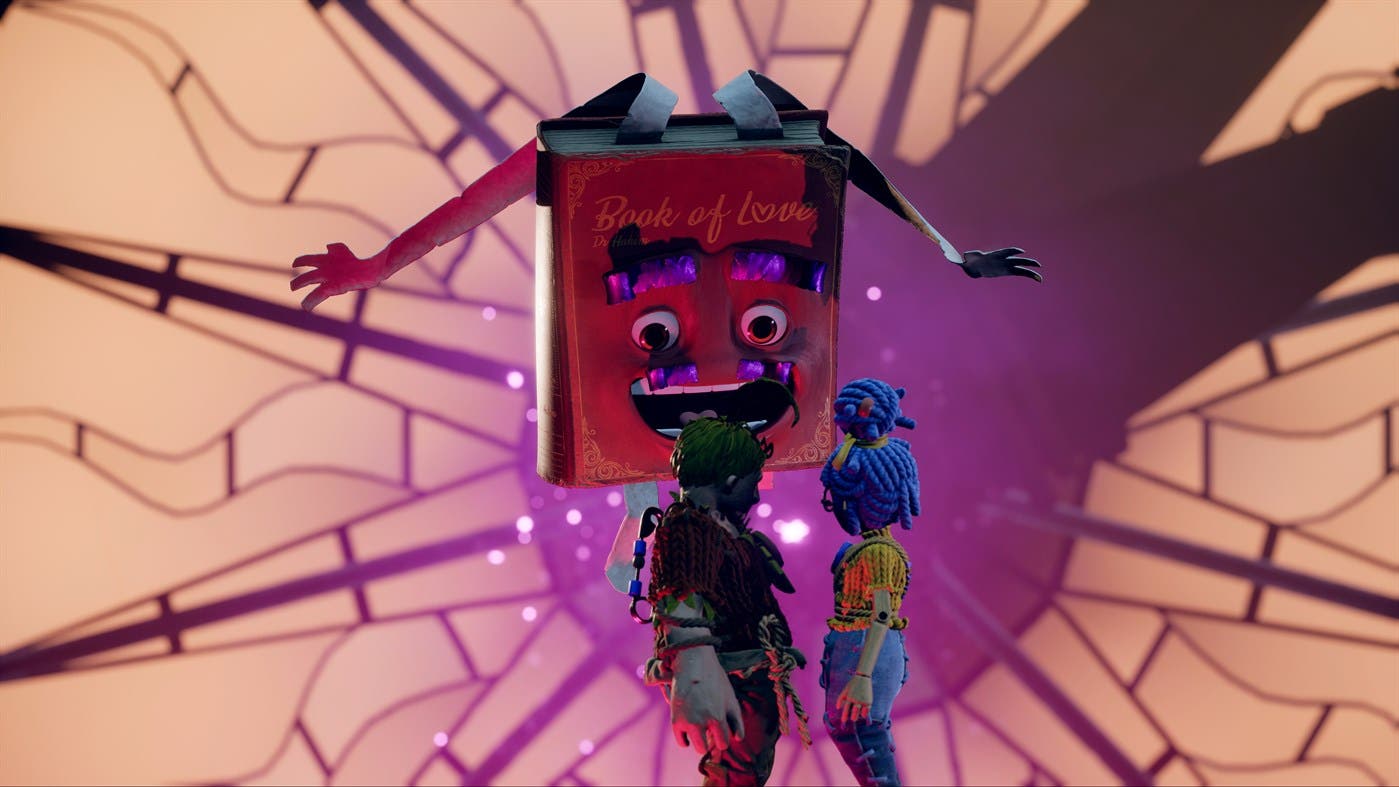 I mentioned Dr. Hakim before, but I feel compelled to circle back on his character in particular because I honestly can’t decide what to make of him. Voiced by Joseph Balderrama (who also voices Cody), Dr. Hakim is a literal “Book of Love” come to life, and a self-proclaimed world-famous expert on love. Dr. Hakim provides most of the game’s comic relief and easily has all of the best lines. He steals nearly every scene he’s in, which is largely by design but you get the sense that there’s some meta humor here around this being Cody and May’s adventure with Dr. Hakim muscling his way into as much of the spotlight as he can. It’s a good gag, and it works pretty well for the most part.

What I can’t quite reconcile is that a lot of the character’s mannerisms rely on what feel like some traditional stereotypical “over-exaggerated, extremely zealous, highly animated person from a country other than America” tropes. Dr. Hakim himself is very much a positive force in the game (let’s say he’s Chaotic Good on the alignment chart), is both witty and charming in equal measure, and exudes confidence and bravado. These are all great aspects of the character, but the reliance on a heavy Spanish accent (a la Puss in Boots), and the use of an Arabic surname which may or may not be related, conjures memories of characters created to be “exotic” for the sake of spectacle, and knowing the storied history of how these characterizations in movies and cartoons have often been somewhat (or completely) racist, my knee jerk reaction was to wait in dread for when Dr. Hakim said or did something that would unfortunately push him into that category. 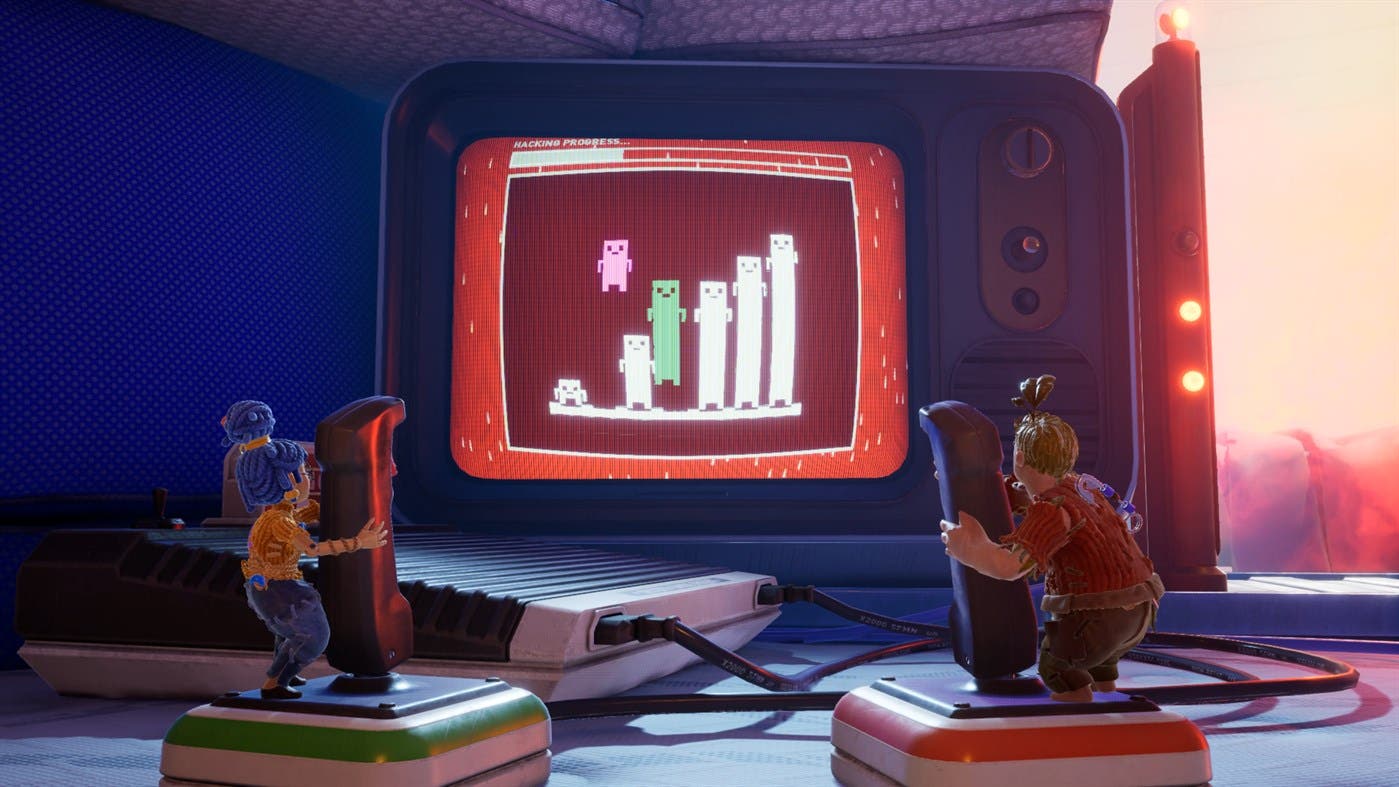 Luckily, that moment never came, and it’s clear the writers were very conscious of this potential problem and took pains to depict Dr. Hakim as a fun character who acts in celebration of everything he is. I found myself asking if Dr. Hakim would “work” as well without that characterization, and ALSO whether it would help or hurt the game to NOT have a character representing somebody who isn’t clearly white. For the most part, Dr. Hakim and his lines (and presumably, the comedic timing in his delivery) would exist more or less identically were he instead Dr. Johnson (heh), which is a good sign that the character isn’t dependent upon the specific characterization to be funny, and therefore that is simply part of his identity. Similarly, I think it’s always preferable to improve representation in casts where ever possible.

Optimistically (and perhaps naively), I like to think Dr. Hakim is a strong character in the game, and that in many ways his characterization may exist specifically to undermine the legacy of strong negative stereotypes in media, but it’s probably also not my call to make. 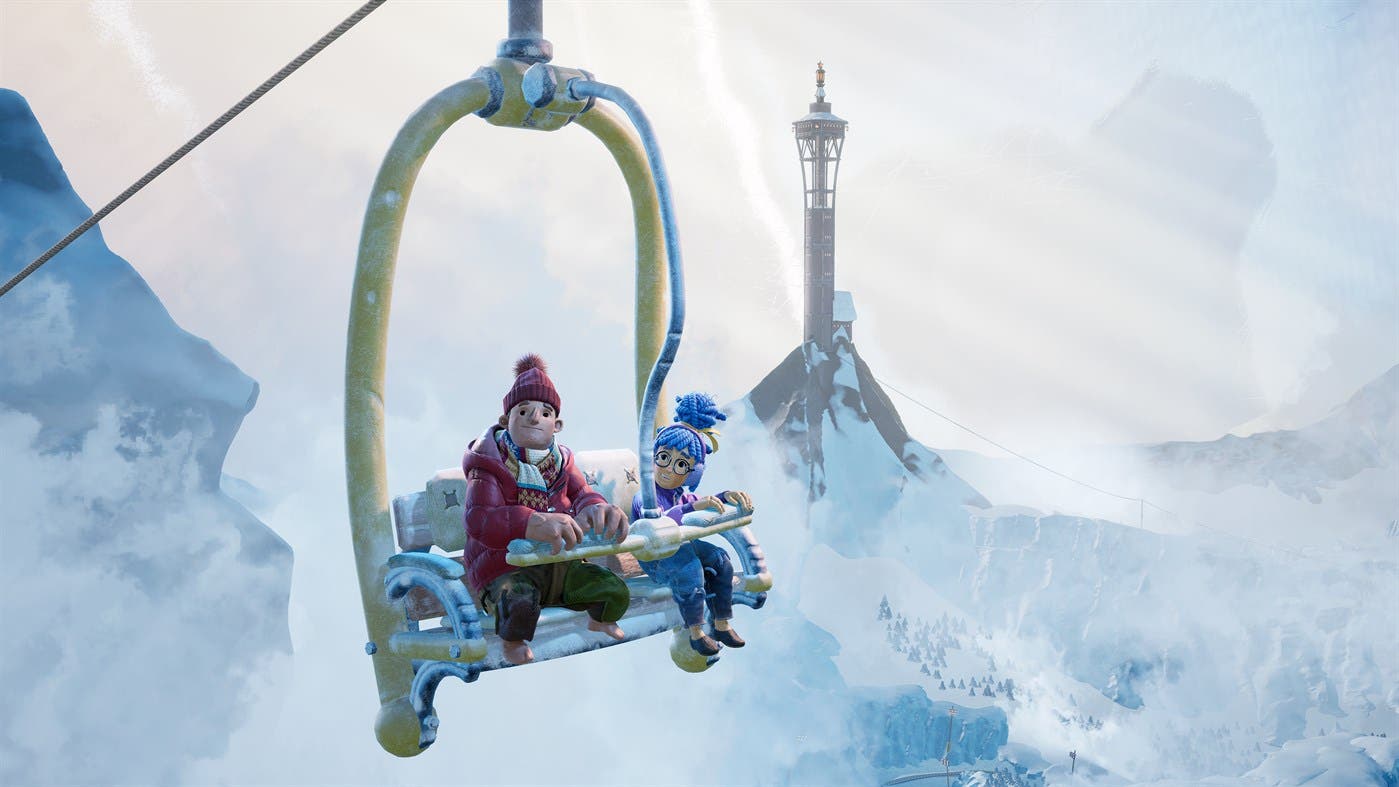 Regardless, it’s a good thing Dr. Hakim is in It Takes Two, because as I’ve mentioned, the pacing in the third act gets pretty slow and drawn out, and often times his presence and his wit are the only saving grace of scenes that are otherwise pretty dull. Unfortunately, a few of the later gameplay segments also get to be a bit hit or miss, and you get the sense that the team at Hazelight really did try to put every idea from the drawing board into the game, for better or worse. While I think there may have been some room for slimming down some of that later content, I do have to commend them for exploring creatively, and its entirely possible there are far more ideas on the “cutting room floor” than made it in, so to speak. I think that the final act could probably have been about one-half to two-thirds as long in duration and been just as effective, though.

Despite some of the unevenness and slowness toward the end, It Takes Two is still a fantastic experience that elevates cooperative games to a level they are rarely treated to, and is one of the most fun games you’ll have played with a friend or partner in years. I love what Hazelight is doing to revitalize the genre and think of new ways to make it fresh and fun, and the focus on collaborative play is a huge part of why the game is so damned successful. It’s an absolutely joyful experience nearly throughout, and the innovative mechanics, beautiful visuals, and inspired locations will keep you engaged from beginning to end on this journey unlike any other.