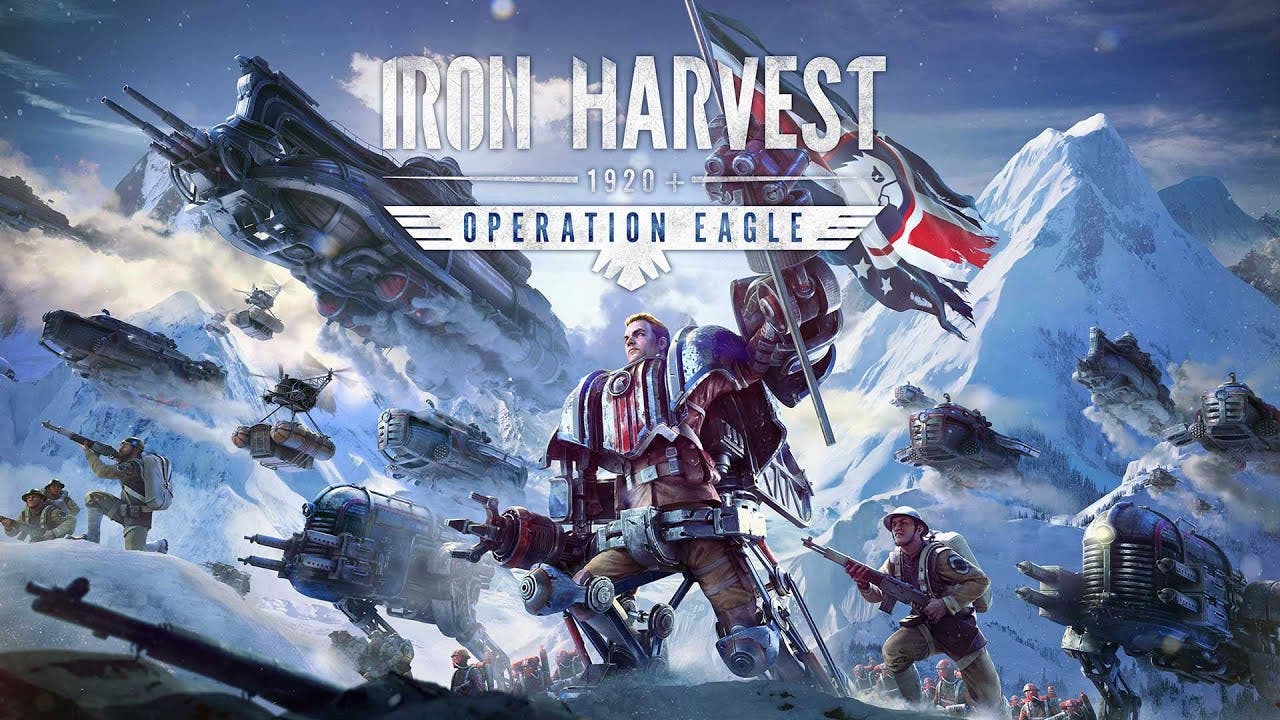 To celebrate the announcement, KING Art Games has a sneak peek of the Usonia faction’s grand entrance into the battlefields of Iron Harvest.

Iron Harvest: Operation Eagle releases for PC on Steam, Epic Games Store, and GOG on May 27th with a list price of $19.99.

At the dawn of the 20th century shortly after the end of World War I, the world is full of secrets, mysteries, opportunities and challenges. Tradition clashes with scientific and technological progress as Europe recovers from the brutal battles of the World War. Launched to critical and commercial success in 2020, Iron Harvest is classic RTS gameplay at its very best.

In an exciting first, Iron Harvest: Operation Eagle will launch on Steam as an exclusive standalone product. This means that players who are new to Iron Harvest or want to check out Operation Eagle only can begin their conquest without purchasing the original base game (Steam only).

The standalone Steam version will contain the entire Usonia campaign along with the Polania tutorial levels and allows all players to compete in all multiplayer modes. Operation Eagle is also available as a standard DLC add-on for existing players on Steam, GOG, and Epic Games Store.

About Operation Eagle:
The American Union of Usonia stayed out of World War I and became an economic and military powerhouse, unnoticed by Europe’s old elites. Relying heavily on their “Diesel Birds,” the Usonia faction brings American might to the Iron Harvest battlefield.

*Every Iron Harvest player will get access to new units, buildings and maps via matchmaking.

KING Art Games and Valve have agreed on a Steam Free Weekend Deal starting from April 29th to May 3rd. During this special event players can download Iron Harvest for free and enjoy the award-winning story campaign and test their skills together or against friends in intense multiplayer battles.