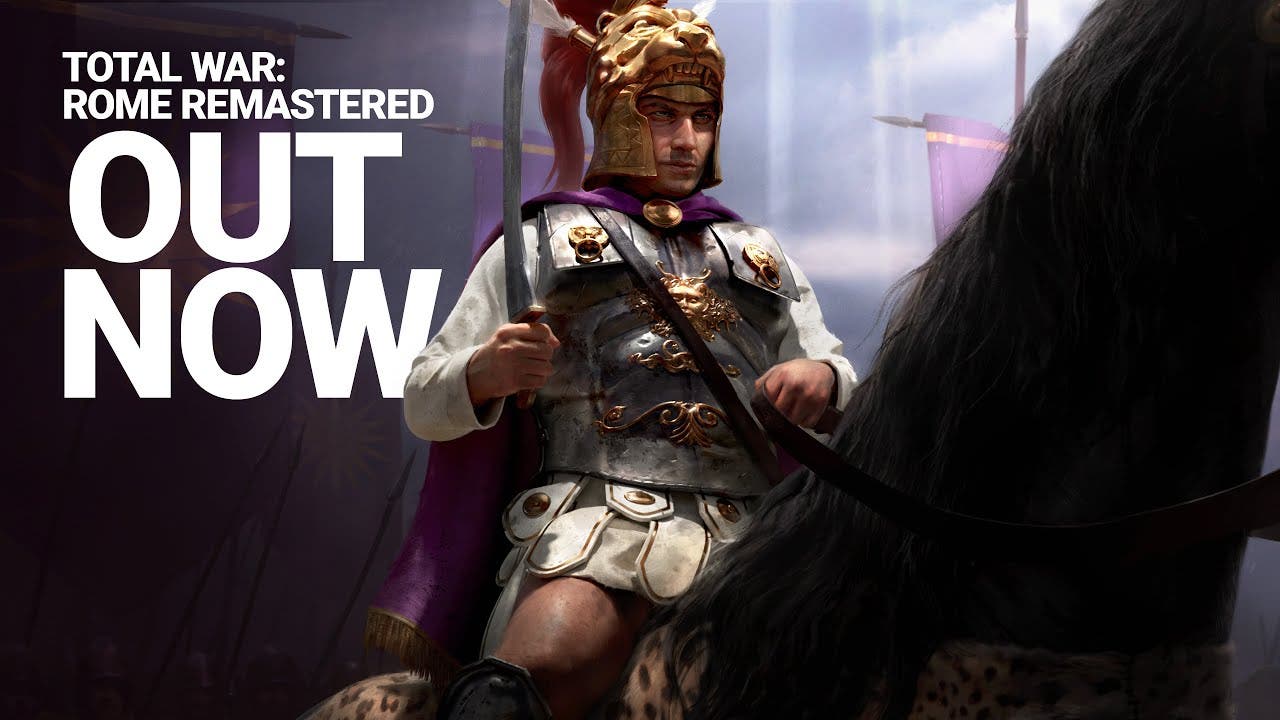 Total War: ROME REMASTERED is out now, experience this classic game with improvements and modernizations all-around

Out now, Total War: ROME REMASTERED lets you relive the legacy that defined the award-winning strategy game series. With new and improved features such as fully overhauled visuals, ultra-high-definition resolution support, an expanded faction roster and improved accessibility, there has never been a better time to revisit a true classic.

Wage war across new fronts with 16 previously unplayable factions to play on top of the original 22 and send the new Merchant agents on missions to establish lucrative trade networks across the map, buy out rival Merchants, and assert your empire’s economic power.

Players can exercise more control than ever with new features such as a tactical map during battles, plus heat maps and icon overlays in campaign mode. Existing mechanics have also been improved, including an overhauled diplomacy system, wider camera zoom levels throughout the game, and camera rotation on the campaign map.

A swathe of improved support has been added, including a redesigned tutorial, a new in-game Wiki, expansive advice and tooltips, and improved accessibility for color blind players.

Players can enjoy cross-platform PVP multiplayer between Windows, macOS and Linux, a first for the Total War franchise.

ROME REMASTERED includes the Barbarian Invasion and Alexander expansions in glorious new detail, and players will also gain access to the original ROME: Total War Collection (only playable on Windows).

In case you missed it, we recently recruited comedian Phil Wang for a new series called Total War: Guide To Invading Britain. Watch as he attempts the improbable task of trying to invade Britain like the Romans did, starting off with him getting to grips with the basics.