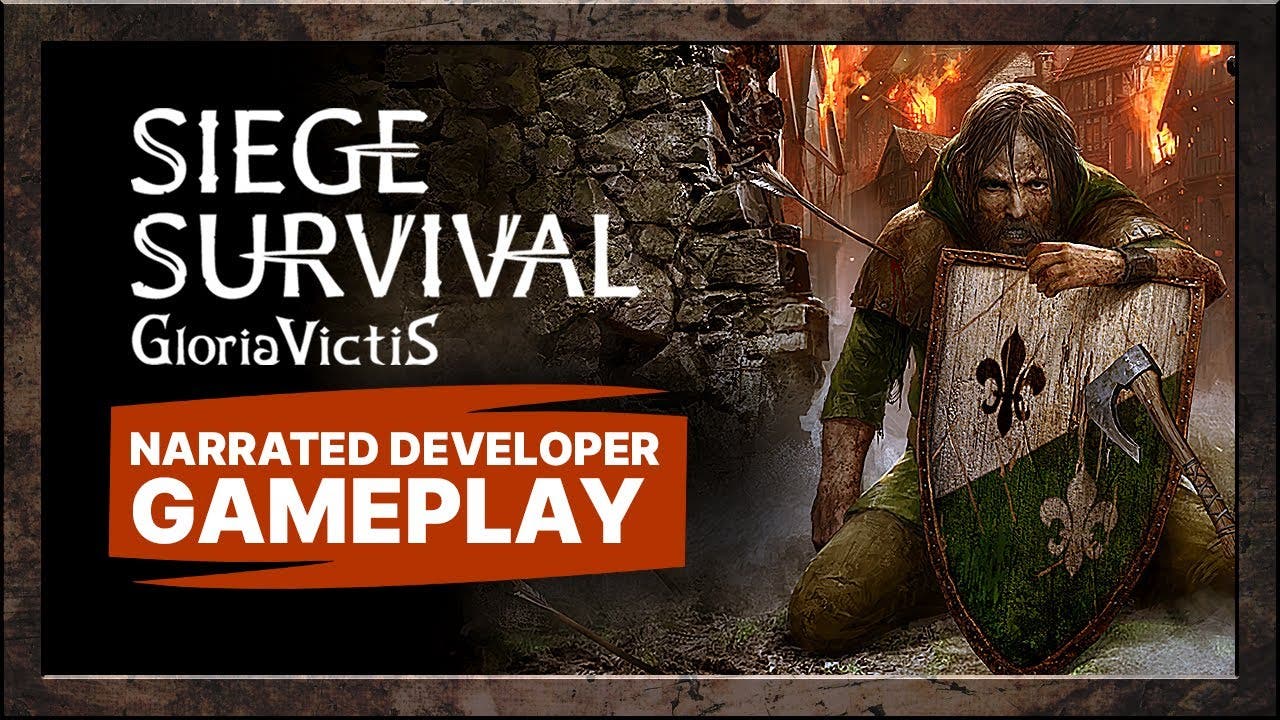 Larkspur, Calif. (April 30, 2021) – Koch Media and Black Eye Games have confirmed the launch date for Siege Survival: Gloria Victis. The game will be available on Steam, Epic and GOG with an MSRP of $24.99 on May 18, 2021. There will be a launch discount of 20 percent off for the first week.

The medieval survival management strategy game tells the story of how a humble band of civilians, trapped by a besieging army in the small keep of the city, attempts to keep the last defending troops equipped – and the survivors alive – as they wait for a desperately needed relief force to end the siege. Build your base, craft supplies, scavenge the fallen city for resources and carefully manage your survivors to keep them alive and able to support the last remaining troops standing between you and the invading barbarians.

There’s also a recently updated, fully playable demo that allows users to experience the first seven days of the campaign that is available on Steam: https://store.steampowered.com/app/1167140/Siege_Survival_Gloria_Victis/

In Siege Survival: Gloria Victis your country has been invaded by ferocious warriors from the north and your city is now under a brutal siege. In your hands lies the fate of a small group of civilians who are trapped in the last remaining stronghold and are hanging on for dear life.

Although you don’t participate in the fighting directly, their survival and that of the entire city is left to you as they try to support and supply the remaining soldiers who defend the walls on what little resources you can manage.

All this is woven into a grim narrative with numerous moral dilemmas forcing the player to regularly make tough decisions as they scavenge the city of Edring and desperately try to save it and themselves from impending doom. Sustain the troops or keep the civilians alive? Only the player can decide.