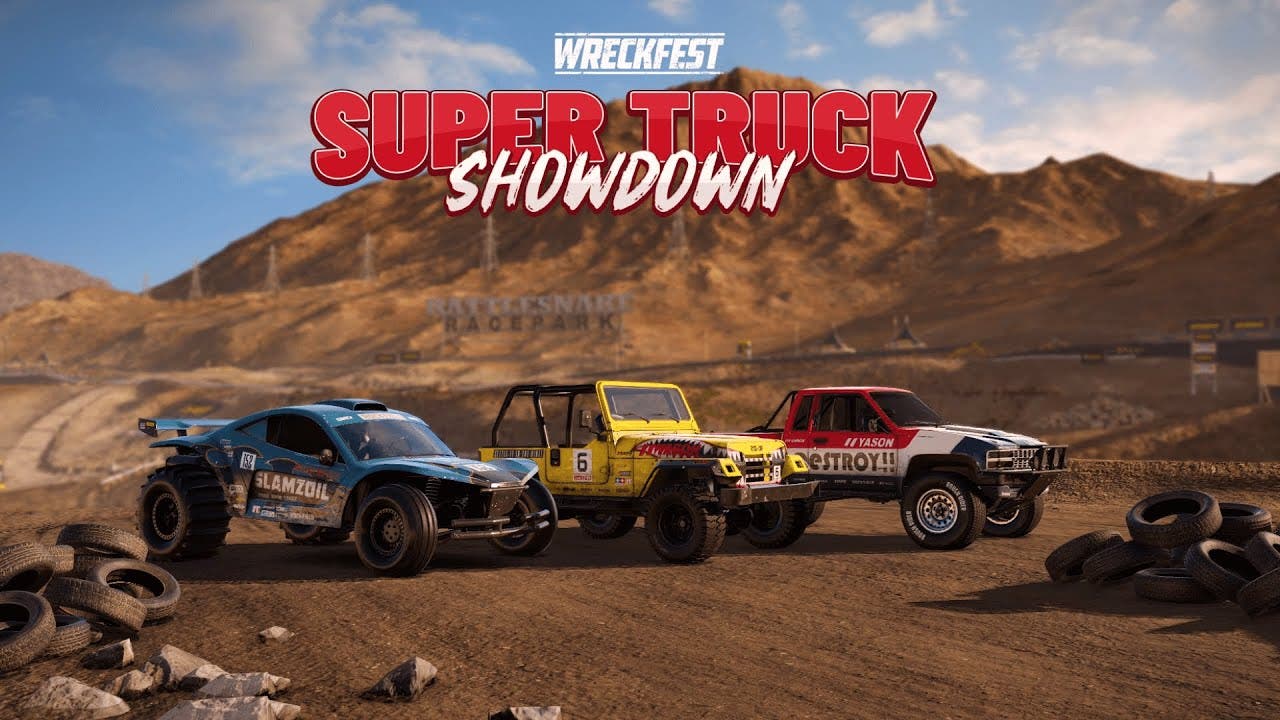 Vienna, Austria / Helsinki, Finland, May 4th, 2021 – The Super Truck Showdown tournament and the Off-Road Car Pack are out now for PC, Xbox One™ and PlayStation®4! This event is all about Stadium Super Trucks hitting both dirt and tarmac. The new epic track, the Rattlesnake Racepark, pays homage to real super truck dirt tracks with signature steep jumps, technical turns and majestic mountain scenery. Trooper: This legendary American beast is built to last, and will take you to off-road hell and back without breaking a sweat.
Trophy Runner: Previously a workhorse from Asia, this custom-built super truck will give anything a run for its money on dirt.
Sandstorm: This mean machine eats dirt like there’s no tomorrow, and excels on twisty off-road tracks with tight corners!

The tenth DLC pack is included in Season Pass 2.