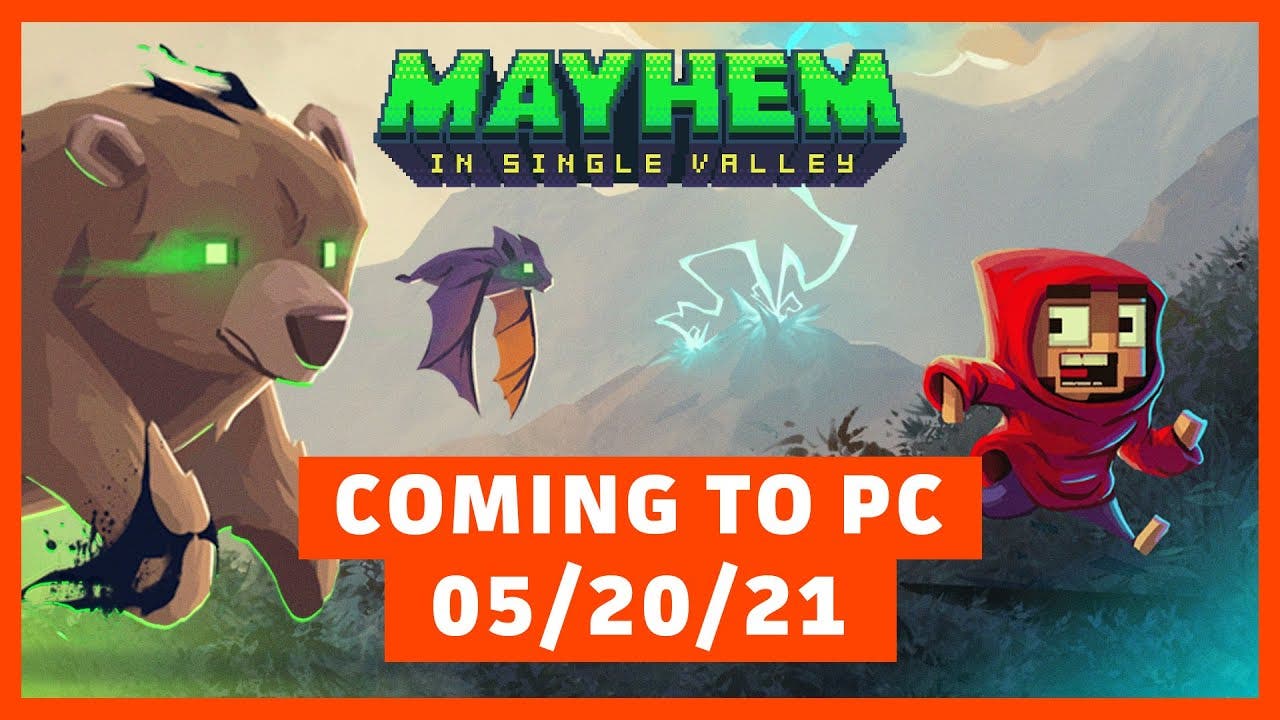 06 MAY 2021 – We are thrilled to announce the release date of our upcoming action-adventure Mayhem in Single Valley, with a brand new trailer and playable demo!

Coming to PC via Steam on May 20th, Mayhem in Single Valley follows the chaotic story of Jack, a teenager who wakes up one day in his small, quiet hometown, and accidently causes the apocalypse.

Players will take on radioactive squirrels, ghost-filled school corridors and the endless struggle to make their hometown proud as they try to hide the fact the end of the world miiiight have been their fault.

We are also excited to announce the release of the new demo for Mayhem in Single Valley – Prologue. It’s the first chapter of the game that features one hour of the crazy squirrel-smacking action.

Mayhem in Single Valley on Steam