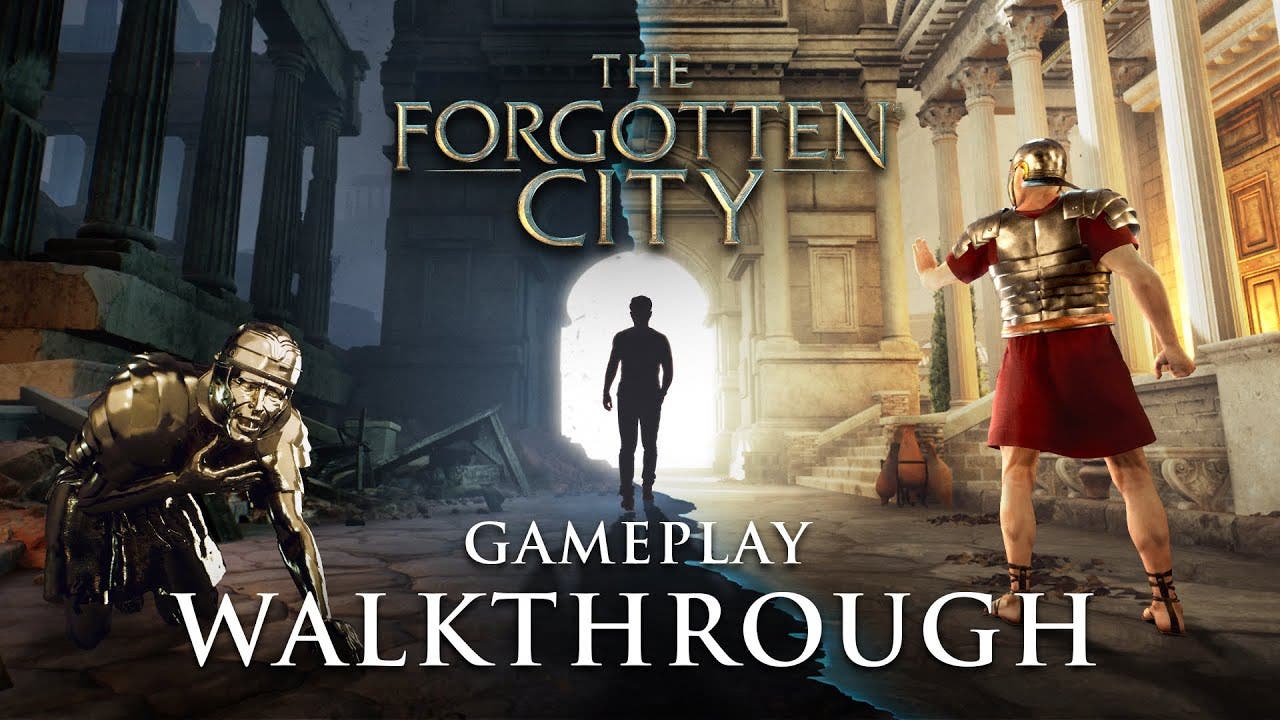 Melbourne, Australia (May 19, 2021) – Working in partnership with publisher Dear Villagers, indie studio Modern Storyteller released a narrated gameplay walkthrough video for their debut title The Forgotten City, which is coming to PC, Nintendo Switch, PS4, PS5, Xbox Series X, and Xbox One in July 2021. Narrated by voice actor Steven Kelly – voicing Galerius, the video takes you on a nine minute (spoiler free) tour of the eponymous city, showcasing the sort of intrigues and dangers players can expect to encounter.

The Forgotten City is a narratively driven murder mystery game of exploration and deduction, and a re-imagining of the critically acclaimed mod that won a national Writers’ Guild Award and racked up over 3 million downloads.

Trapped in a secret underground city during the Roman Empire, 23 lost souls cling to life. In this precarious utopia, if one person breaks the mysterious Golden Rule, everyone dies. Players must relive their final moments in an endless loop, changing the course of the day with each secret they uncover. Combat is an option, but violence will only get them so far. Only by cleverly exploiting the time loop and making difficult moral choices can they hope to unravel this murderous riddle.

“After so much hard work, it feels great to finally show off the Forgotten City,” says Nick Pearce, founder of Modern Storyteller. “What you see in the trailer is just the tip of the iceberg. There’s plenty of surprises still to come!”