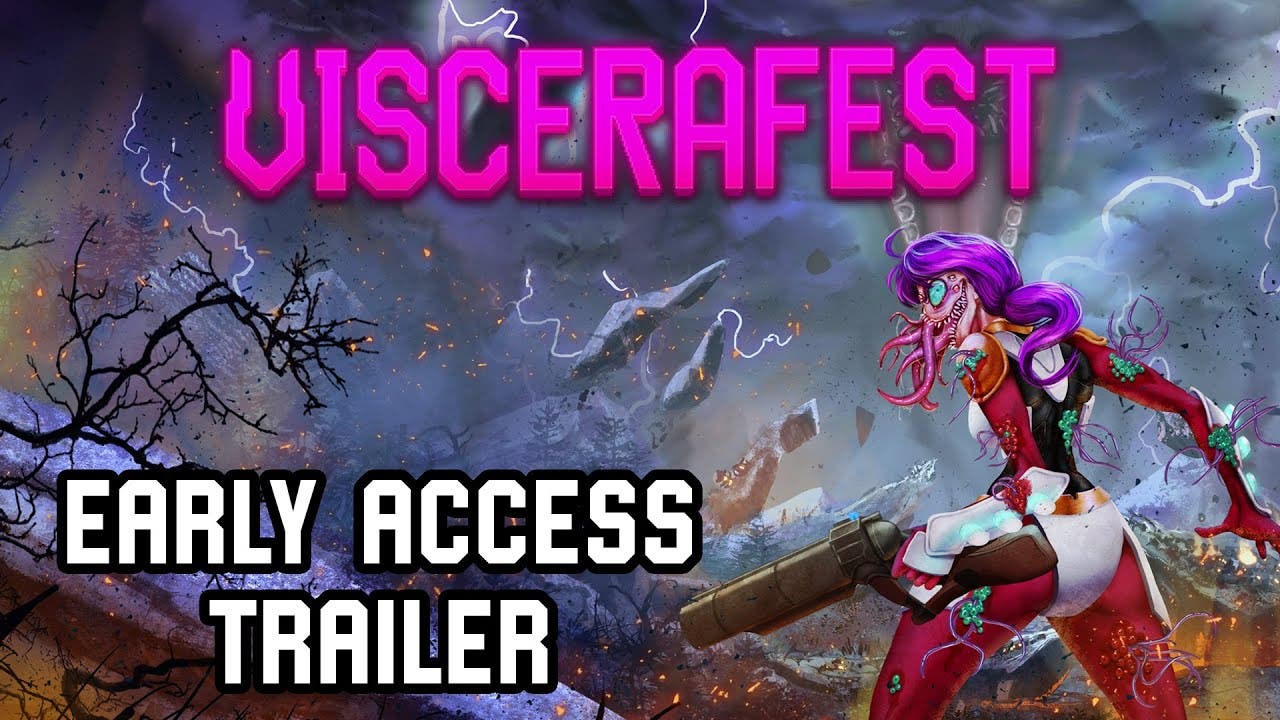 Prague, Czech Republic – May 20, 2021 – Viscerafest, the sci-fi fantasy arena FPS published by 1C Entertainment and developed by Acid Man Games and Fire Plant Games, blasts into Early Access today via Steam, GOG, Epic Games Store and other digital platforms for $14.99 USD / €14.99 EUR, accompanied by a 15% discount during the first week!

The Early Access version includes an introductory prelude level, the game’s main and chapter 1 hubs, and the entirety of the first chapter with 7 levels to play through. It also features 8 of the enemies, and 6 (out of total 9) of the game’s weapons. The second chapter is planned to be added down the line during the Early Access period. The hub’s primary features together with the third chapter are planned for the game’s full launch.

Viscerafest is a sci-fi fantasy single player arena FPS where you take the role of Caroline, a bloodthirsty, psychopathic mercenary who wants nothing more than to marry her wonderful boyfriend Athens Fetter. Problem is money’s tight, and rings aren’t exactly cheap. But thankfully there may be hope for her yet, as a warlock named Cromune has acquired a rather hefty bounty on his head.