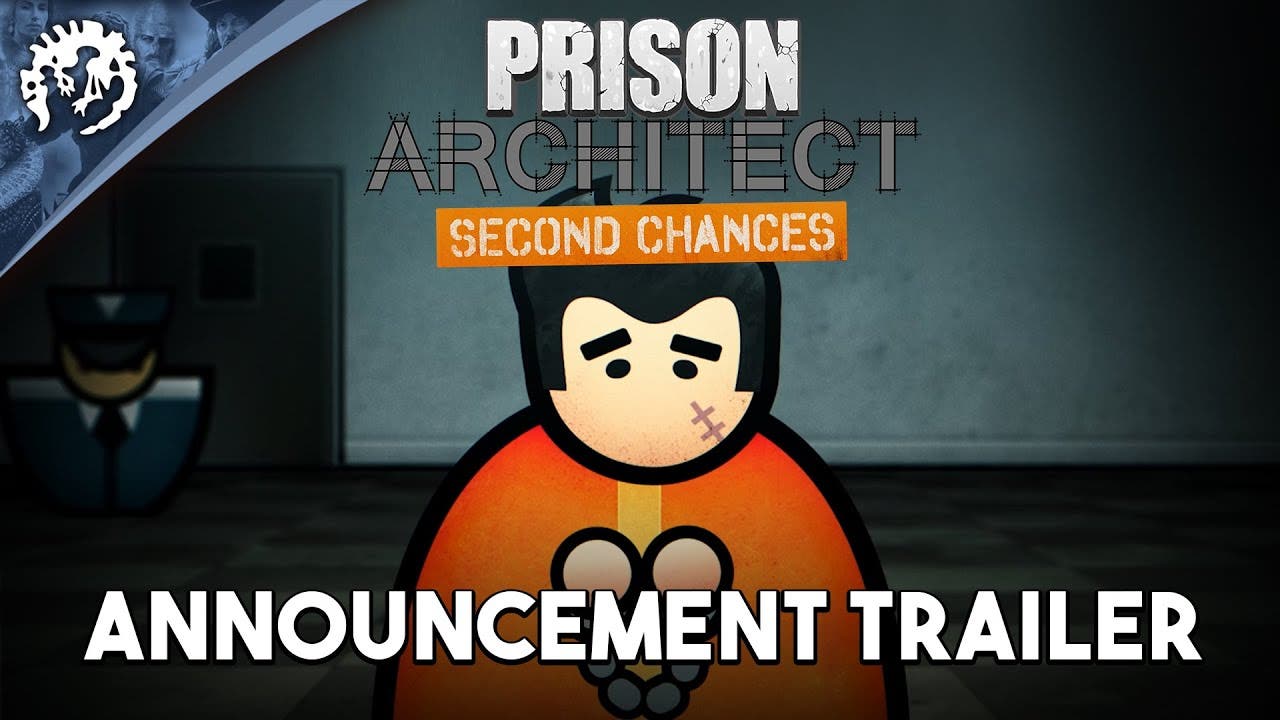 Life is all about Second Chances in next expansion for Prison Architect, releasing in June

STOCKHOLM — May 21, 2021 —  Paradox Interactive and Double Eleven announced the next expansion for Prison Architect, titled Second Chances, during today’s PDX CON Remixed showcase. Prison Architect: Second Chances introduces prisoner rehabilitation programs, allowing inmates to reduce their sentences and reintegrate into society. The Second Chances expansion will launch first for PC, Xbox One, and PlayStation 4 on June 16, and will arrive later for Nintendo Switch on June 29.

Each program in Prison Architect: Second Chances offers a different means of rehabilitating a prisoner and changing their behavior. This includes opportunities for inmates to socialize with civilians, take classes on peaceful conflict resolution, and more. Positive behavioral changes can lead to sentence reductions, giving inmates a chance to return to their lives beyond the prison. Reoffending inmates will cost Wardens, encouraging players to implement and oversee these programs with care.

“Inmate rehabilitation in Prison Architect is something we have wanted to explore for a while, but we needed to research how to do it properly first,” says Gaz Wright, Games Design Manager on Prison Architect at Double Eleven. “The programs in this expansion have been implemented in correctional facilities around the world and have started to see real results. We strived to make their implementation in Prison Architect feel authentic while maintaining the signature style players have come to expect from the game.”