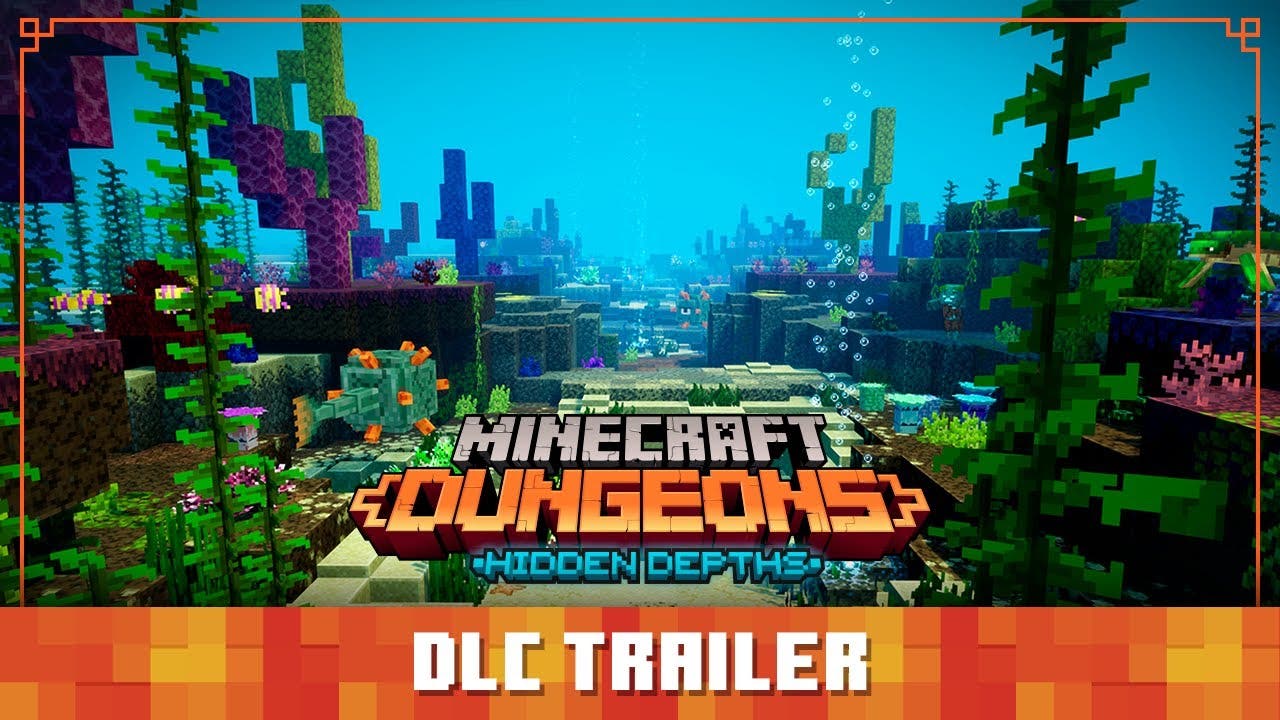 Minecraft Dungeons is officially one year old! In celebration of this momentous day, we released Hidden Depths, the new underwater DLC for the game, plus the start of a very special Anniversary in-game event.

Hidden Depths includes both paid and free content, and will unlock new ocean-inspired weapons, gear and artifacts such as the Coral Blade, Bubble Bow, Anchor and Turtle Armor as well as includes more new mobs like Sunken Skeletons and a powerful new enemy, Raid Captains. In addition to this new aquatic content, we also brought in a familiar feature from Vanilla Minecraft – in order to maintain oxygen while swimming, players must swim through streams of air bubbles to refuel and continue their Hidden Depths exploration.

Today is also the first day of our Anniversary Event, where players can jump into seasonal trials with special in-game rewards including an event-exclusive cake inspired cape that’s the icing on top of the seasonal trials. The seasonal trials are available until June 8, so hop into the game before the event concludes.

For more information on today’s Minecraft Dungeons news, please visit Minecraft.net, and @dungeonsgame on Twitter for the latest news and updates.